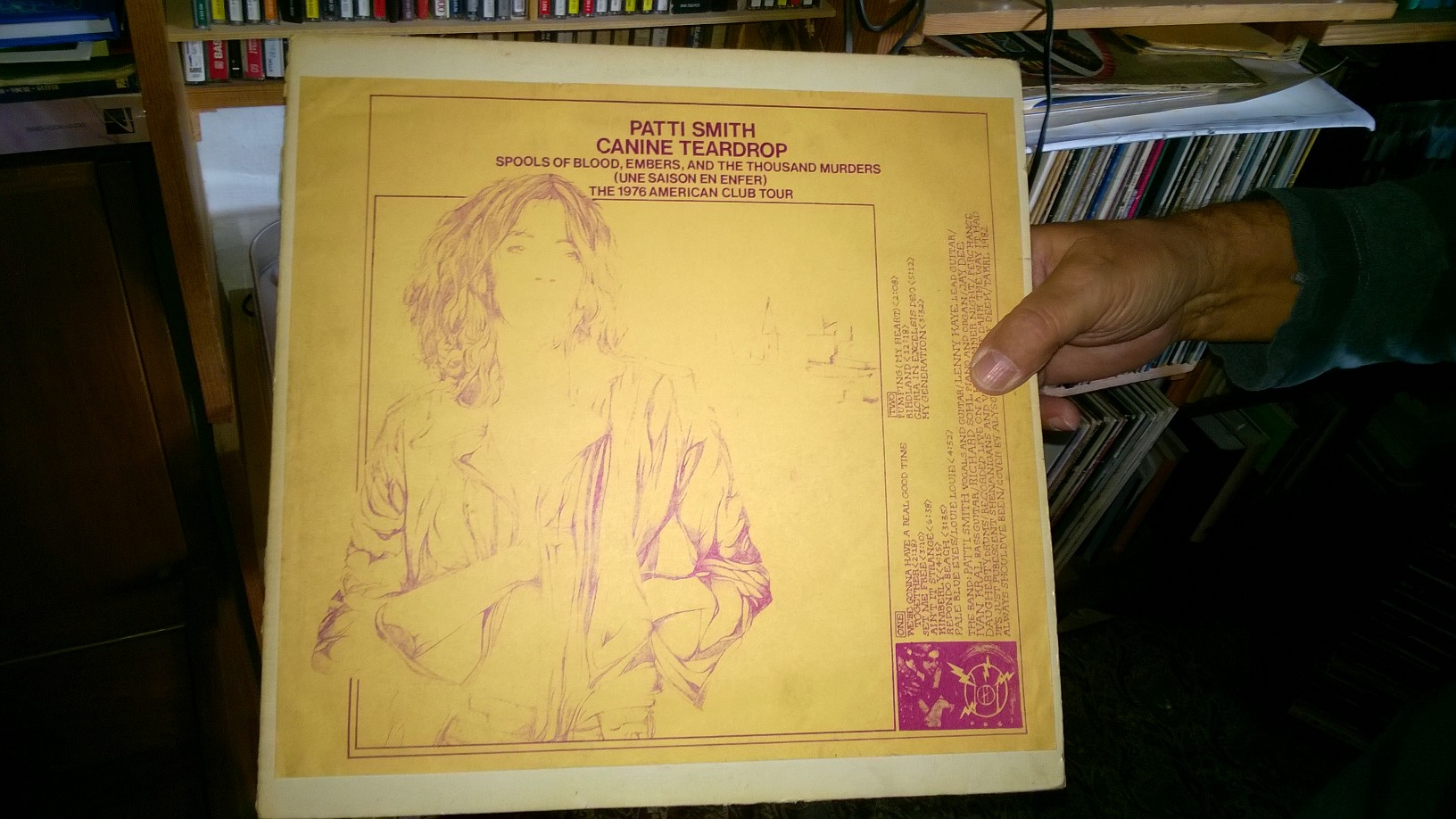 Gábor Klaniczay’s collection of vinyl LPs consists of albums released in the 1970s and 1980s, CDs, and tapes of concerts of music by Hungarian New Wave bands.

These records include some pirated discs, for example, Patti Smith’s Canine Teardrop (1982). This is an important item in Klaniczay’s music collection. He acquired it thanks to his trips abroad and his connections. This LP was banned in Hungary.