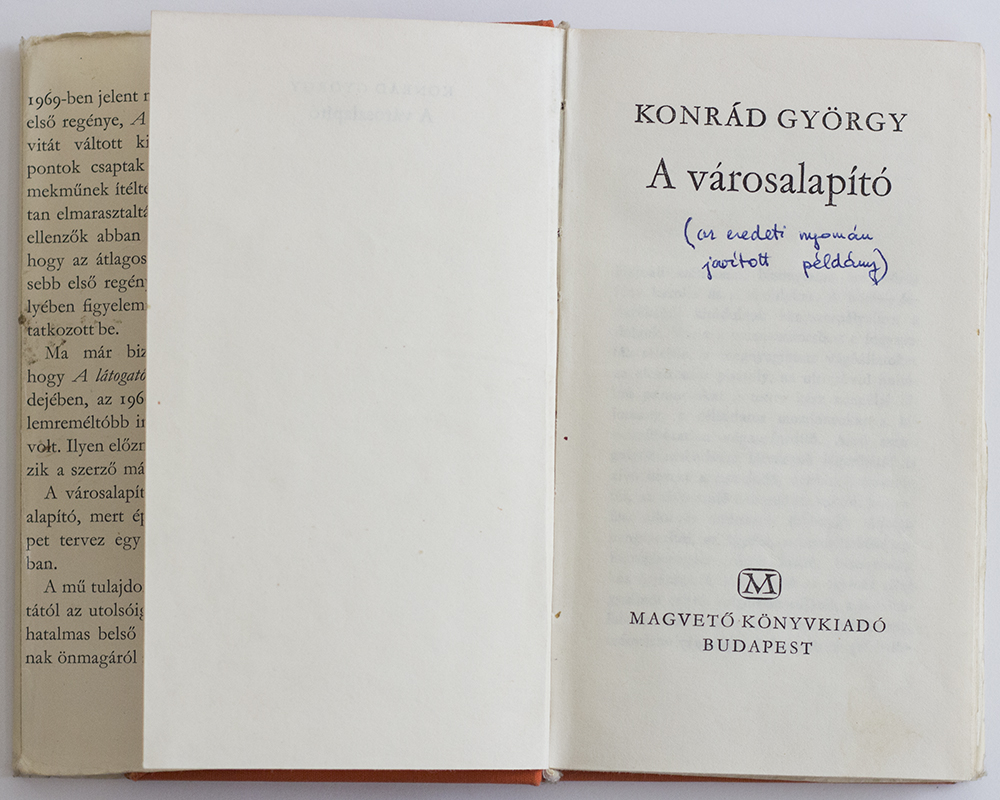 “I write what I write, state publishers publish from me what they want, and I, however, publish my work as I can.” In 1974, György Konrád summarized the functioning of censorship in an interview given to the West German periodical Die Zeit. The dissident author and activist Konrád was regularly persecuted by the state authorities from the early 1970s. His works were either not published or printed only following thorough censuring. His novel, The City-Builder could be published in Hungary in 1977 only with substantial cuts and modifications forced by the censor.
Gábor Klaniczay, the young intellectual interested in counter-culture preserved one copy of Konrád’s novel. This book is unique, however: in his own copy, Klaniczay corrected by himself the parts that were cut or modified by the censor. At that time, the original texts of forbidden or censured works were shared in manuscript or homemade copies among oppositional networks. The book displayed here documents both the intention of suppressing culture and the individual act of resisting it.