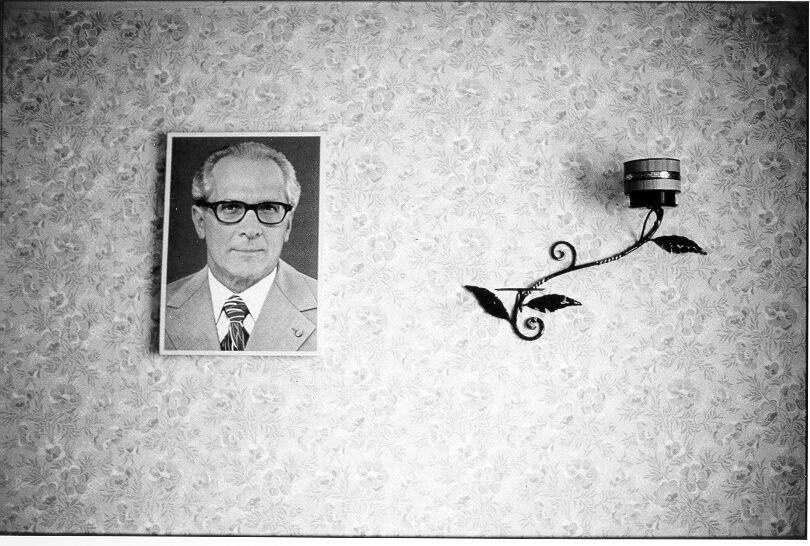 The black and white image (20,3 x 30,3, on paper) belongs to a series of images capturing everyday life in the GDR and in particular motifs which Nagel encountered on the daily basis in the village of Severin. These images have been taken over a long period between 1982 and 1988.

The image capturing the portrait of Erich Honecker reflects Nagels witty approach to symbols depicting the presence of the regime in the public space. Honecker portrait is not the focus of attention of the picture, but rather it is captured symmetrical to the banal decorative floral element on the wall same sized as the portrait of Honecker. The floral decoration seems to rather take over the entire image also on the background of the floral wallpaper, thus making Honecker presence in the image rather peripheral.