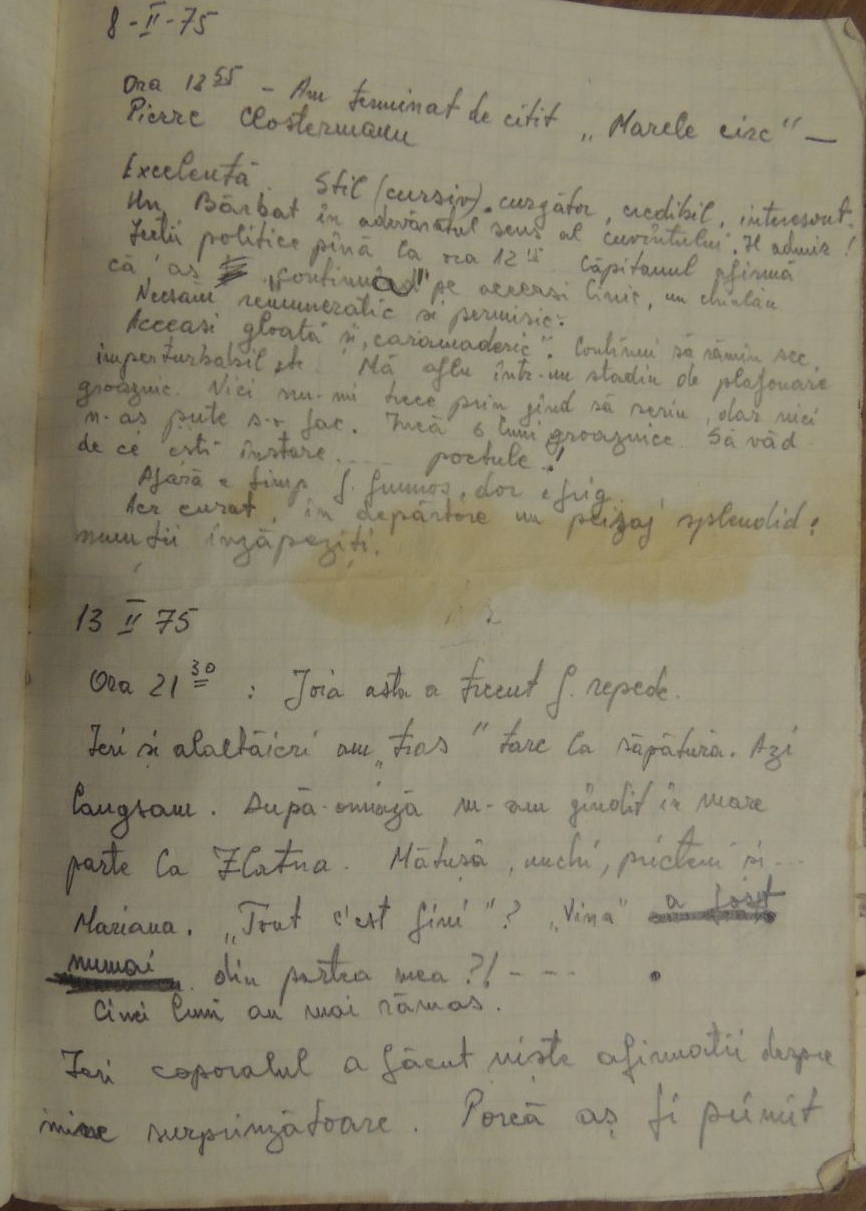 “In the army, the majority of the lower ranks are incompetents. And this in the army of the RSR [Socialist Republic of Romania]! Adolescence made me commit some “follies.” So others think. I don’t. For that reason they’ve brought me here. Military service means pickaxe, shovel, spade. My country needs me, but it despises me. I’m going to do my military service with [common-law] convicts.” This is a short extract from the manuscript that contains Ion Monoran’s army diary. From these few words, the reader may sense the drama experienced by the author when he was forced not only to carry out exhausting work, but also to live among individuals with whom he had nothing in common, and with whom, in normal circumstances, he should never have had to have any dealings.

In 1974 and 1975, Ion Monoran did his military service in special conditions at the Piteşti Petrochemical plant, because he had already been classed as a “hostile element” to the communist regime because of his attempt to flee Romania together with seven classmates when they were in their final year of high school. The harsh experience of doing military service in communist Romania in a special place, together with convicts, is recorded in real time in his diary.

Ion Monoran’s army diary is written by hand and remains unpublished. A few short passages, poeticised, appeared in the volume Eu însumi (I myself). The manuscript consists of approximately thirty pages.

“If only I could flow continually, and not tire, just as the river doesn’t tire,” is one of the last entries in this diary, which records the brutalising experience of an extraordinarily sensitive person confronted with the military service imposed by the communist state and with life alongside common-law convicts.