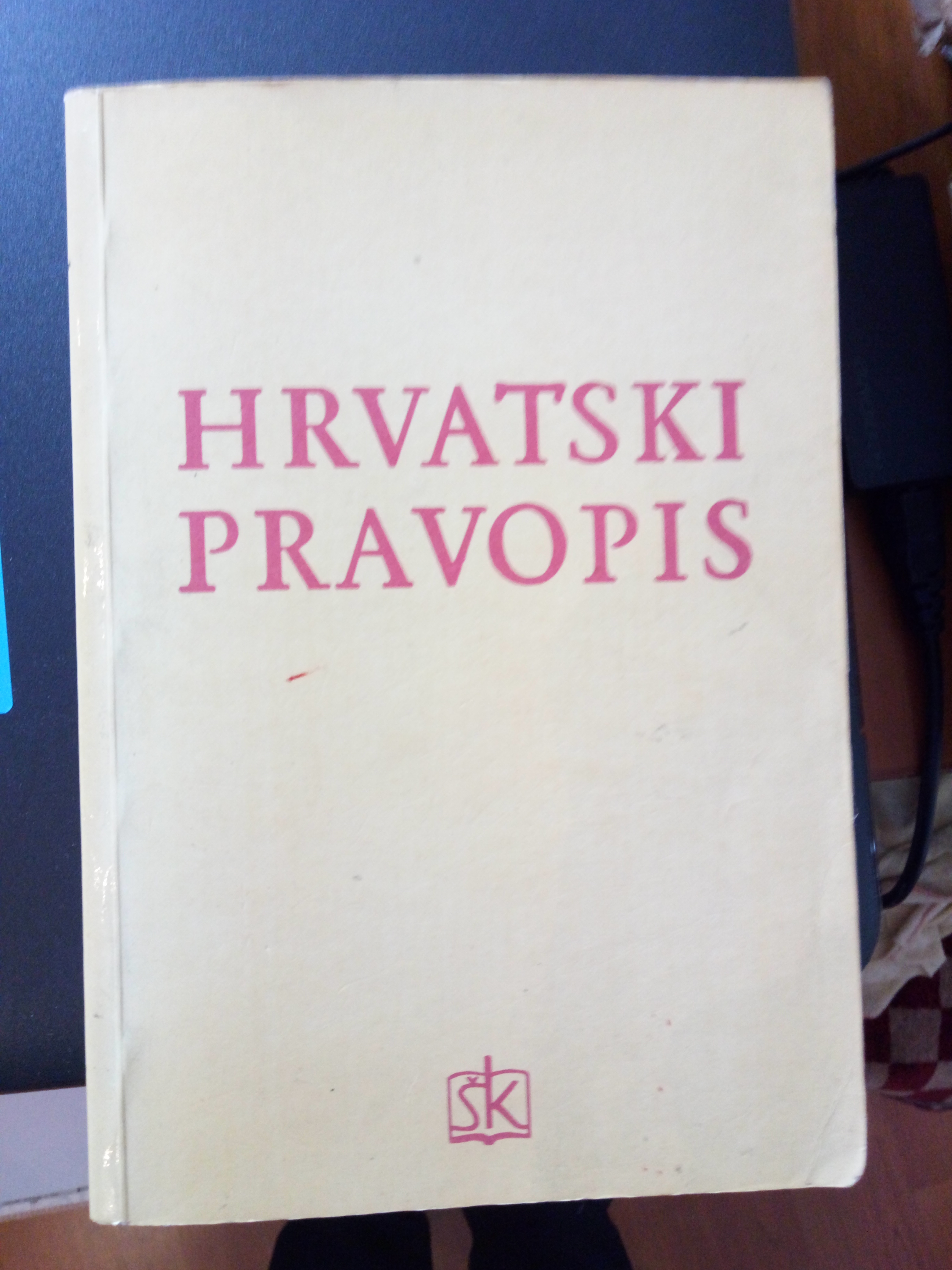 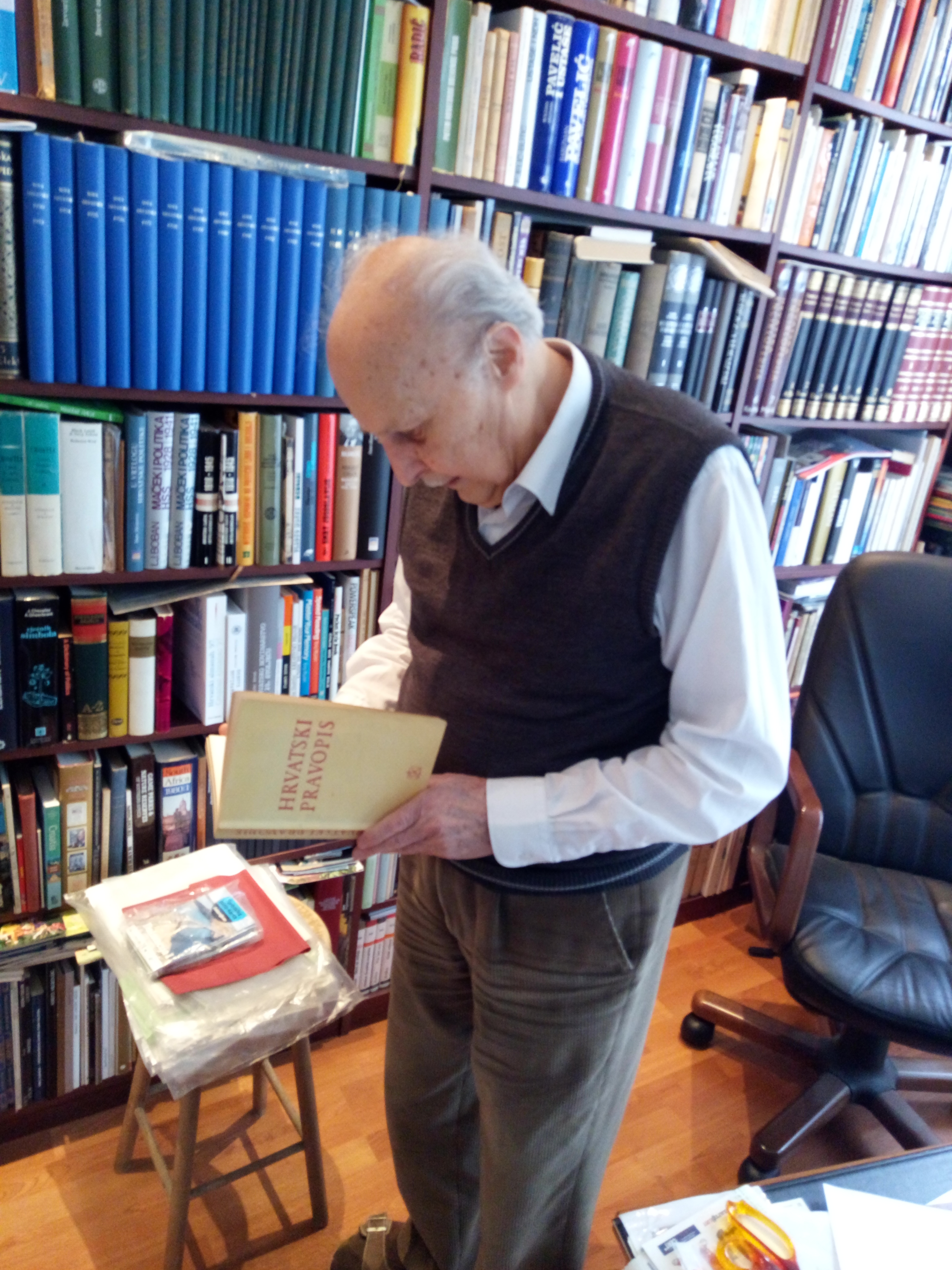 Hrvatski pravopis (Croatian Orthography) written by Stjepan Babić, Božidar Finka and Milan Moguš, published in 1971, was banned by the Yugoslav authorities on political grounds shortly after its printing. However, the editorial board of Nova Hrvatska, headed by Jakša Kušan, succeeded in obtaining a copy and published it in a phototype edition in London in 1972. This is why the book is popularly called the "Londoner."

Its first edition in Croatia was a part of the endeavours of Croatian reform-oriented intellectuals in the Croatian Spring movement. In the cultural sphere, the Croatian Spring was most evident in the struggle of Croats for the equality of the Croatian language in Yugoslavia. To eliminate the disagreement between the previous orthography and contemporary language practices in Croatia, Matica hrvatska has entrusted the task of drafting the principle of a new orthography to the linguists Babić, Finka and Moguš. All of the relevant vocational, scholarly and educational institutions in the Socialist Republic of Croatia agreed with this orthography. This was one of the last acts in the struggle for the equality of Croatian literary language, which began in 1967 with the publication of the Declaration on the Name and Status of the Croatian Literary Language. The book (Hrvatski pravopis) was printed in September 1971, but for political reasons, the entire print run of 40,000 copies was withdrawn and destroyed in a paper mill. Only a few internal copies were preserved. This act of censorship was a part of the crackdown by the Yugoslav authorities against the Croatian Spring at the end of 1971. Moreover, the authors of the book were members of Matica hrvatska, the essential cultural-oppositional institution in Croatia.

Jakša Kušan learned out that several copies of the book had been salvaged and he decided to try to obtain a copy to print it abroad. He learned that a proofreader, Roman Turčinović, had a copy and somehow Turčinović managed to send the book to Kušan in the UK. The editorial board of Nova Hrvatska added a short introduction to the book, in which they explained that in Croatia the book was destroyed and labelled a "nationalistic diversion." This introduction was printed in Croatian, English, German and Spanish (Kušan 2000, 96-97).

Announcing the publishing of the Croatian orthography in May 1972, the editorial board of Nova Hrvatska emphasised that it was the most significant victory over Yugoslav censorship (Kušan 2000, 93). Five thousand ordered copies were printed in December 1972. Large quantities were sent immediately by aeroplane, and in April 1973 3,000 more copies were printed, and at the beginning of 1984 two thousand copies of the second edition were printed. Several hundred copies were also sent to Croatia, and many copies were sent to foreign journalists, and to all Slavic institutes at universities around the world. Kušan pointed out that they sent the book with the desire to show how broad Yugoslav censorship in Croatia was and to show how Croats could not exercise their constitutional rights to their (Croatian) language (Kušan 2000, 97). He also said that many Croatian emigrants bought the book, even people who never used it, simply to participate in the “all-Croatian defiance and defence of Croatian culture" (Kušan 2000, 97). Hrvatski pravopis was first exhibited at the Frankfurt Book Fair in 1973, and Kušan stated that they did not expect such great success. The "Londoner" became a best-seller in Croatian emigrant communities because it symbolised the Croatian Spring. The financial success of the book enabled the editorial board of Nova Hrvatska to purchase a house in London, where they set up their new offices to continue their work. After the fall of communism in Croatia in 1990, Hrvatski pravopis was published freely again.