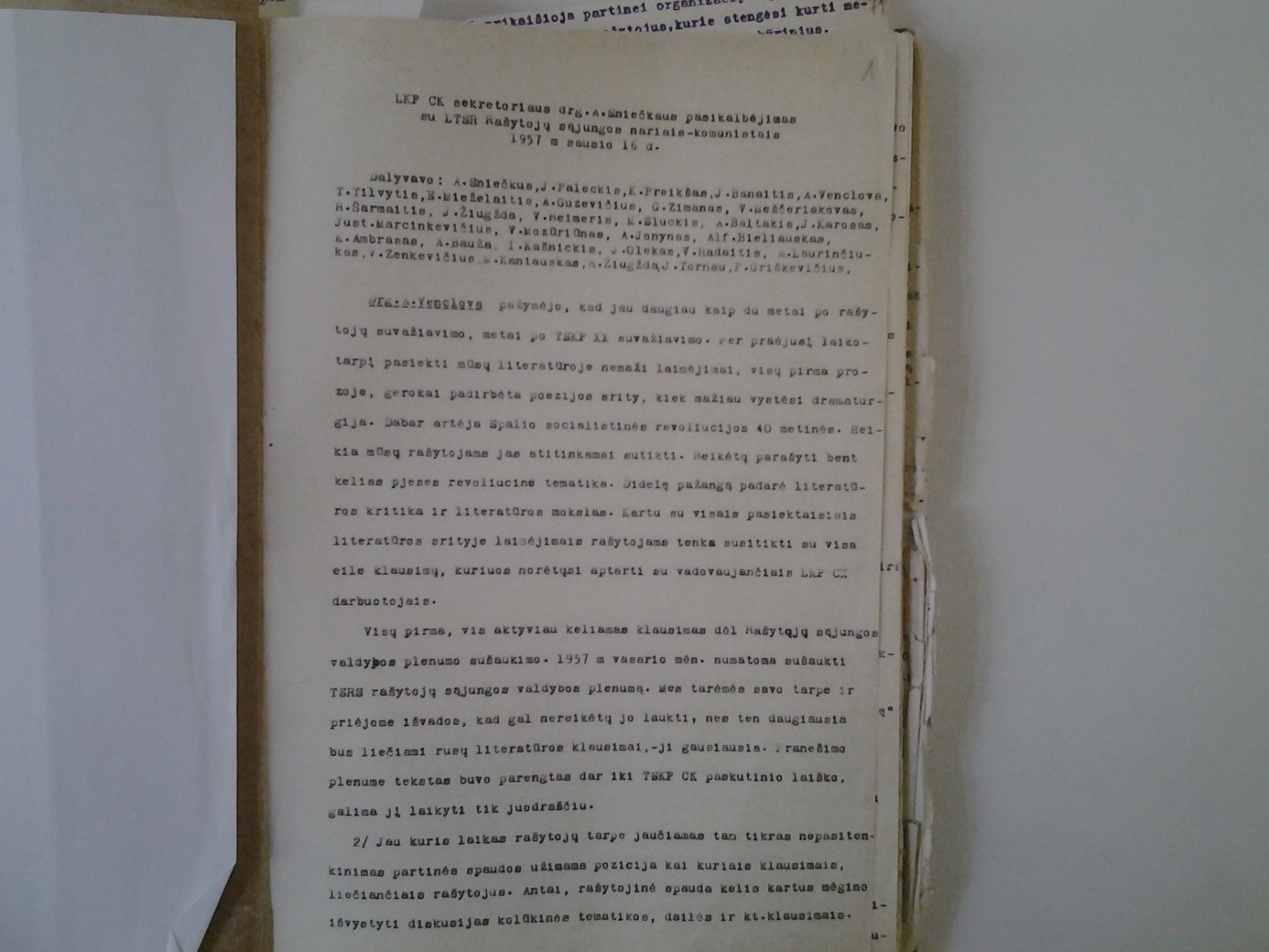 Transcripts of Sniečkus’ meetings with members of the Union of Lithuanian Writers at the very beginning of 1957, after the mass protests by students in Vilnius and Kaunas in 1956. During these two meetings, Lithuanian writers raised questions about the Lithuanian cultural heritage (to restore the Lithuanian street names in the cities, especially in the capital Vilnius, about the use of the Lithuanian language in administrative bodies, etc). These questions were raised by the protesters during the 1956 events. The first secretary accepted that during the Stalinist period, a lot of mistakes had been made in cultural policy. However, Sniečkus stressed that all changes in society had to come from the leadership of the LCP. These documents are known only to researchers.