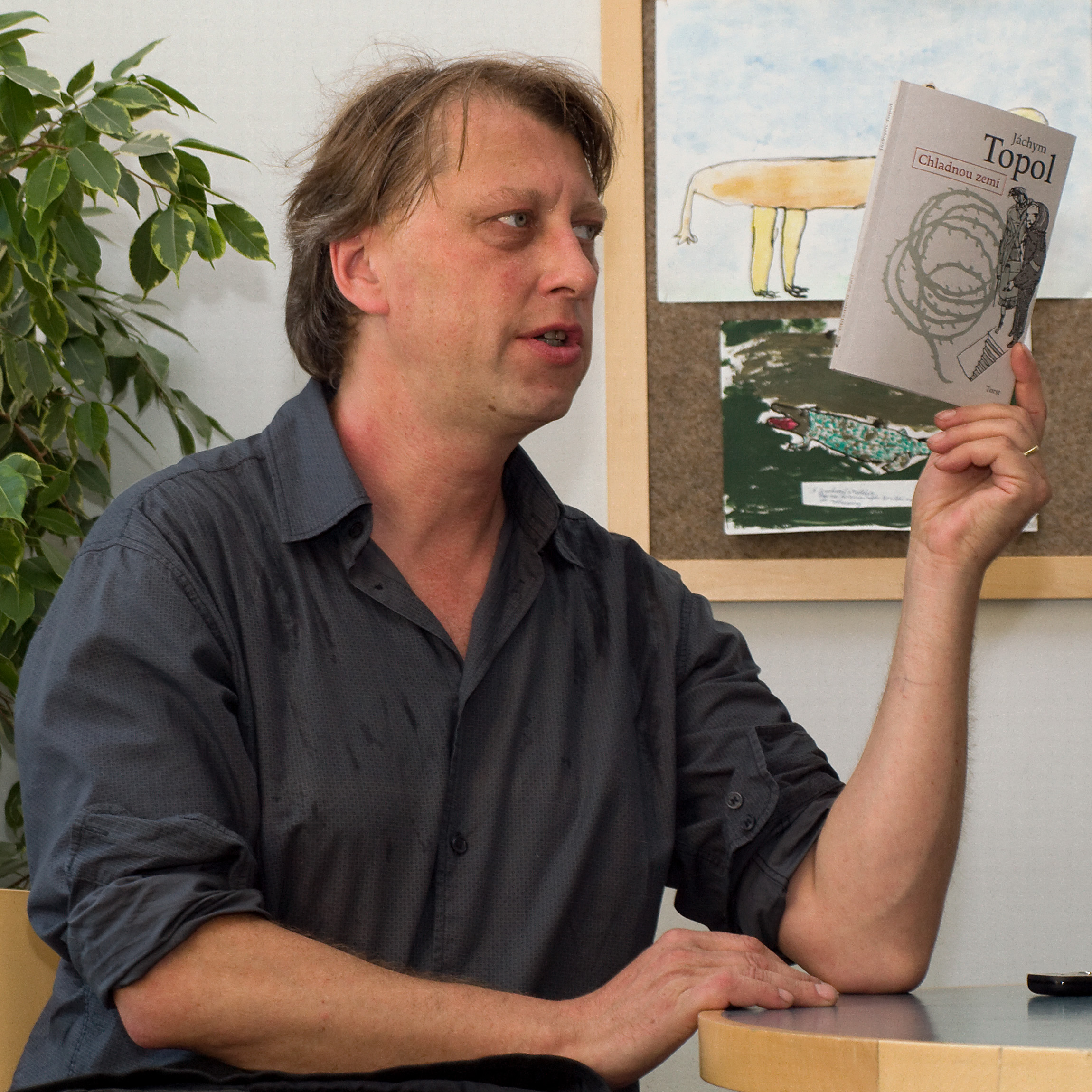 Jáchym Topol is a Czech writer and poet. He came from a family of artists; his father was Josef Topol (1935–2015), a playwright and signatory of Charter 77, his brother was Filip Topol (1965–2013), a musician, lyric writer and frontman of the rock and underground music group Psí vojáci. He also performed with “Psí vojáci” at the beginning of the 1980s, and the band used some of his works for lyrics. Jáchym Topol was also the singer of the underground group “Národní třída”; the group was banned from performing and its concerts were, therefore, held in private flats. He had been kept under surveillance by the State Security (StB) since his youth because of his connections with the signatories of Charter 77. He was often detained and interrogated. Topol himself signed Charter 77 in 1986. He was also an activist in the opposition group “České děti” (Czech Children) in the second half of the 1980s. In 1988, he was prosecuted for illegally crossing the border with Poland and for possession of materials “hostile to the regime”. However, this was not pursued due to a presidential amnesty. In 1985, Topol, along with Viktor Karlík and Ivan Lamper, founded the literary-cultural magazine originally named “Jednou nohou”, which became known as “Revolver revue” after 1986. Many important political and cultural dissidents, including Václav Havel, Petr Placák and Zbyněk Hejda, contributed to the quarterly magazine, which was first published as a samizdat volume. The number of copies had reached 500 by 1989. Jáchym Topol was the magazine’s editor-in-chief until 1993. His first literary experience was writing poetry. His first work came out 1979 in the samizdat publication “79-1”. He contributed to several samizdat periodicals (e.g. “Vokno”, “Pražské komunikace”), as well as those published in exile (“Listy”). His poems, published before 1989 as samizdat volumes, were collected in the book “Miluji tě k zbláznění” (1991). Since the 1990s, Topol has been writing prose, for example his novel “Sestra” (1994) was very successful and influenced a whole generation. Jáchym Topol is currently the programme director and organiser of cultural events and lectures at the Václav Havel Library in Prague.