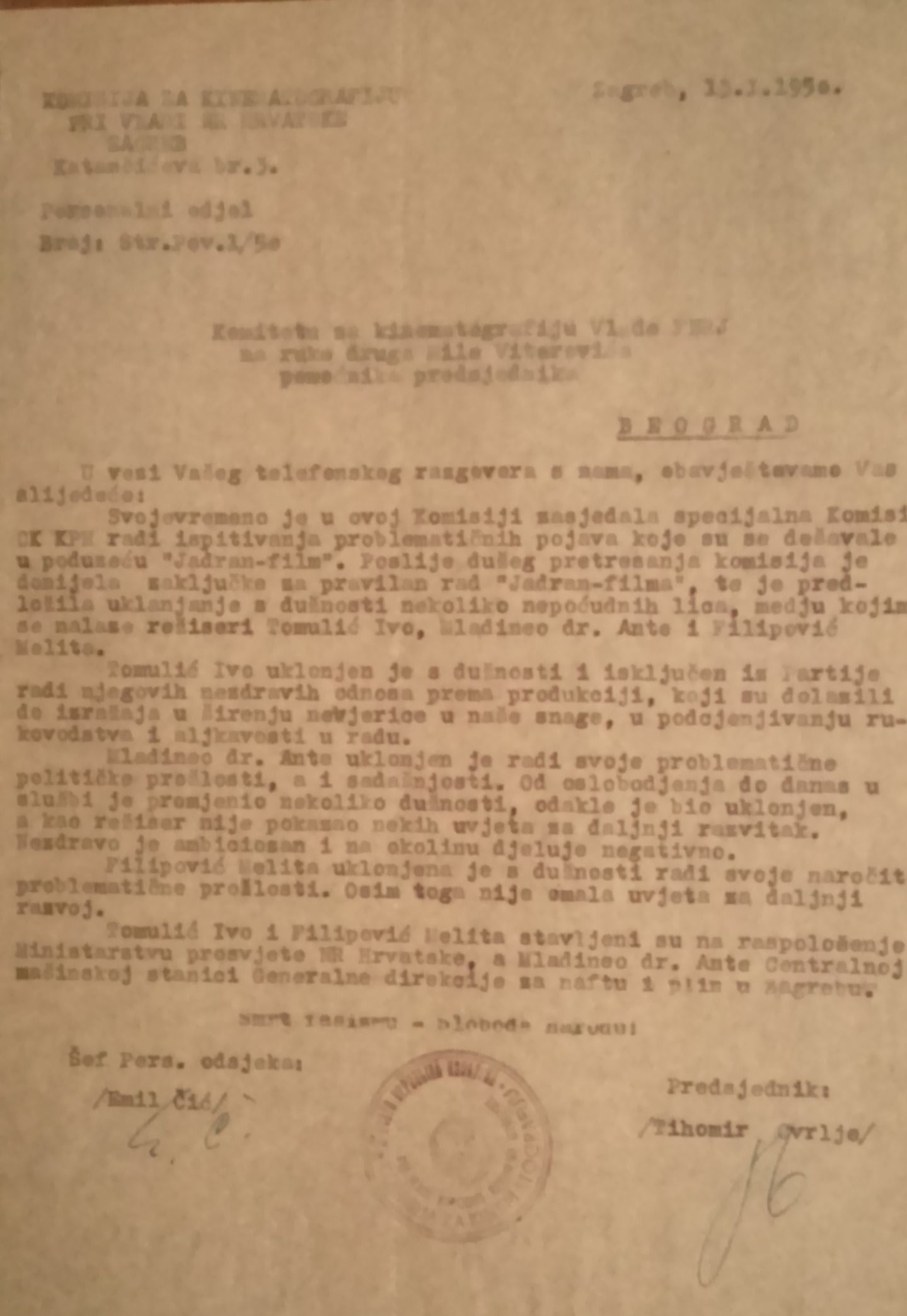 The genuine control exercised by the Communist Party over the Cinematography Commission of the Government of PRC and the companies under its formal jurisdiction is further illustrated by the Commission's report sent on 13 January 1950 to Cinematography Commission of the Government of the FPRY. It describes the results of oversight of Jadran film's activities conducted by a special commission of the Central Committee of the Communist Party of Croatia which held session at the Cinematography Commission. A result of that campaign was the dismissal of several “suspect individuals,” including producers Ivo Tomulić, Ante Mladineo and Melita Filipović. They were assessed as unsuitable because of “an unhealthy attitude toward production, which was reflected through the spread of scepticism about the capability of the system, undermining authority and sloppiness in their work,” as well as their “problematic pasts.” Also underscored was their “unhealthy ambition” and negative influence on the working environment, with a lack of potential for further professional development as producers (HR-HDA-309. CC of the Government of PRC, file st. conf. 1/1950).