Hungary Can Be Yours / International Hungary, Young Artists' Club, Budapest, 1984 and 1989 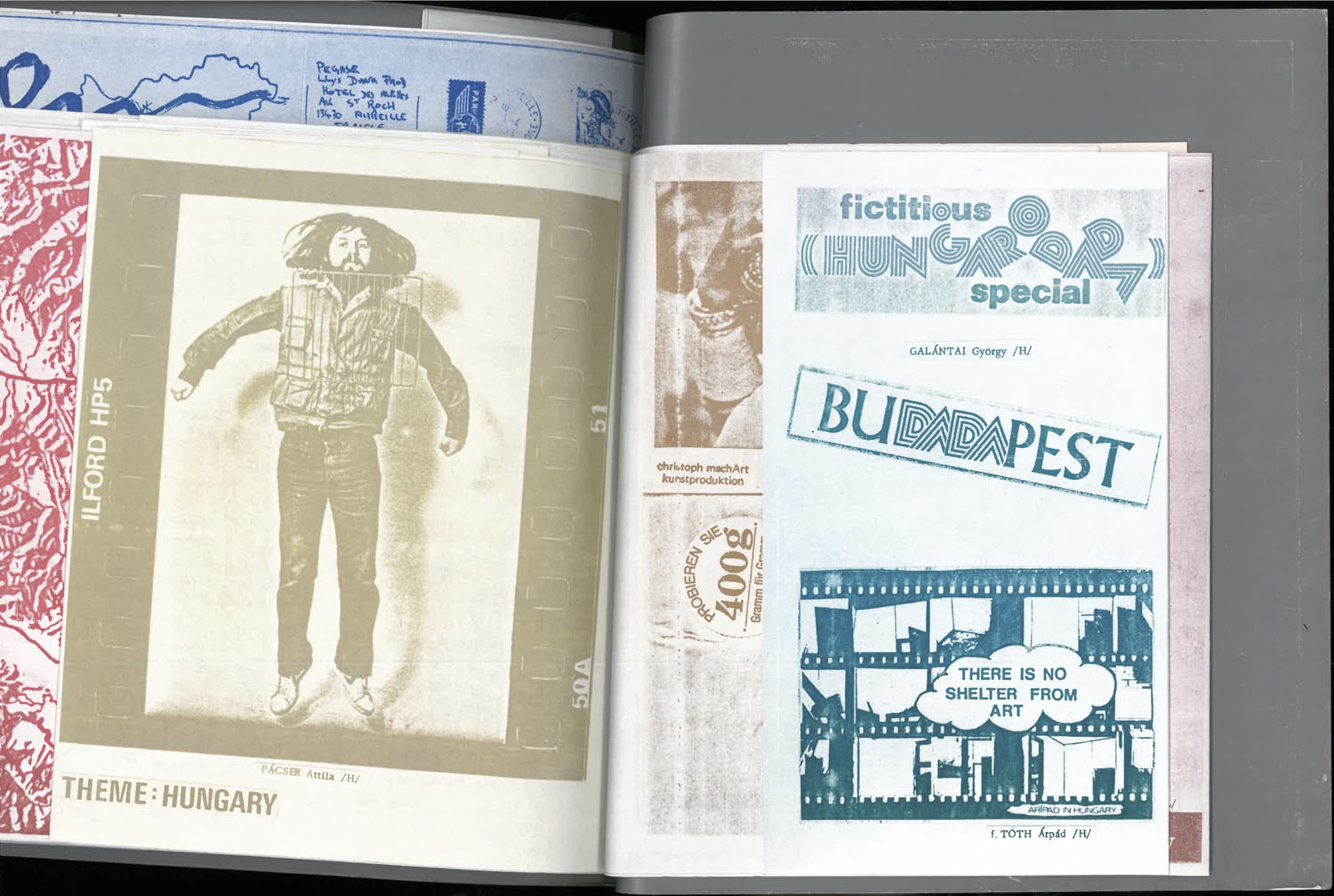 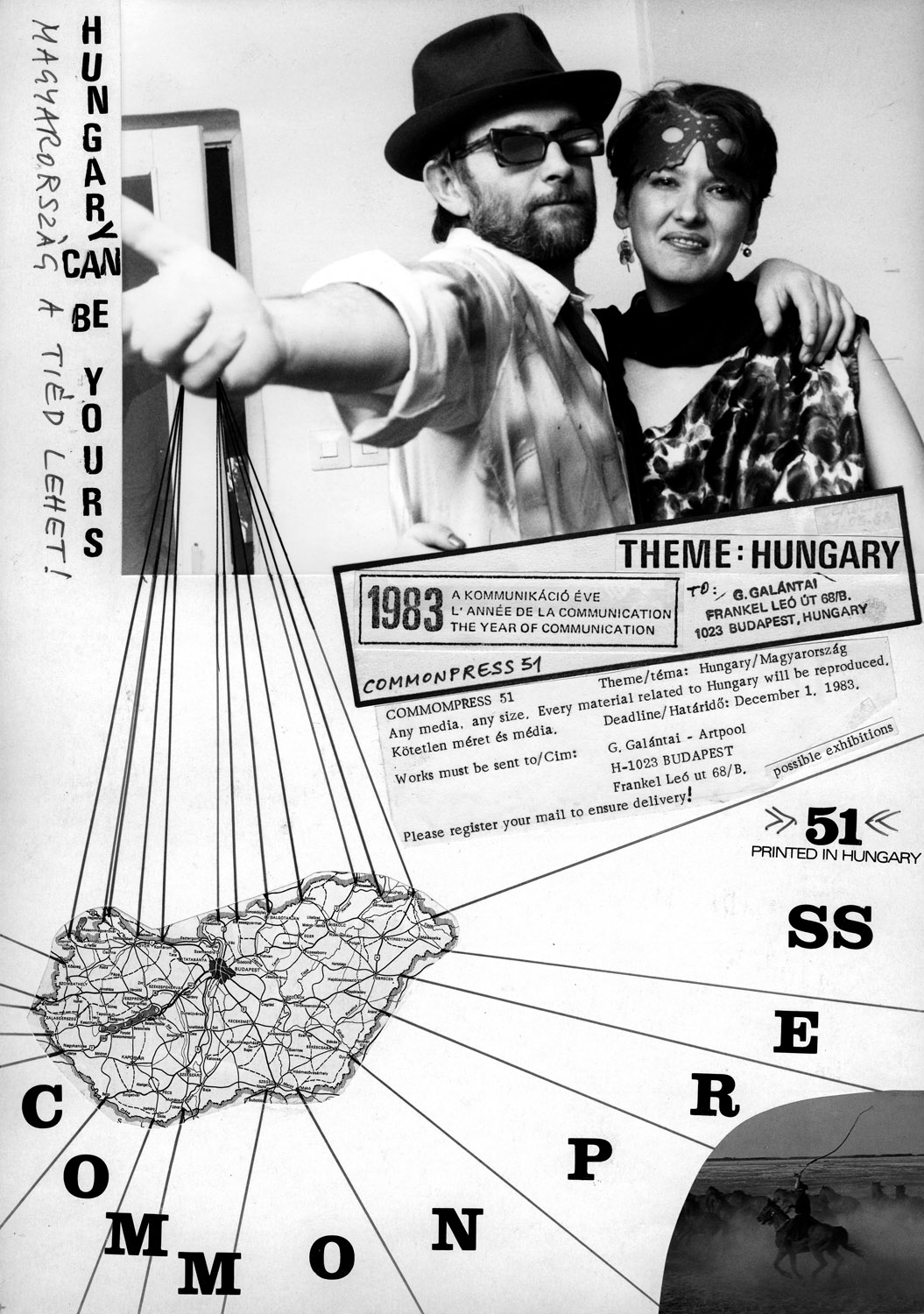 Commonpress was a Mail Art magazine founded by the Polish Pawel Petasz. Each issue was compiled by another fellow mail artist who circulated a call in the network naming a special theme for the coming issue. The topic “Hungary” was inspired by the imaginary “Italian boots” of the Italian poet Adriano Spatola’s “Italy issue.” Galántai organized an exhibition of the incoming material in the Young Artists’ Club in Budapest in 1984. However, the show was immediately banned, as the authorities considered it an expression of opposition to the regime. At the vernissage, Radio Artpool’s 6th program: Hungary was “broadcasted.” As a result of the exhibition, Galántai suffered intense reprisals; the secret service started openly observing and restricting his activities, and they confiscated the next issue of AL (Artpool Letter), a samizdat art periodical edited by him. Showing the exhibition again became possible only during the pivotal moment of regime change (Young Artists’ Club, 1989), where a roundtable discussion was held with the banned artists and the individuals/officials who banned the exhibition. The catalogue of the exhibition (Commonpress No. 51) could be published in bigger circulation. When the secret documents became available for research, Artpool received a report about the opening of the exhibition. Using this secret report, Galántai reconstructed the original exhibition a few times (Artpool P60, 2000; Centrális Galéria, 2002; Area 51, Kapolcs, 2018).