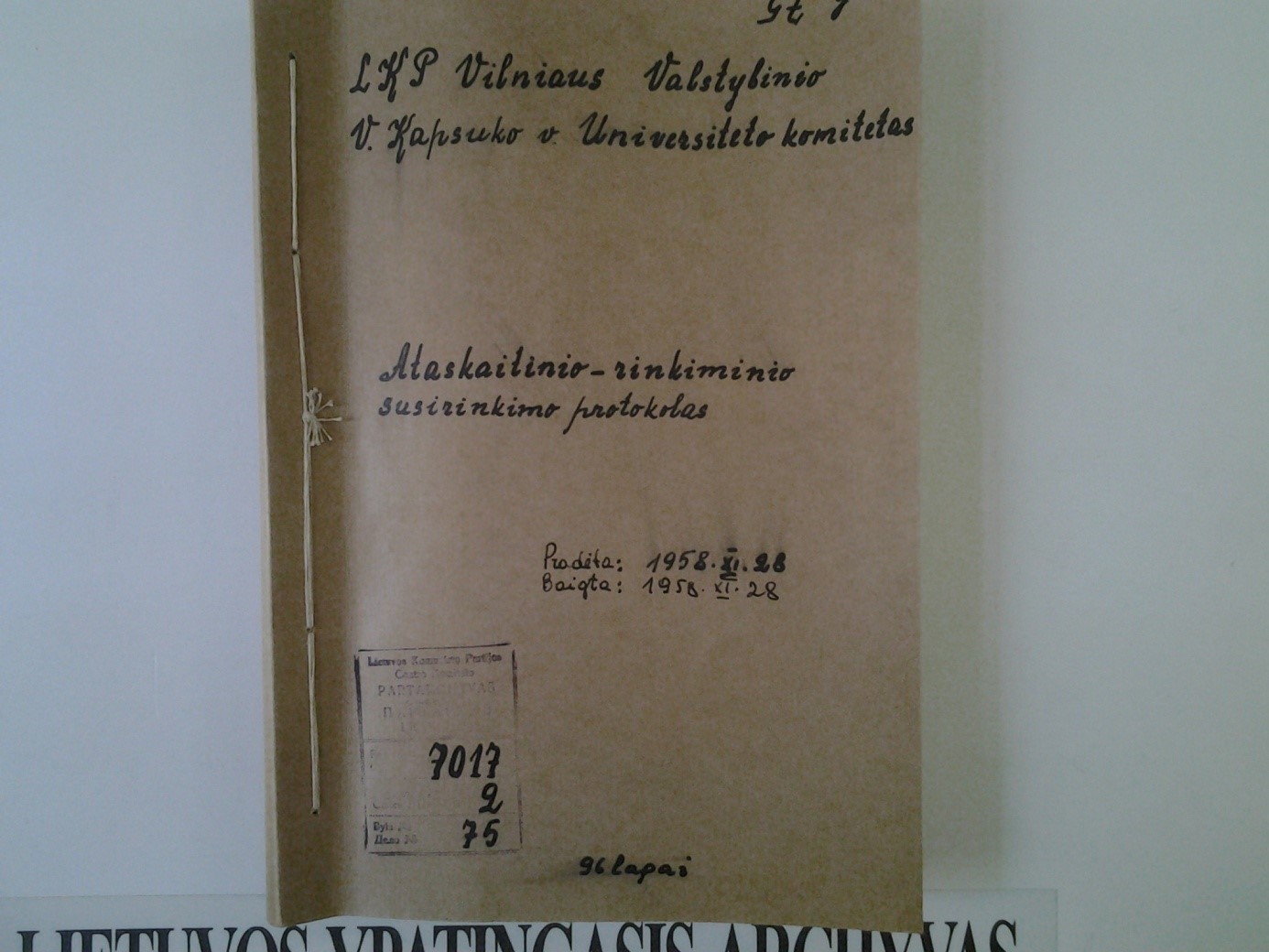 The Vilnius University Party Committee collection reflects the official policy and attitudes towards teachers, researchers and students. The university administration and Party Committee tried to control the educational process and the creative expression of scholars and students. On the other hand, documents from the collection help us to better understand the creative ambitions of Lithuanian researchers and even students, which did not always comply with the official ideology.