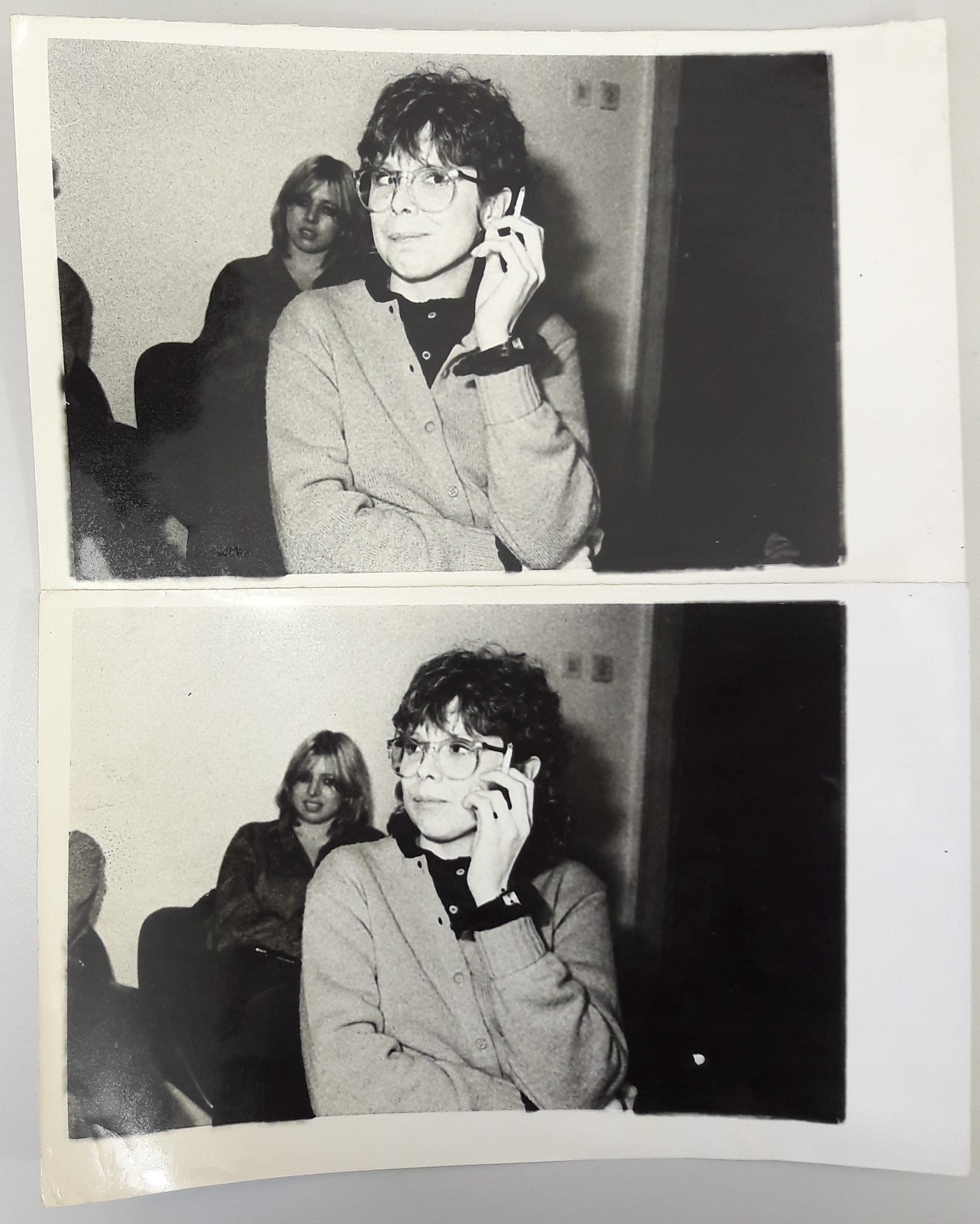 Lydia Sklevicky approached the "women’s question" primarily from the scholarly but also from the popular science position, and in a way that she was active in the print media and in public forums held in the Yugoslav centres of the new feminist movement - Belgrade, Zagreb and Ljubljana.

Two photographs of Lydia Sklevicky attending the forum about female/ale relations in the Student Cultural Centre (SKUC) in Belgrade were taken by the photographer Dragan Papić on January 7, 1982, while on January 16, 1982, Belgrade's Omladinski list published an article by Snežana Bogavac, “Satisfied, oppressed women,” which stated that in Yugoslavia there is no serious research into the status of women (because in the scholarly circles this topic is "bypassed and marginalized"), and accordingly forums such as the one in SKUC have no significant impact. Despite the defeatist attitude of the article’s author, Sklevicky continued to advocate, at the forum in Belgrade and in her other work, for the presence of the "women’s question" in the public focus and its concrete resolution in the terms of obtaining the rights guaranteed to the women by the SFRY Constitution.

The two mentioned photographs of Lydia Sklevicky and the article from the Omladinski list are kept in the Sklevicky Feminist Collection.