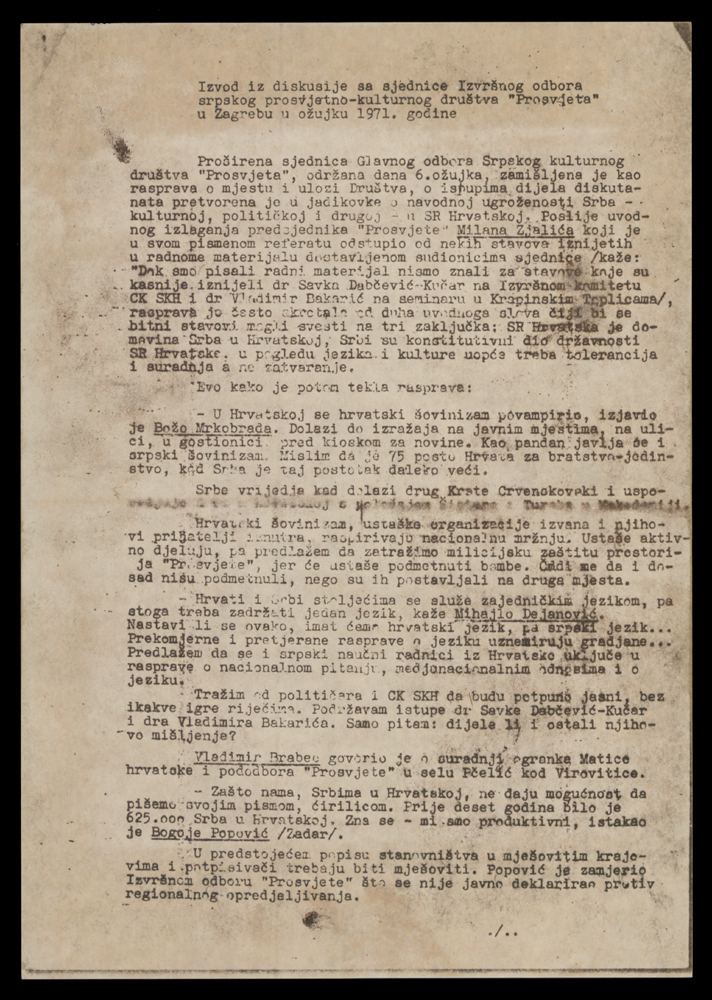 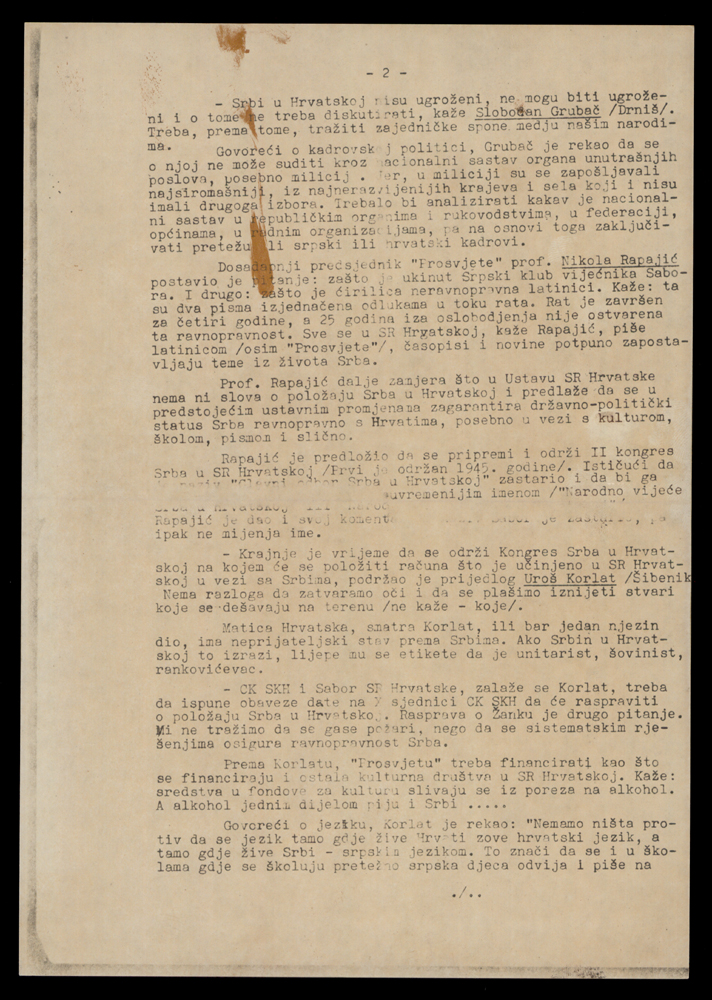 The document presents an excerpt of the important points expressed at the meeting of Prosvjeta’s Executive Comittee, held in Zagreb in March 1971. It documents the aspirations of Prosvjeta’s leadership , which exceeded accepted boundaries and whereby the authorities deemed them oppositional. The debate clearly reflected dissatisfaction with Prosvjeta’s status in society and the evident tendency toward a broader Serbian influence. The demands detailed in the document include a constitutional guarantee of equal treatment of Serbs and Croats, the convening of a Congress of Serbs in Croatia, more state funding, equal status of languages and scripts, the renaming of the periodical Prosvjeta to Srpska riječ, the establishment of the Museum of Serbs in Croatia and other Serbian institutions as well. But not all participants were of the same opinion, so various disagreement were recorded in the document, especially when it came to Prosvjeta’s political engagement.