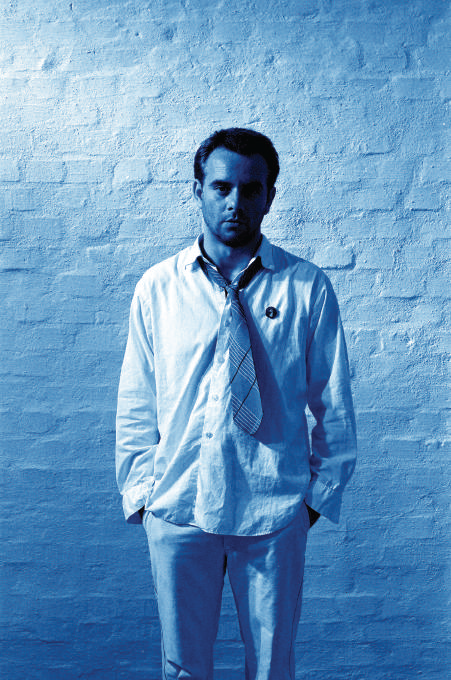 Photo artist and journalist Ferenc Kálmándy (b. 1950) started to do photography in 1973. He is a member of the Mecsek Photo Club and a founding member of the photographers’ group Focus, founded in Pécs in 1978. He started his career as a printshop photographer, and he worked for the Baranya County Museums Directorate (1979–1981) and at the Gallery of Pécs as an exhibition designer (1981–82). The Gallery provided a safe background for his art work. On the one hand, portraits made of his colleagues were a typical component of his Focus group photographs. On the other hand, until the mid-1990s, the Pécs Gallery was one of the most influential centers of local underground/alternative cultural life. Many of the employees at the gallery played in new wave bands, which often performed in the Gallery at exhibition openings and also independently.

In 1982, he began to work as a photo journalist for the Hungarian Telegraph Bureau (MTI), and he continued to work in this position until his retirement in 2012. His works were displayed in Hungarian and international exhibitions, both individually and together with compositions by other Focus group members. Members of the Focus group (Tamás Borbély, László Cseri, Örs Harnóczy, Ferenc Kálmándy, Dr. László Lajos, and Péter Marsalkó) considered their most important feature, independent of the genre, the preset arrangement of their photos. As Borbély notes, “We shot pre-planned, pre-arranged pictures on various themes.” Their works featured photo actions, city images, and portrait concepts.