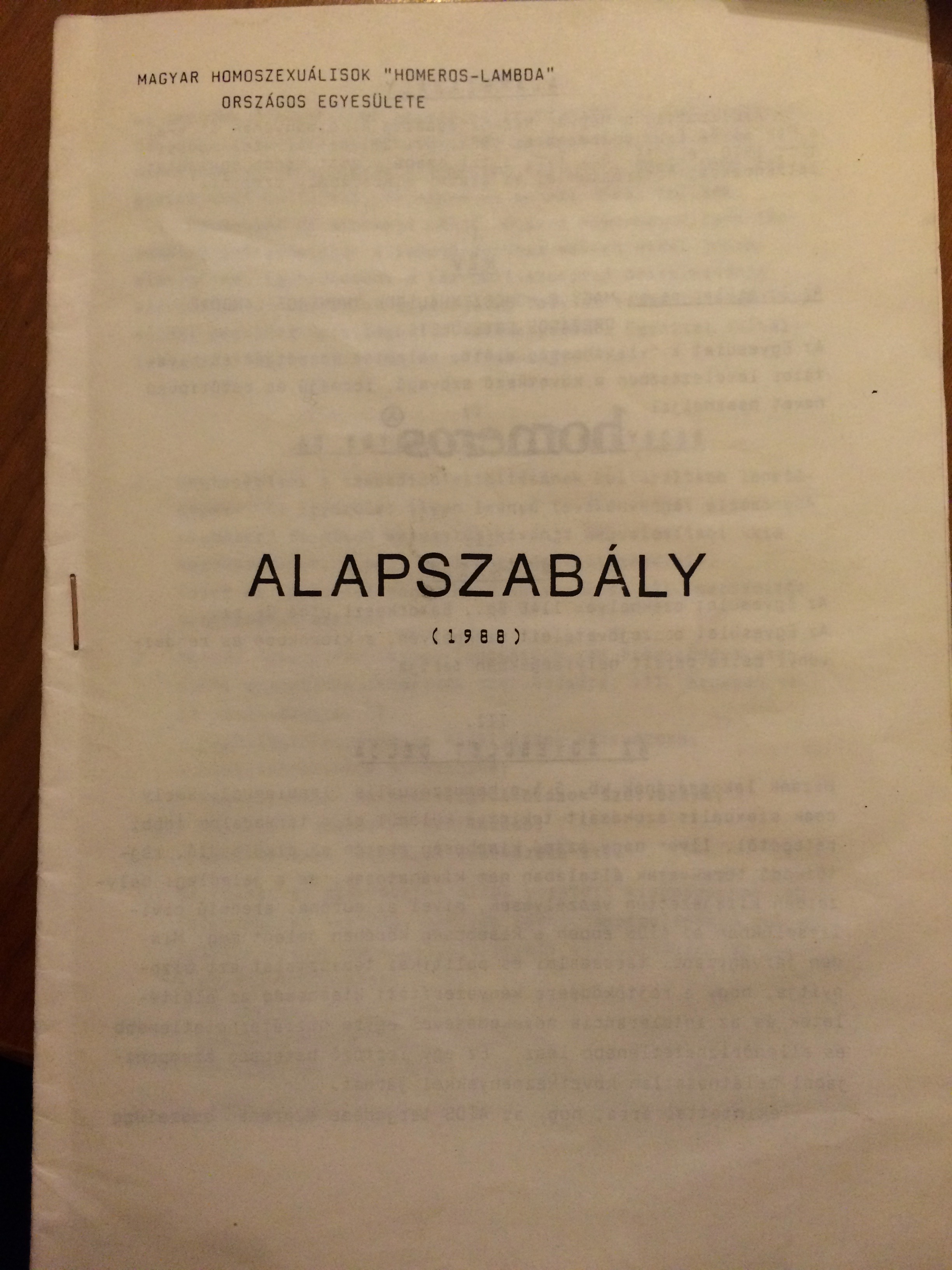 The founding documents of the Homérosz Society stated two important issues. Given the discriminative policies of the late socialist state, the only way to establish a homosexual association was to connect the recent phenomenon of AIDS as a public health issue to homosexuality, because, according to the foundational document, homosexuals were more promiscuous than heterosexuals.

After the foundation of Homérosz, referring to the Hungarian news agency (MTI), leading western news agencies (Reuters, AFP, EFE, dpa) reported on the event and represented it as a part of the Hungarian political transition.