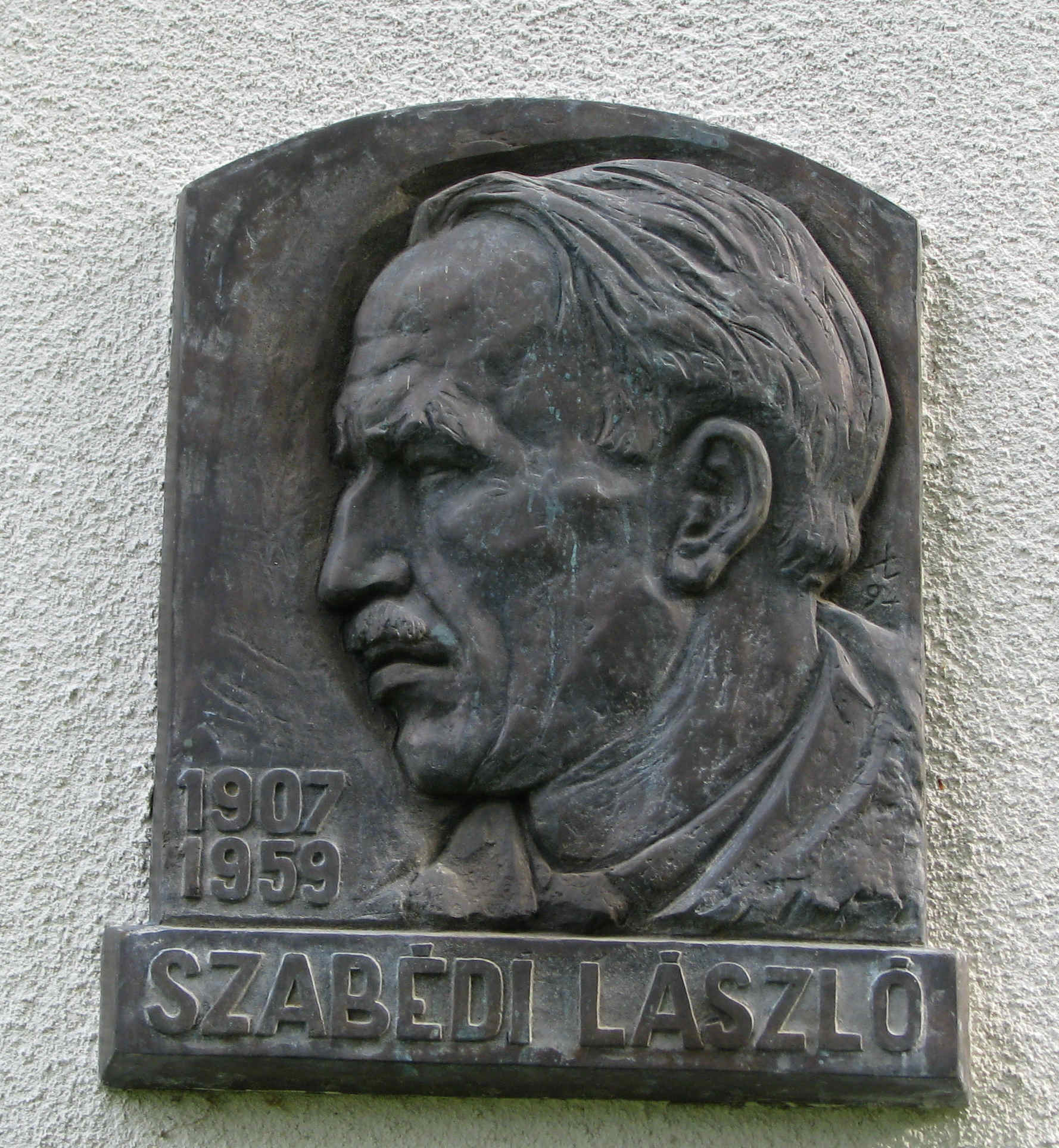 László Szabédi (1907–1959) was a Transylvanian Hungarian poet, writer, linguist, and university professor. He graduated in 1925 and until 1927, he studied theology in Strasbourg and then philosophy in Cluj/Kolozsvár. For a while, he worked as an administrator in Arad. He then became a theatrical dramaturg in Cluj/Kolozsvár. He was an inner worker of the “Opposition” (1931–1938). He became a teacher in Báré, and in 1941 he returned to Cluj/Kolozsvár, where he worked at the Universal Library. In 1942, he joined to the Group Helikon. At his initiative, the periodical Yield was born. In 1944, he joined the antifascist opposition. In May 1945, the Alliance of Hungarian Writers of Romania elected him as vice president. In the same year, he joined the Romanian Communist Party. In 1945–1947, he served as the director of the Székely National Museum at Sfântu Gheorghe/Sepsiszentgyörgy. From 1947 until his death, he taught at the Bolyai University in Cluj/Kolozsvár. Between 1952 and 1956, he served as head of the department of history of Hungarian literature. Due to his protest against the merging of the Romanian University and the Hungarian University, which eventually resulted in the Babeș–Bolyai University in 1959, the Securitate continued to harass him. In a final protest against the suppression of the University, he committed suicide.