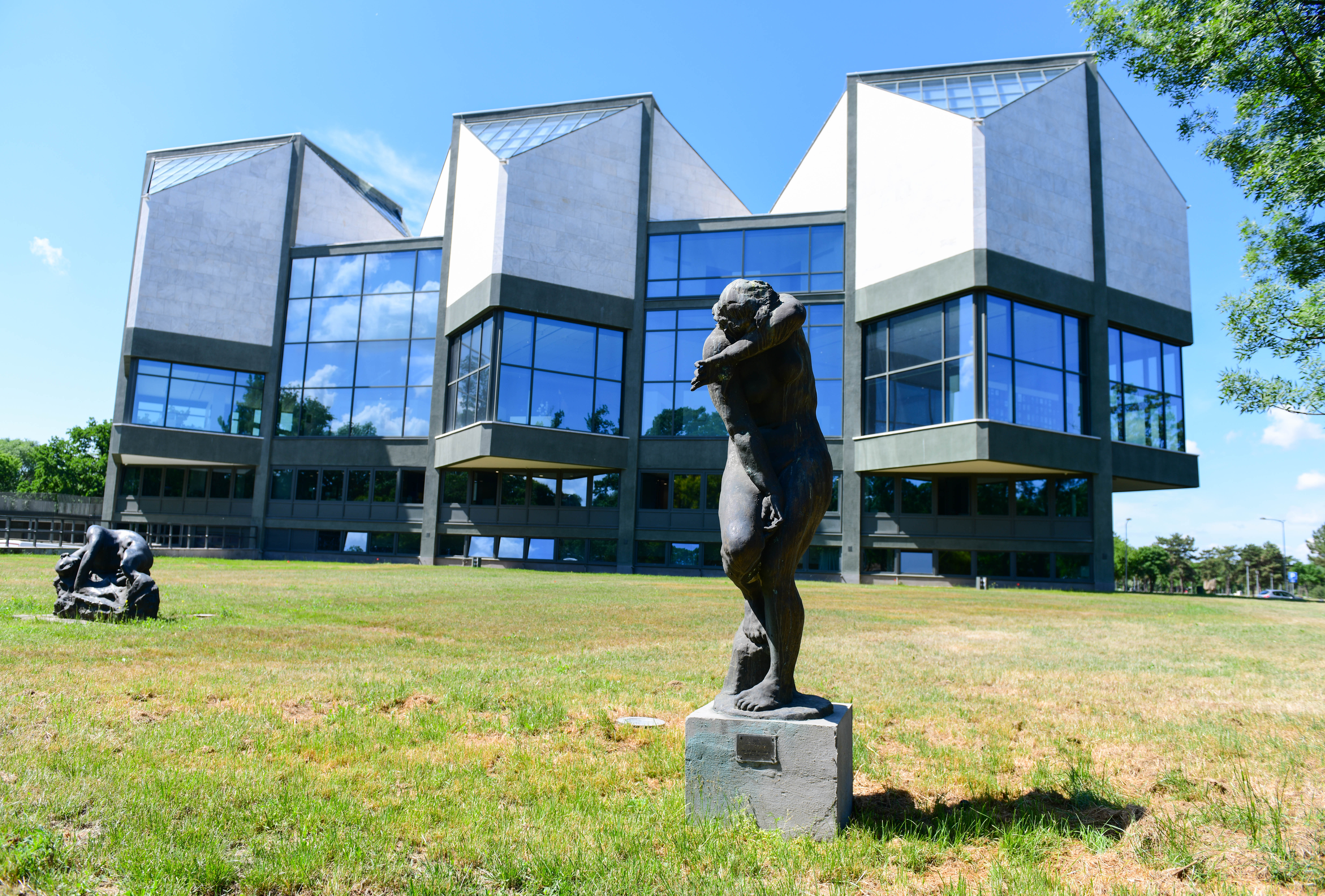 The Museum of Contemporary Art in Belgrade was inaugurated on 20 October 1965 when the building in Ušće (part of New Belgrade) was opened to the public. Ten years earlier, in 1955, the Modern Gallery Committee had been appointed, which was to prepare the ground for the foundation of the Modern Gallery in 1958, an institution that began the work of collecting and expertly processing works of art created since the beginning of the twentieth century. Miodrag B. Protić, a painter, critic and art theorist, was appointed to head the Modern Gallery. Thanks to Protić’s commitment, enthusiasm and dedication to the idea of founding a museum of contemporary art, a competition for an architectural design for the building was announced in 1959. The competition was won by architects Ivan Antić and Ivanka Raspopović and construction began in 1960.

The Museum of Contemporary Art in Belgrade was not the first institution dedicated to collecting and presenting modern art in Yugoslavia (predecessors were the Modern Gallery in Ljubljana, the Gallery of Visual Arts in Rijeka, the City Gallery of Contemporary Art in Zagreb), but it was the only one with a Yugoslav orientation. Insistence on its being the only exhibition of art created on the entire territory of the then Yugoslav republic met with opposition already before the Museum’s foundation. In the book, ‘Noah’s Ark’, Protić states: ‘Due to the exceptional space in which the development process took place in the domain of the image, of universal media, it was not always possible to draw a line…’.

Objections asserted that this concept would diminish space for the presentation of Serbian art and that similar institutions in Ljubljana and Zagreb did not display enough work by Serbian artists. Nevertheless, Protić defended this concept with the argument that Serbian art could not be shown in a European context without Yugoslav art.

The next obstacles centred on objections to the building’s appearance and in general the need to construct a new building. The government offered an abandoned building to be adapted as a museum, which was unacceptable though not that easily fought off. As a compromise, the museum was given a less attractive location: a plot outside the city centre on the New Belgrade side of the River Sava.

The construction of the Museum of Contemporary Art took place between 1960 and 1965 at the time of the Cold War, of Tito’s speech against abstract art and before the student unrest of 1968. The building’s appearance was frequently targeted by political circles. There were several attempts to withdraw funding for the Museum’s construction and fittings so that in 1963 Protić was compelled to break off a study trip to the United States and return earlier in order to defend the costs of the parquet flooring in the exhibition halls and the stone cladding of the façade. According to Protić, the president of the executive council of the Assembly of the Socialist Republic of Serbia at a government session argued that the costs should be approved, saying: ‘Better that we pay this, too than tomorrow be faulted for an obviously ugly building’.

The Museum was opened in 1965, showing Yugoslav art of the twentieth century, and proceeded to collect, study, present and document art of the Yugoslav space. Thanks to the efforts and struggles of Miodrag B. Protić, one of the keenest interpreters of the progressive conception of art and most energetic actors in this field, Belgrade received the Museum of Contemporary Art. Protić’s ideas were firmly woven into Museum policy, as was the orientation towards Yugoslav and socialist progressivism.

In 1966, the American ‘Newsweek’ magazine wrote about the Museum: ‘It stands as an ultra-modern monument to artistic freedom. The most provocative and most original building to have ever been erected in a socialist state… As a Western observer commented, in spirit, it represents a modern and bright memorial to socialist realism.’

Following the collapse of Yugoslavia, the Museum of Contemporary Art continued to maintain its existing collection as well as to acquire works by contemporary artists from the former Yugoslav republics and from other countries in the region. Thus, the museum increasingly turned towards regional and international artistic production, expanding its ex-Yugoslav orientation.