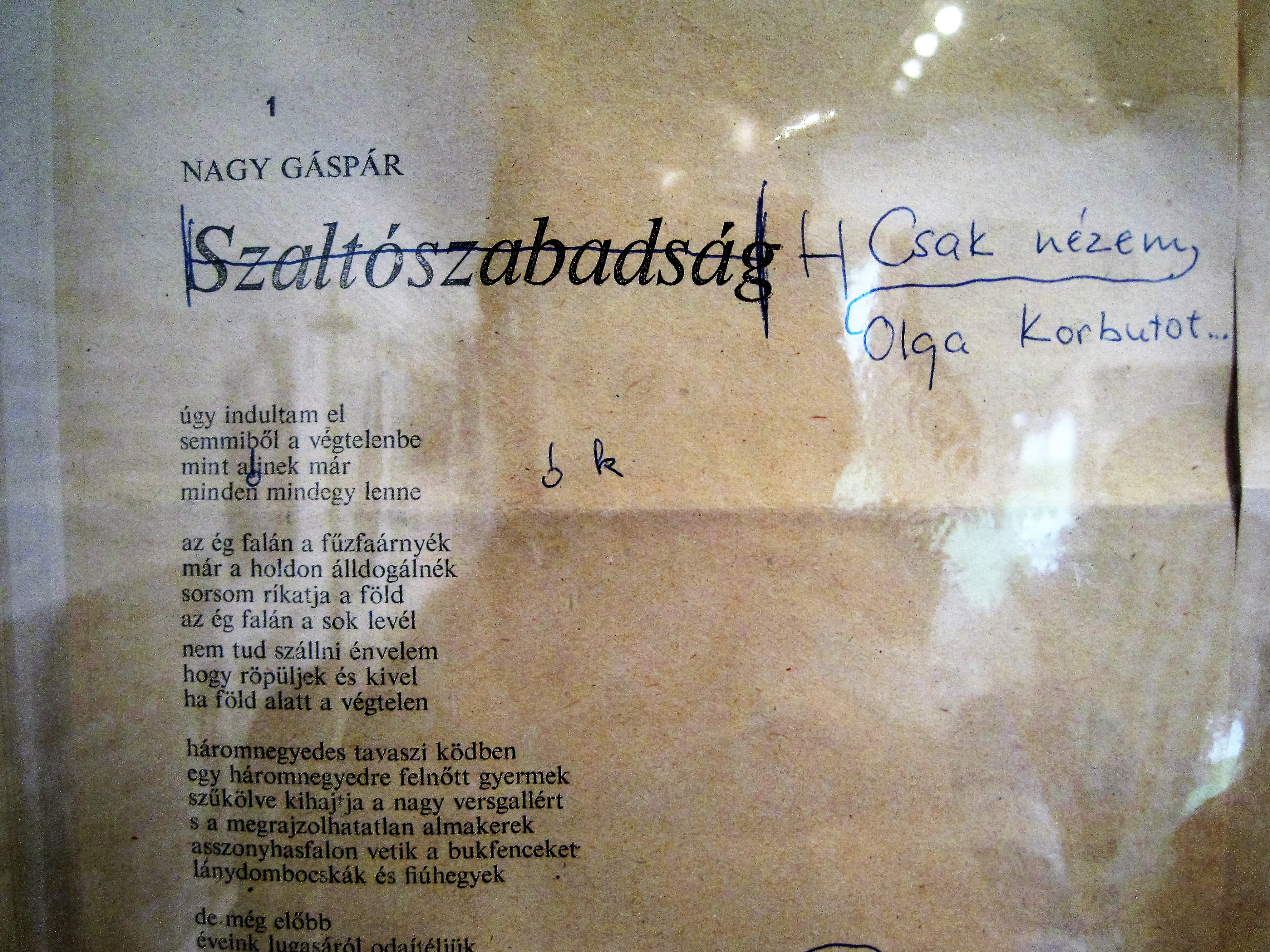 The poem Csak nézem Olga Korbutot is one of Gáspár Nagy’s most famous compositions. It considers the prospects and potentials of the individual, the poet, and the wider community (the nation) in the historical present. It is also an ars poetica, but the most significant issue in the poem is that of freedom and duty. The Soviet gymnast Olga Valentinovna Korbut, who rose to world fame in the 1972 Munich Olympics, appears in the poem for her apparent freedom, which is, however, only momentary and illusory. Her admittedly attractive figure becomes, among other things, an allegory for neo-avant-garde poetry that the lyric “I,” in the final account, rejects for its spectacular but empty gestures. Instead, he opts to address eternal questions and represent classic values. Poetry for him is not a playful game, but something that is to be practiced with humility and profound seriousness. As literary historian Géza Vasy observes, the poet appears here as Athleta Christi. Freedom is the acceptance of the eternal duty of the poet: to tell the “truth.”

The poem’s original title was Szaltószabadság, a neologism difficult to translate (roughly, “Summersault Freedom”). It means “the freedom of flipping in the air,” but it also echoes the word sajtószabadság, which means “freedom of the press.” When the journal Mozgó Világ was launched by the Central Committee of the Communist Youth Organization (KISZ) in December 1975, Nagy’s poem was to appear in the first issue with its original title. However, the censors demanded that it be changed: editor Miklós Veress and the poet choose a line from the poet referring to Korbut.