Everybody with Anybody, Young Artists’ Club, Budapest, 26 February, 1982. 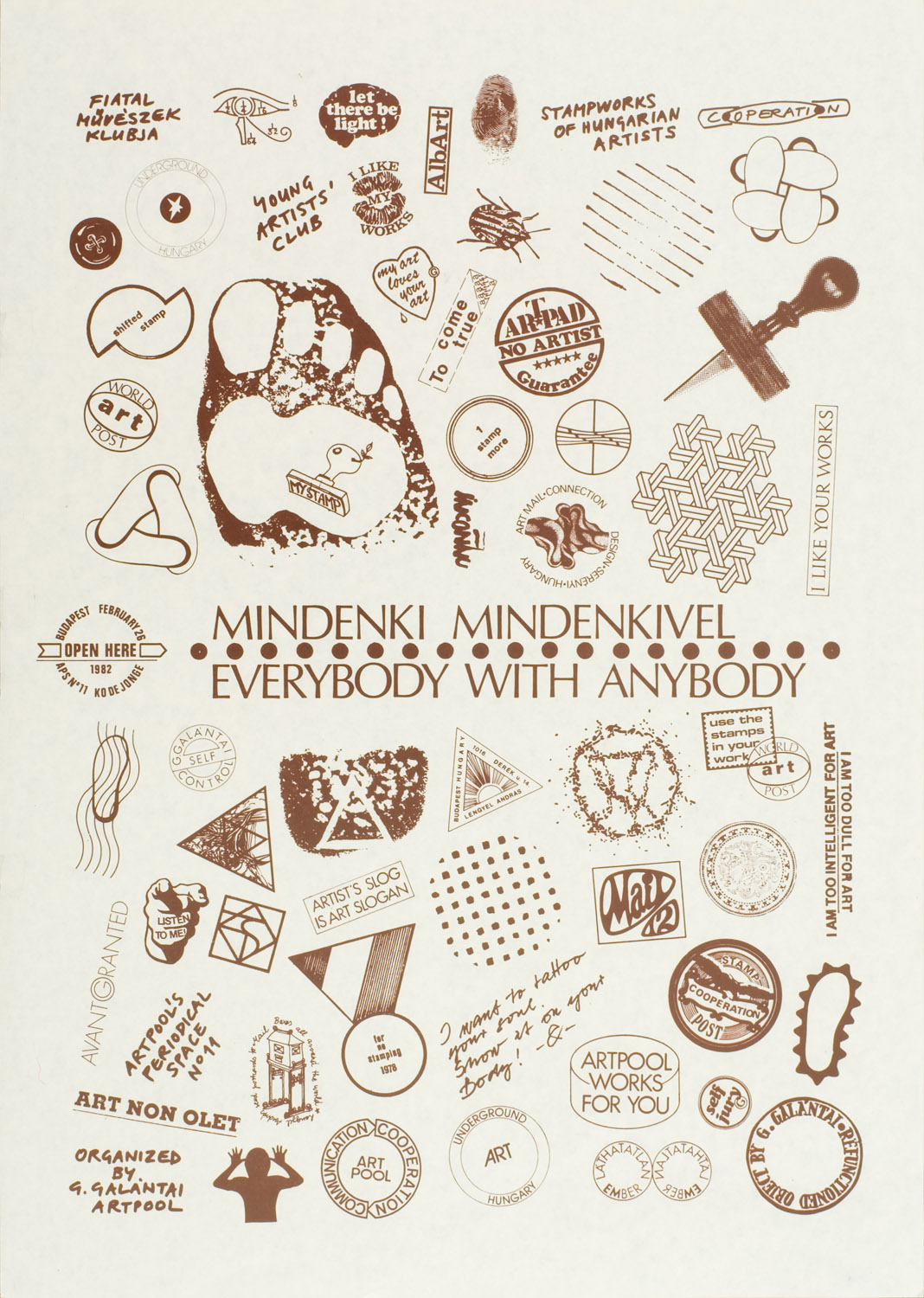 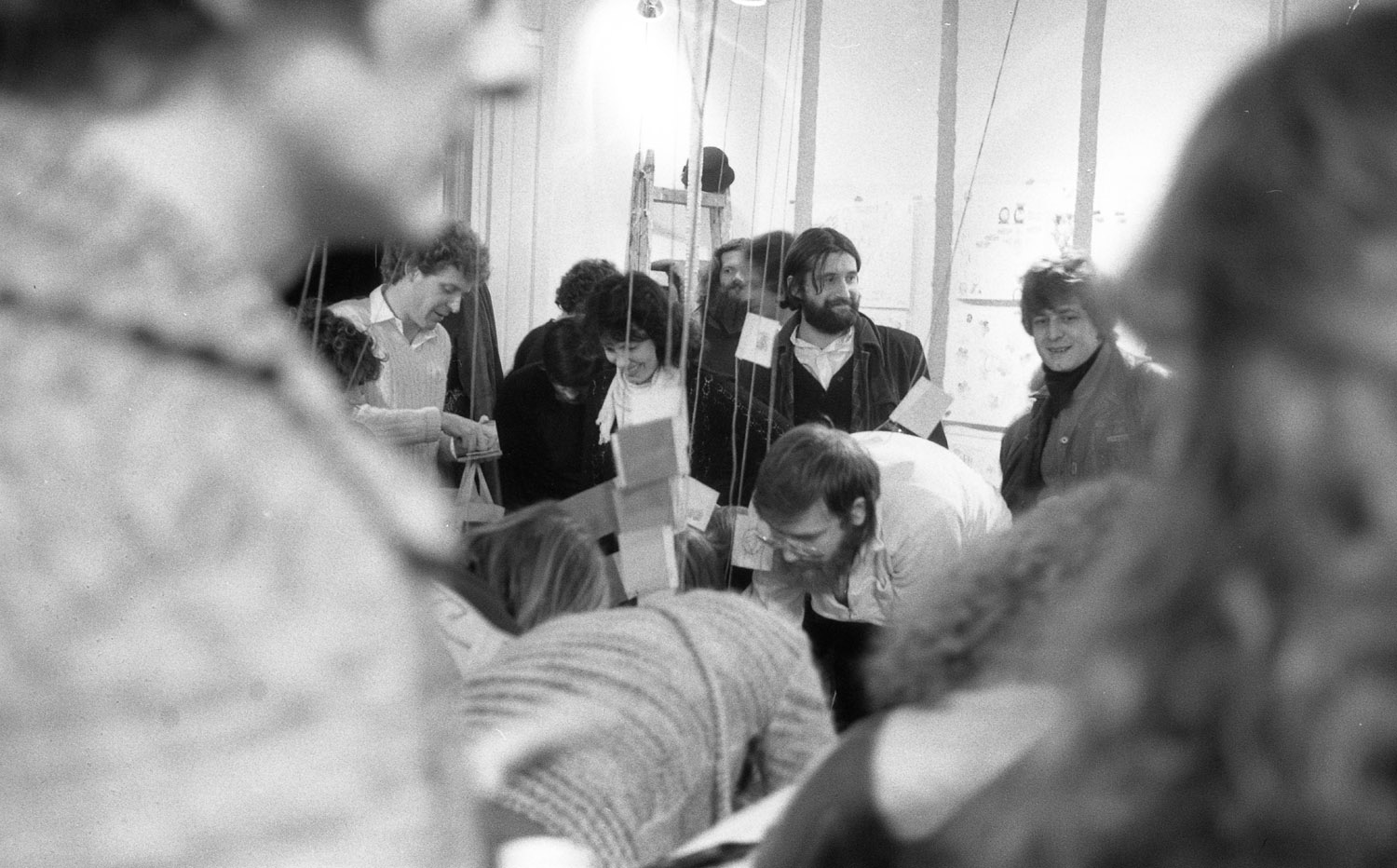 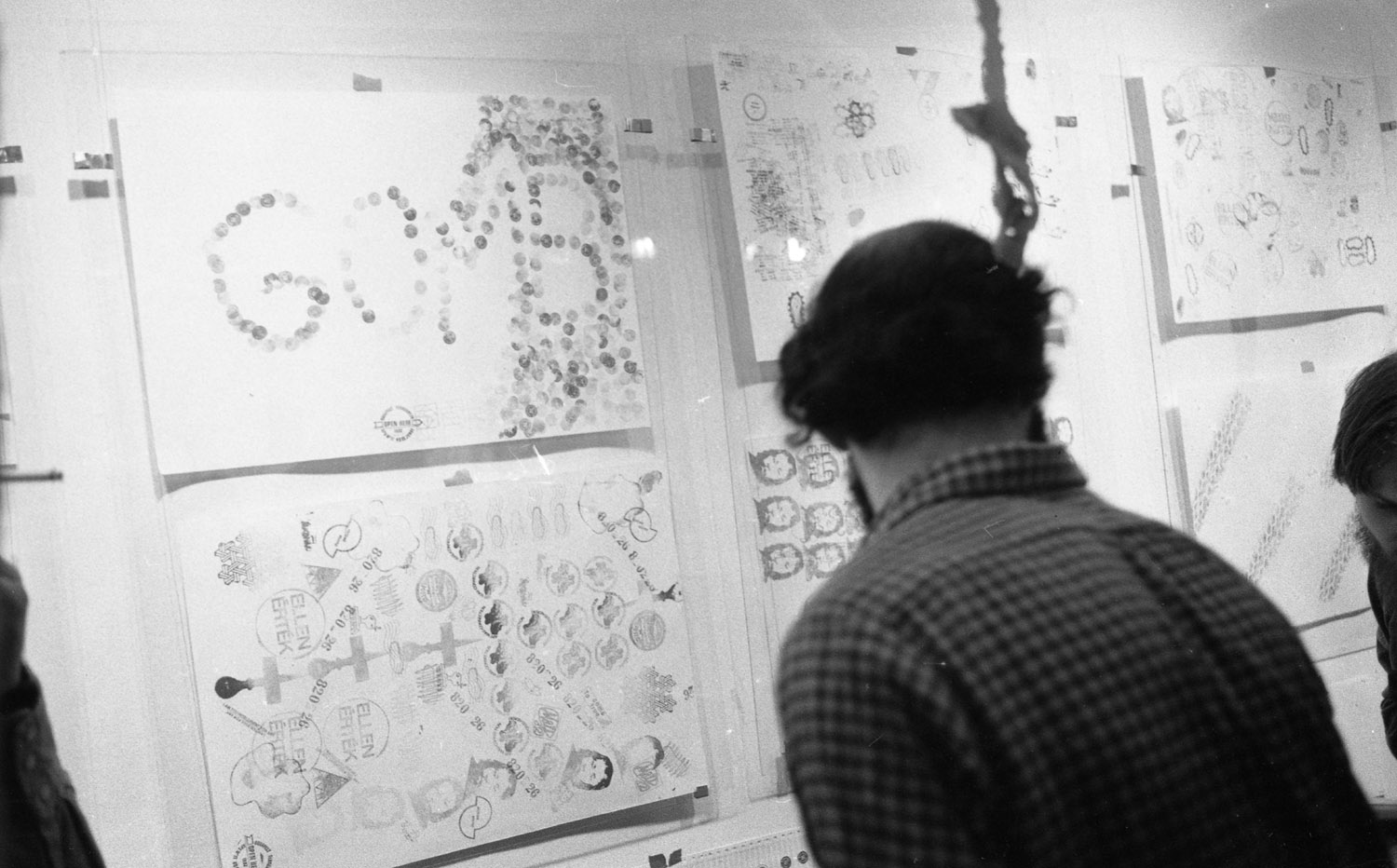 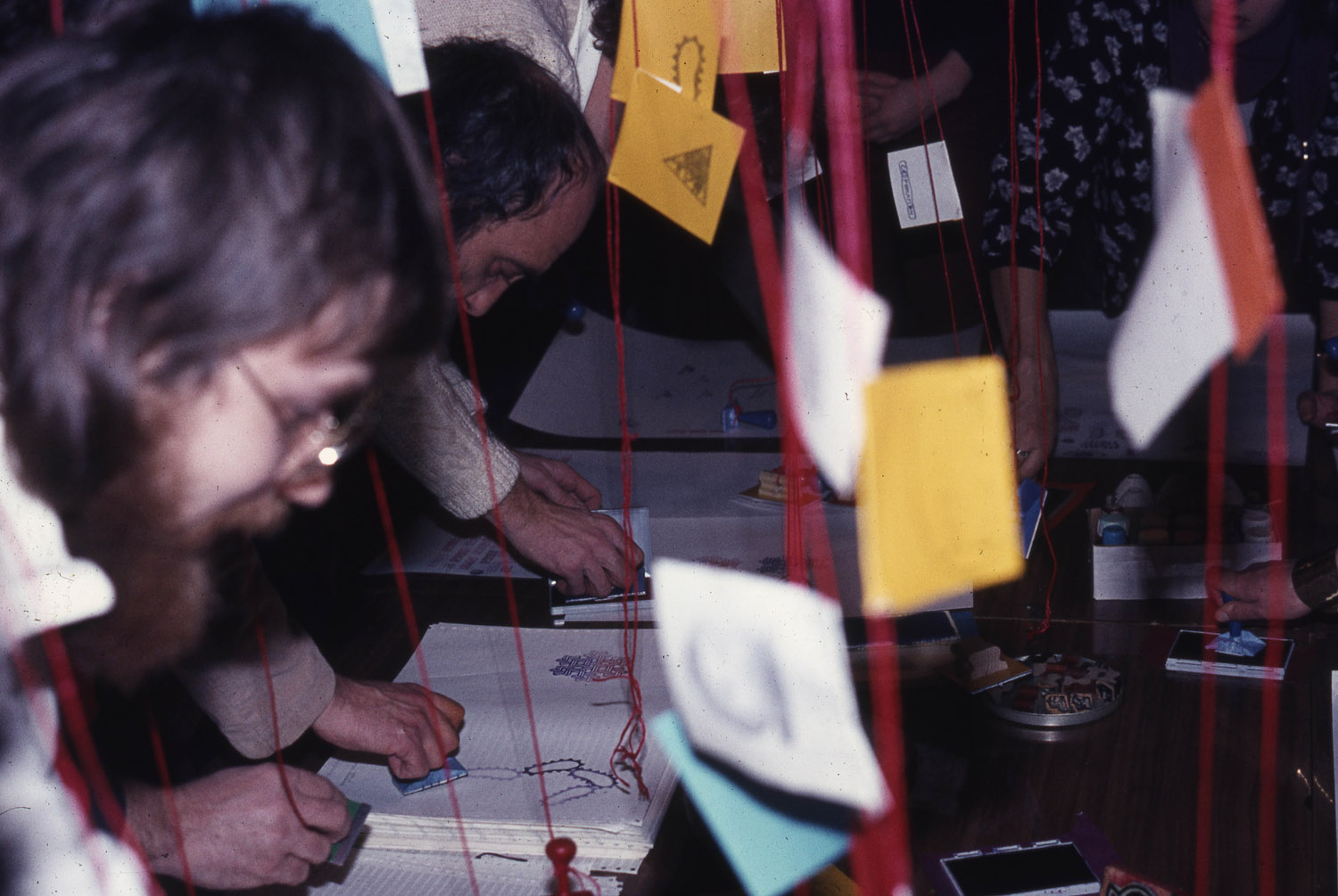 The first Hungarian art rubber stamp competition, action, and exhibition with a special spatial installation was organized by Artpool. During the action, the audience created the exhibition using rubber stamps submitted for the competition by artists. These rubber stamps were produced avoiding the rigorous state bureaucracy, which sought to maintain its monopoly on stamping. In Galántai’s installation, the rubber stamps were hung from the ceiling by cords. During the action, the audience created the exhibition using rubber stamps submitted for the competition by artists. The stamping and stampable materials brought by members of the audience were also used. András Szirtes’ contribution (the looped version of the famous scene by Jiˇrí Menzel in Closely Watched Trains, in which the train dispatcher stamps a young female worker’s bare butt) was shown non-stop in the outer, empty exhibition hall. As a closing act to the event, György Galántai stamped all the works made during the exhibition with the opening rubber stamp Ko de Jonge designed by the Dutch artist Ko de Jonge especially for this occasion (“Open Here”) and placed them under the empty glasses hanging on the wall. At the end of the event, the installation with the hanging rubber-stamps was demolished. Galántai’s tricky method made the anticipatory jurying process of the artworks exhibited impossible. The bookwork-catalogue, which was published in 150 copies, included the original call, the poster, the invitation, photo documentation of the event, and original prints of the participants’ rubber stamps, as well as the telephone dialogue between Miklós Erdély and György Galántai and impressions by Albert Kováts and György Szemadám.
The event and its installation was developed and reconstructed in various contexts, for instane in Marseille and Kapolcs in 1993 and in the Kunsthalle in Budapest in 1995.