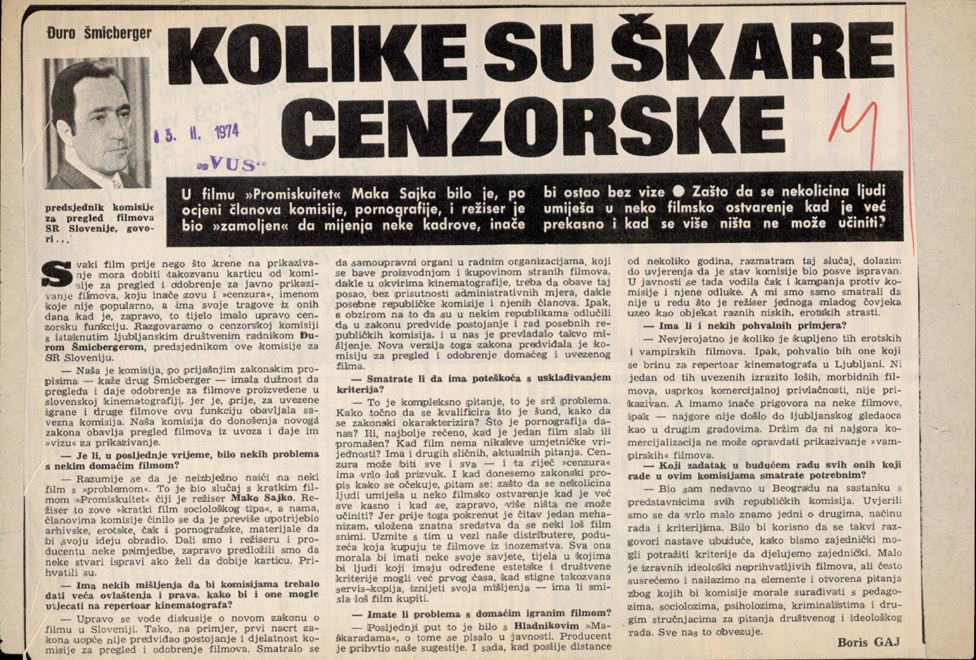 This is an interview by conducted by VUS reporter Boris Gaj with Đuro Šmicberger (1922-2006), the chairman of the commission on the control and approval of motion pictures for public screening in the Socialist Republic of Slovenia. Šmicberger talked about the commission’s practices pertaining to the control and authorisation of motion pictures produced in the Slovenian film industry for public screening, as well as the authorisation of foreign films for public screening. Such commissions also existed in other Yugoslav republics. The collection includes about 150 press clippings from the period 1969-1991 which deal with the practices of film censorship, giving examples of blocked films, etc. The documents are available for research and copying.