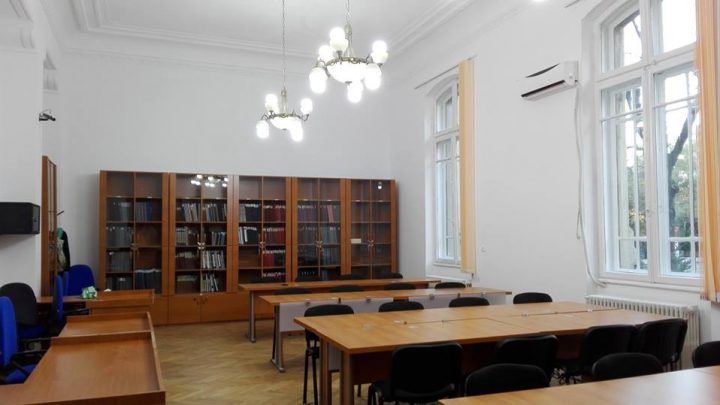 Already in the 1990s, Monica Lovinescu and Virgil Ierunca decided to donate their impressive collection in Paris to the Romanian state. In 1998 they named as the executors of their will Gabriel Liiceanu and Mihnea Berindei, who were thus entrusted with bringing the collection (composed of books, documents, and vinyl records) to Romania (Lovinescu 2010, 477). After the death of its owners and creators, the collection was divided between Gabriel Liiceanu and Mihnea Berindei. According to the archivists who organised the collection, Claudiu-Victor Turcitu and Laura Ristea, at the beginning of 2012 Mihnea Berindei decided to donate his part to the National Archives of Romania in Bucharest. Besides the 4.2 linear metres of manuscripts, memoirs, and press clippings, Berindei also donated 5.00 linear metres of books, collections of newspapers, and magazines, which were included as part of the library of the Central National Historical Archives in Bucharest. Since 2015, the Monica Lovinescu and Virgil Ierunca collection has been open for research at National Central Archives in Bucharest.