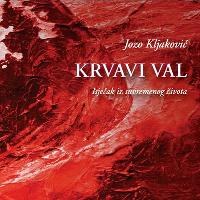 Kljaković wrote this autobiographical political-utopian novel during his émigré period in Rome. He dealt with the crisis of the ideological focal points of his time through the prism of real and fictitious situations, in which Kljaković stood out in particular by sharply rejecting communist ideology. Kljaković's novel was inspired by the 1956 Hungarian Revolution. For this reason, the central character is named Oskar Csokor, who suffered at communist hands in Hungary in 1956. Likewise, the very title of the novel refers to the emergence and spread of communism as a "bloody wave" that flooded the entire world of its time. The book was banned in the socialist period, so its second edition was only published in Croatia in 2011. 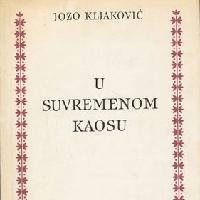 In this book, Kljaković recounted his memories of the turbulent political events of his life. As a civic intellectual and defender of the values of Western civilization, he was especially concerned about the rise of communism in his country and the world after the Second World War. The book was not available in Croatia and Yugoslavia until 1990 due to Kljaković's criticism of the socialist regime. It was originally published in Buenos Aires in 1952, and the Croatian edition was published only in 1992 after the collapse of communism.

Kljaković particularly emphasized his connections to the Yugoslav Partisan movement in the second half of the WWII during his exile in Italy. He described his break with it and expressed a deep scepticism in the success of the post-war project of the new Yugoslavia, pointing out that "Tito's attempts to organize Yugoslavia as a federation and to subordinate the national and religious aspects to the social ideology of “The Internationale” does not solve our problems" (Kljaković 1992: 282). According to Dukić, Tito himself told his associates that this book should not be translated into English. 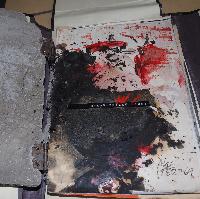 Milan Knížák is a significant Czech action artist. Since the beginning of the 1960s, he started with performance art – happenings, that were realised mostly in the streets of Prague. Their goal was to connect art and common life. Participants, that were, according to Knížák, the main and irreplaceable bearers of actions of these performances, were engaged in the game while the happenings interfered their lives. The events, according to Knížák’s interpretation, therefore could not have been fictive but had to be what they really were. Knížák also realized several installations – short-term exhibitions – in the streets of Prague, some of them were photographically documented. Knížák and his friends founded a group called “Aktuální umění” (Actual Art), later known as “Aktual”, in 1963. At the end of the 1960s and during the 1970s, Knížák’s actions got more ceremonial and ritual character. Some of the actions of the group Actual from 1962–1969 were documented by Knížák in a unique documentary book “Útoky" (The Attacks) with original and nonconformist artistic concepts; he sold the book, together with another one – “Hry a obřady” (The Games and the Ceremonial) – also documenting actions of Aktual during the 1960s, to the Museum of Czech Literature in March 1971. Similar documentary books were created by Knížák starting in 1964 and became a medium of the artist’s expression and documentation of his work, thoughts and feelings. The books used to have impractical covers (made of cement, wires or nails) to “not die in a library”. They contained original documents, scripts of the actions, texts, photos, drawings, collages, personal belongings or pieces of art works. Knížák’s documentary books (he created dozens of them) were therefore documents and pieces of art at the same time. “Útoky: Kniha akcí Aktualu 1962–1969” is a part of the Literary Archive of the Museum of Czech Literature until today and together with Knížák’s book “Hry a obřady Aktualu 1963–1969” forms the Milan Knížák Collection.

This radio dramatization of Kocbek's psychological short-story collection was done by Ivan Buzečan in Italy after Kocbek's death in 1981. Kocbek portrayed the individual experience of war, bringing forth the eternal dilemmas that arise in every war, fear, courage and heroism, and the moral crisis that affects every man in the wartime environment. Kocbek painted the psychological portraits of the Partisans, collaborators, and occupiers, overcoming the ideological mythology of the official cultural policy of the regime which described the war in a uniform manner. With such a depiction of war and wartime events, in which he also humanized the Partisans' opponents at the beginning of the 1950s when the novel was originally written, Kocbek clashed with the concept of the then prevailing socialist realism. 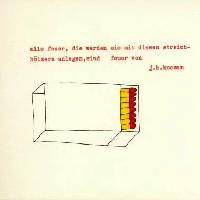