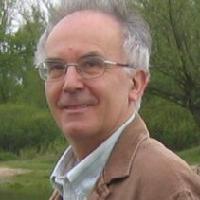 Šalamun, Tomaž
Tomaž Šalamun was a Slovenian poet and leading figure of post-war neo-avantgarde poetry in Central Europe. He was internationally acclaimed as an absurdist writer. His books of Slovene poetry have been translated into twenty-one languages.

In the 1960s, Šalamun participated in various student movements. In 1964 he was imprisoned because of an article in the journal Perspektive [Perspectives] in which he criticized the cultural politics of the Yugoslav communist regime. He was released after one week due to the protest of important Slovenian intellectuals, close to the regime. During this time, he met with the political poet and dissident Edvard Kocbek who influenced him on the search for autonomous poetic expression.

In 1966, Šalamun published his first volume of poetry, entitled Poker, in which he broke with the Slovenian poetic tradition (the first poem of the volume begins with the verse that would later become famous: “Utrudil sem se podobe svojega plemena in se izselil” [“I am tired of the image of my tribe and I went into exile.”]. The volume was immediately successful among younger generations, in Slovenia as well as throughout Yugoslavia. However, Šalamun was severely criticized and accused of “nihilism”, “decadence”, and “destructive individualism”.

In the early 1970s, he began to collaborate with the Slovenian avantgarde art group OHO (which also included the well-known philosopher Slavoj Žižek). As part of this group, he visited the United States at the invitation of the Museum of Modern Art in New York. Šalamun’s experience in the United States, as well as two years in Mexico (between 1979 and 1981), where he familiarized himself with contemporary Latin American literature, had a strong impact on him.

Starting in the late 1970s, he often took part in the prestigious Iowa Writers’ Workshop.

Between 1996 and 1997 he was a cultural attaché at the Consulate of the Republic of Slovenia in New York. Later he settled in Ljubljana, with his wife, academic painter and graphic artist, Metka Krašovec.
czytaj więcej 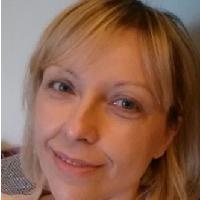 Tatjana Šaric has been employed at the Croatian State Archives in Zagreb since 2000. She graduated with degrees in history and Czech language and literature, and then while working as a research assistant at the CSA she earned her master's degree (2008) and Ph.D. (2011) on topics related to twentieth-century Croatian history. She is employed as an archivist and researcher at the Political Parties and Associations Division of the CSA’s Department for Preservation and Arrangement of Archival Records. Besides professional archival work, she has also worked on scholarly projects. She is the author of several professional and scholarly papers covering topics in modern and contemporary Croatian history. She also deals with cultural history (her master’s thesis was on "Cultural Policies of the Authorities, 1945-1953: The Example of Matica hrvatska") and with the history of different social groups (PhD thesis: "The Status and Role of Youth and Youth Organizations in Federal Croatia/People’s Republic of Croatia, 1945-1953") through which she became familiar with cultural opposition to the communist system. She did not take part in any opposition activities during the socialist period. In 2003, she organized the Krunoslav Draganović Collection at the Croatian State Archives (CSA) and devised a search aid.

Jaromír Šavrda was a Czech journalist, writer, political prisoner and significant representative of dissent in Ostrava. He graduated with a degree in Czech studies from the Faculty of Arts of Charles University in Prague in 1957 and later worked as a librarian in Ostrava. After the end of 1950s, he taught at a high school; from 1963 he worked as a full-time writer and journalist. He was expelled from the distance studies of law shortly before graduation in 1972. He worked as a warehouse keeper in a geological research between 1972 and 1975 when he was forced to retire due to ill health. Šavrda, who was not allowed to officially publish after 1968, published his texts as samizdat in the 1970s and 1980s, mostly in his own edition Libri prohibiti founded in 1972, as well as exile magazines (e.g. Svědectví or Listy). He also collaborated with a branch of a samizdat edition Petlice in Brno. He was sentenced to two and half years of imprisonment because of the production of Libri prohibiti and for possession of forbidden printed materials in 1978. After his release from prison, he signed Charter 77 in 1981. In September 1982, he was taken into custody again for alleged sedition and possession of forbidden printed materials and sentenced to twenty-five months. Even after his second release, Šavrda continued in his samizdat activities, for example, he printed his translations of Anna Achmatova poems (Requiem, 1987). The flat of Šavrda and his wife was a place of regular meetings of dissidents from Ostrava and the surrounding area, even during the time when Šavrda was in prison. His prison experiences were depicted in his book Přechodné adresy (The Temporary Addresses), first published as samizdat in 1987 and officially published in 1991. Jaromír Šavrda died in May 1988 as a consequence of his imprisonment. In 1993, he became a honorary citizen of Ostrava, and he was in memoriam awarded the Class IV Order of Tomáš Garrigue Masaryk by the president Václav Havel in 1998. “Cena Jaromíra Šavrdy za svědectví o totalitě” (the Prize of Jaromír Šavrda for Witnessing of Totalitarism), awarded by the association PANT since 2008 on the Human Rights Day, now bears his name. The name of the library Libri prohibiti, founded by Jiří Gruntorád in 1990, refers to the name of Šavrda’s samizdat edition. 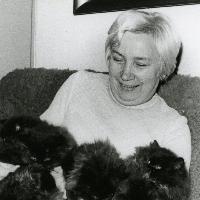 Dolores Šavrdová was a wife of Jaromír Šavrda (a Czech journalist, writer, political prisoner, significant representative of dissent in Ostrava and signatory to Charter 77, who died in May 1988 after years of imprisonment). She met Šavrda at the beginning of the 1970s in Ostrava and lived with him until his death. Dolores Šavrdová also signed Charter 77 in 1987 and had to face Communist bullying, eavesdropping and being followed. During the 1970s and 1980s, the Šavrdas’ apartment in Ostrava-Zábřeh was a northern-Moravian centre of anti-regime opposition and a place of regular meetings of dissidents from Ostrava and the region; some of them were, as was proven later, agents of the State Security (StB). After the death of her husband, she took care of his legacy and, for example, attended the ceremony of “Cena Jaromíra Šavrdy za svědectví o totalitě” (the Prize of Jaromír Šavrda for Witnessing of Totalitarism), awarded by the association PANT on Human Rights Day since 2008. After the death of Dolores Šavrdová in 2012, her heirs gave the written estate of the spouses to the Ostrava City Archive.

Jiřina Šiklová is a Czech sociologist and journalist and is one of the most significant figures from the resistance against the communist regime. She was born on 17 June 1935 in Prague, her father worked as a physician and her mother as a teacher. After her graduation from the Charlotte Masaryk Grammar School, she went on to study history and philosophy at Charles University’s Faculty of Arts in Prague. She married in 1956 and has two children – a son and a daughter. In 1956, after the 20th Congress of the Communist Party of the Soviet Union and criticism of the personality cult of Joseph Stalin, she joined the Communist Party of Czechoslovakia. In the mid-1960s, Šiklová co-founded the Department of Sociology at Charles University Faculty of Arts in Prague; she studied youth and the student movements. She actively participated in the Prague Spring and supported the reformist tendencies within the Communist Party. In 1968, Šiklová signed the “Two Thousand Words” manifesto and left the Communist Party the following year. In the same year, 1969, she was one of the first academics to be dismissed from Charles University. During the period of Normalization, she was unable to find a professional job due to her political involvement and, therefore, worked as a cleaning lady and later as a social worker in the geriatric ward of the Thomayer Hospital in Prague. From the beginning of the 1970s, she co-operated with Petr Pithart in smuggling samizdat and exile literature. She continued to organise this smuggling herself from 1977 until May 1981, when the operation was exposed and Šiklová and other people were accused of subverting the republic. All the accused were discharged without a trial after a year, however, the prosecution of the group “Šiklová a spol.” (Šiklová et al) did not end until December 1989. After her return from prison in spring 1982, Šiklová (together with Vilém Prečan and Wolfgang Scheur) re-established the smuggling of banned literature, which she continued to do until November 1989. Jiřina Šiklová signed Charter 77.

After November 1989, she founded the Department of Social Work at Charles University Faculty of Arts in Prague; she was the head of department until 2000. She also founded the Gender Studies information centre and library in Prague. In 1995, Šiklová was awarded the Woman of Europe Award in Brussels for her contribution to European integration. In 1999, she was awarded the Ist Class Medal of Tomáš Garrigue Masaryk. In February 2000, Šiklová was awarded the Medal of Alice Masaryková for her contribution to the development of social work in the Czech Republic. She has published dozens of texts in both foreign and domestic scientific journals and was the chair of the Masaryk Czech Sociological Association.
czytaj więcej
1 066 - 1 070
«« poprzednia strona 1 ... 209 210 211 212 213 214 215 216 217 218 219 następna strona »»