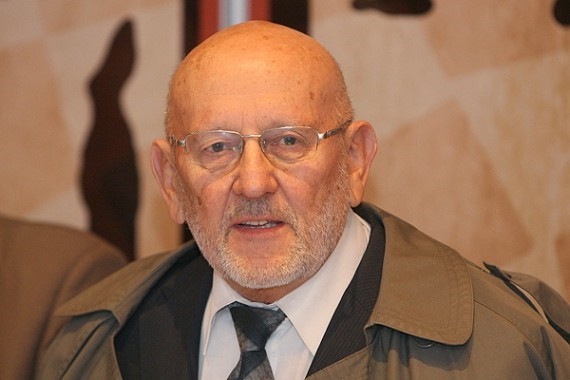 Gediminas Ilgūnas was a journalist, writer, ethnographer and traveller. (Although his full name was Stanislovas Gediminas, he chose to be called by his middle name Gediminas.) In 1953, he was imprisoned for anti-Soviet activities. According to his criminal record, he was arrested and sentenced to 25 years for 'anti-Soviet activity'. He was accused of participating in an organised 'anti-Soviet group', of attacking a Red Army soldier and stealing his gun, of stealing a typewriter from a Soviet organisation, and of maintaining contacts with guerilla fighters. However, in 1956, Ilgūnas' sentence was shortened to seven years, and in 1957 he was released. Although there is no information about his release, after the 20th Communist Party Congress in February 1956, many Lithuanians who had been imprisoned for anti-Soviet activity were released; Ilgūnas was probably one of them.

In 1959, together with his close friend the philologist and literary historian Vincas Kuzmickas, he started to organise ethnographic expeditions, not only in Lithuania, but also in the Soviet Union (Russia), and to collect material about important personalities in Lithuanian national history (the geologist Jonas Čerskis, and Vincas Pietaris, the author of the first historical novel in the Lithuanian language), who were practically unknown to the general public. He graduated from the Faculty of Philology at Vilnius University in 1976. Until 1990, Ilgūnas worked for a state construction company. The ethnographic and cultural activities which he was involved in were not considered dangerous by the regime.

During the time of perestroika, Ilgūnas founded a Sąjūdis movement group in his native town Jonava in 1988, and in 1990 he was elected to the Supreme Council, which on 11 March 1990 proclaimed Lithuania's independence. He made a political career in the Republic of Lithuania, as director of the Archive Department, chairman of the Board of Lithuanian Television and Radio, an active member of the Lithuanian Social Democratic Party, and as an advisor to President Algirdas Brazauskas.

The Gediminas Ilgūnas collection was founded in 1988. Ilgūnas presented nine units of material to the Lithuanian SSR Central State Archive of Literature and Art. The manuscript of his biography of Vincas Pietaris was among them. In 1992, he again presented more than a hundred units of documents to the Lithuanian Archive of Literature and Art. Among them were various documents he had collected relating to the life of Pietaris and his writings (copies of articles, etc). In this way, the Ilgūnas collection in the archive grew substantially.