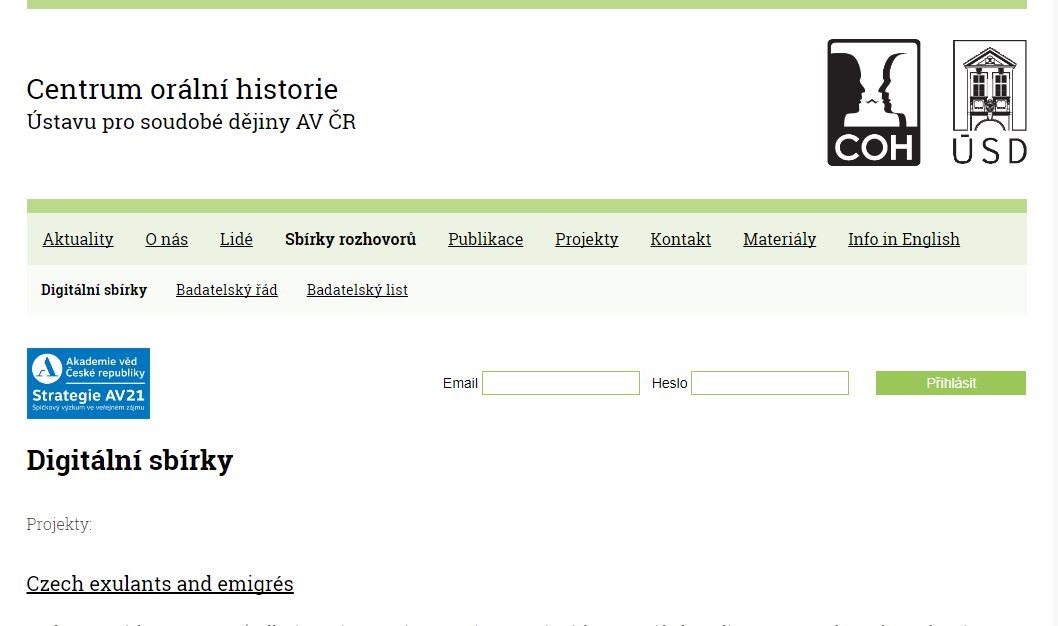 The digital collection of the Oral History Center contains more than 2000 interviews with twentieth-century witnesses, which are divided into different themes and topics, thus presenting a unique collection of professionally created interviews and memories, many of which are related to the theme of cultural opposition.