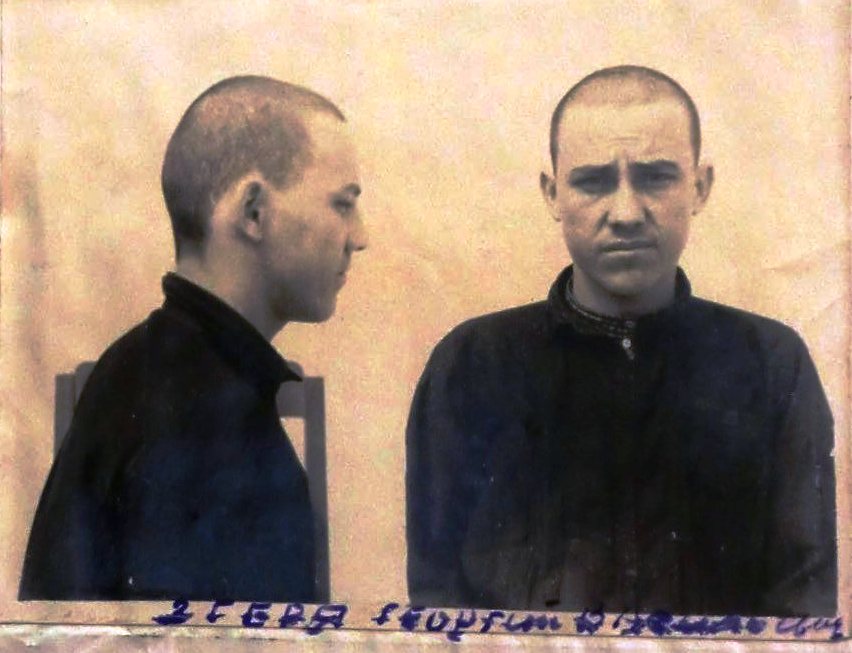 Gheorghe Zgherea (born in 1932, Văleni, Vulcănești district) was a person of peasant background who hailed from a moderately prosperous family with a strong tradition of religious dissent. Zgherea acquired the basic elements of primary education, attending the village school till the age of twelve (i.e., until 1944), which means his instruction took place in a Romanian educational institution. After the war, he worked in his parents’ household and then apparently joined the collective farm, together with his parents, in 1948. However, in December 1949, he became a member of the Inochentist community in his native village of Văleni. This decision probably resulted from a combination of his parents’ influence and example (their house was used as a gathering place for the group members) and the efforts of some of his relatives and acquaintances (notably the preacher Elena Ciobanu). In any case, it is obvious that family connections and local networks played a crucial role in Zgherea’s conversion. Upon his entering the community, he received a metal cross (a symbol of belonging to his new community) and some Inochentist texts. However, oral sermons held at the periodic assemblies of the faithful were the preferred mode of communication within the group. Within a year, by December 1950, Zgherea had advanced within the local Inochentist hierarchy to become a preacher himself. It appears that, after being consecrated as a preacher, he had to leave his village in order to propagate the Inochentist message in the neighbouring areas. Starting from early 1951, Zgherea became effectively an outcast within Soviet society, entering the underground network of Inochentist village preachers. He travelled (“roamed,” in Soviet parlance) through a number of villages in the southern and central regions of the MSSR, attempting to recruit new members and to spread his community’s radical religious views among the local peasants. He initially worked under the supervision of a senior “brother,” but in the summer of 1951 he became an independent preacher. Besides spreading the millenarian and eschatological message of his community, Zgherea also encouraged the peasants to ignore or reject the policies of the regime, to boycott the Party and the Communist Youth League, and to strictly abide by customary religious practices, including fasting periods. He especially emphasised the refusal to work on Sundays as a prerequisite for eternal salvation. His proselytising and recruitment efforts were not particularly impressive (he only managed to recruit three or four of his fellow villagers into the group). However, the Soviet authorities linked Zgherea’s case to a previous trial of six influential members of the movement, including several of his relatives and his recruiter, Elena Ciobanu. The existence of this clandestine network increased the alarm of the regime, which feared that Inochentism’s appeal in rural areas might undermine the hold of Soviet power on the peasantry. Zgherea was first arrested in December 1952, but managed to escape from police custody during his transportation to the police headquarters in Cahul. He was apprehended again on 2 May 1953 and, after a one-month-long inquiry, was sentenced to twenty-five years of hard labour and to five years of suspension of civil rights, according to articles 54-10, part 2, and 54-11 of the Penal Code of the Ukrainian SSR (“anti-Soviet agitation and propaganda and membership in an anti-Soviet organisation aimed at overthrowing, undermining or weakening Soviet power”). His sentence was revised downwards (to five years in a forced labour camp and three years of suspension of civil rights) in June 1955. He was subsequently amnestied according to the special decree of 27 March 1953 concerning the release of political prisoners. Zgherea was finally rehabilitated by the Supreme Court of Justice of the Republic of Moldova in December 2005. No further data about his fate after 1955 are available in his case file.