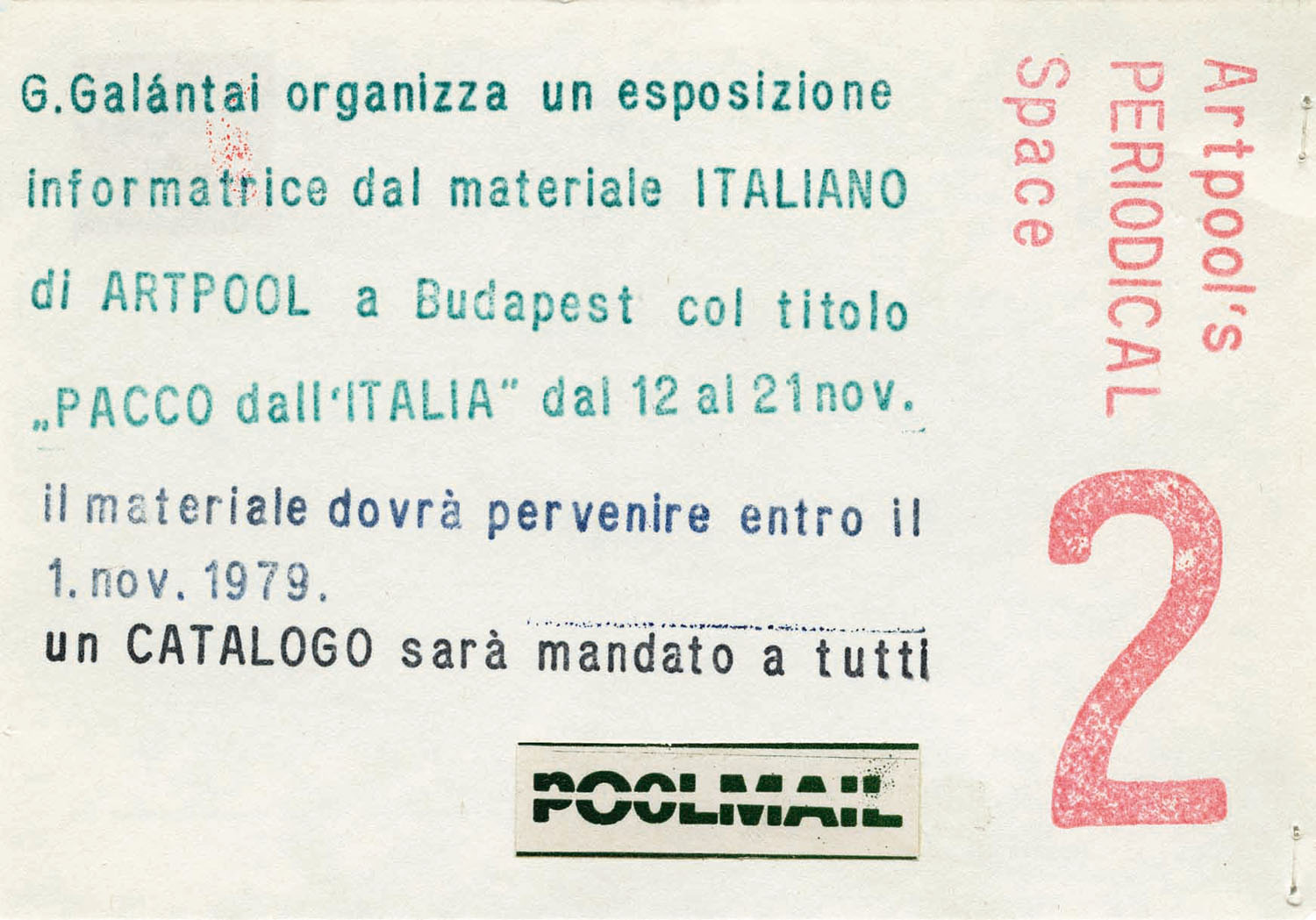 Artpool organized several shows presenting visual poetic tendencies in other venues and in its own exhibition space (Artpool P60): Pacco dall’Italia (1979 APS no.2, PACCO dall'ITALIA (Italian Package) PIK Galéria, Csepel, Budapest): the exhibition material would have been made up of the visual and sound poetry works collected during the Italian Art Tour (of the previous year), combined with mail art works. The show was banned by the state cultural authorities.