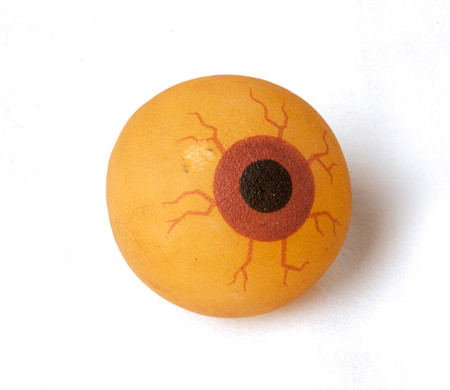 The work George Orwell 1984 by the Split artist Toma Bebić was created in the revolutionary period as 1968 moved into 1969; it is a paraphrase of the Orwellian "Big Brother." After the artist’s intervention, a rubber playing ball was transformed into "an all-watching eye," a clear metaphor that alludes to the totalitarian nature of communist authority.