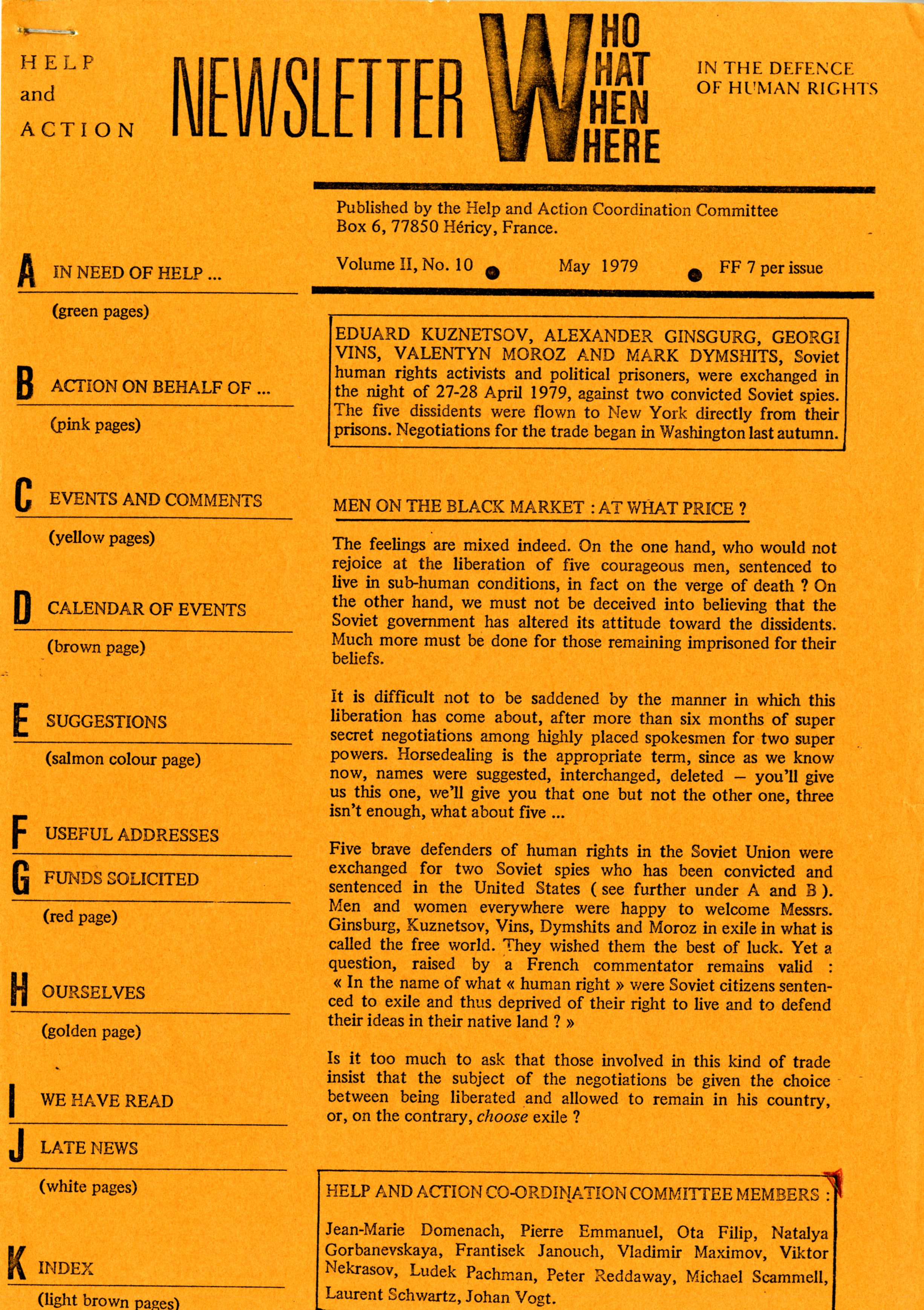 In the 1970s, the first representatives of the political and cultural opposition to the Soviet Union came to the West and, above all, to France. Most of them went through communist jails, labour camps, were abused psychologically, subjected to persecution or bullying from the police. Their endeavour in exile was to continue with the struggle against totalitarianism, repression and the constant violations of human rights. It was their determination that brought them to be amongst the members of the Czechoslovak emigration, and Pavel Tigrid paid them great attention and gave them a background in their Redaction Testimonies.

Pavel Tigrid and his wife prepared to cooperate with their Russian friends in Paris in November 1974 at a Russian-Czechoslovakian conference. At the meeting, Ivana Tigridová initiated the establishment of an organisation that would coordinate human rights activities in different parts of the world and cooperate with international human rights and civil liberty organisations in Eastern Europe. The ten-member committee was elected and Ivana Tigridová became the committee's honorary secretary. The organisation, named Help and Action, was headquartered in Paris's Testimonies Redaction. The Committee Secretariat was managed by volunteers and funded by private donations.

Since then, members of the Help and Action Coordination Committee have been planning and coordinating activities to defend human and civil rights in their countries. Ivana Tigridova, in cooperation with her husband, had been functioning since the establishment of the committee.

The purpose of the committee's work was to mobilise the public and, with its help, to reach out to governments and international organisations in the West, and then to exert pressure on the representatives of the Communist countries, where the rights and freedoms of their citizens were suppressed. In support of persecuted Czechoslovak and Soviet citizens, the Help and Action organised demonstrations, petitions, public debates and press conferences. The main objective of these campaigns was to achieve the release of political prisoners or at least to mitigate their prison conditions. Moral support was also provided to the prisoners, which was very important to them. They knew that their activities, despite the numerous repressions of the regime, made sense. At the same time, help was also organised for their families. Ivana Tigridová published a bulletin of the same name, which informed the public about the human rights situation in the Soviet Union, Czechoslovakia and other Eastern Bloc countries.

Help and Action was active until the fall of the Iron Curtain, which meant the defeat of totalitarian regimes in the Soviet bloc countries.