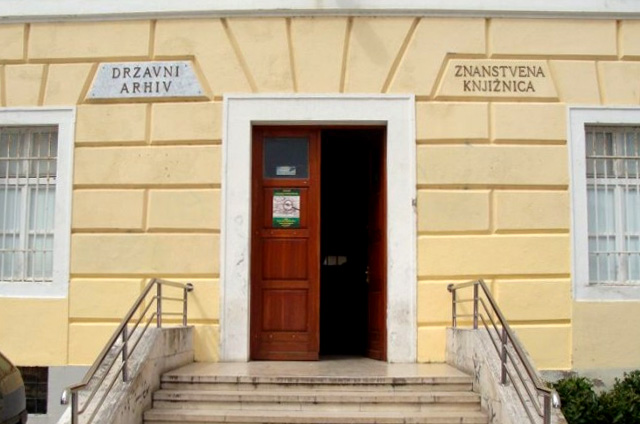 Archiving has a long tradition in the city of Zadar, dating back to medieval times, when Zadar was a part of the Republic of Venice. In 1390, the word "archives" was mentioned for the first time on Croatian soil, in a document written by a Zadar notary (archivium communis Jadre - archives of the municipality of Zadar). In 1624, the archives of the General Administrator in Zadar were established, and this was the beginning of systematic and organised storage of documents. Such archiving practices continued after the fall of the Venetian Republic in 1797, both under French and Austrian rule. In the post-war period, the archives became the state archives for the most of Dalmatia, including the islands of Pag and Rab. It was counted among four largest regional archives in Croatia. Later, with the establishment of the archives in Šibenik and Split, its jurisdiction shrank to Zadar County and parts of Lika-Senj County.