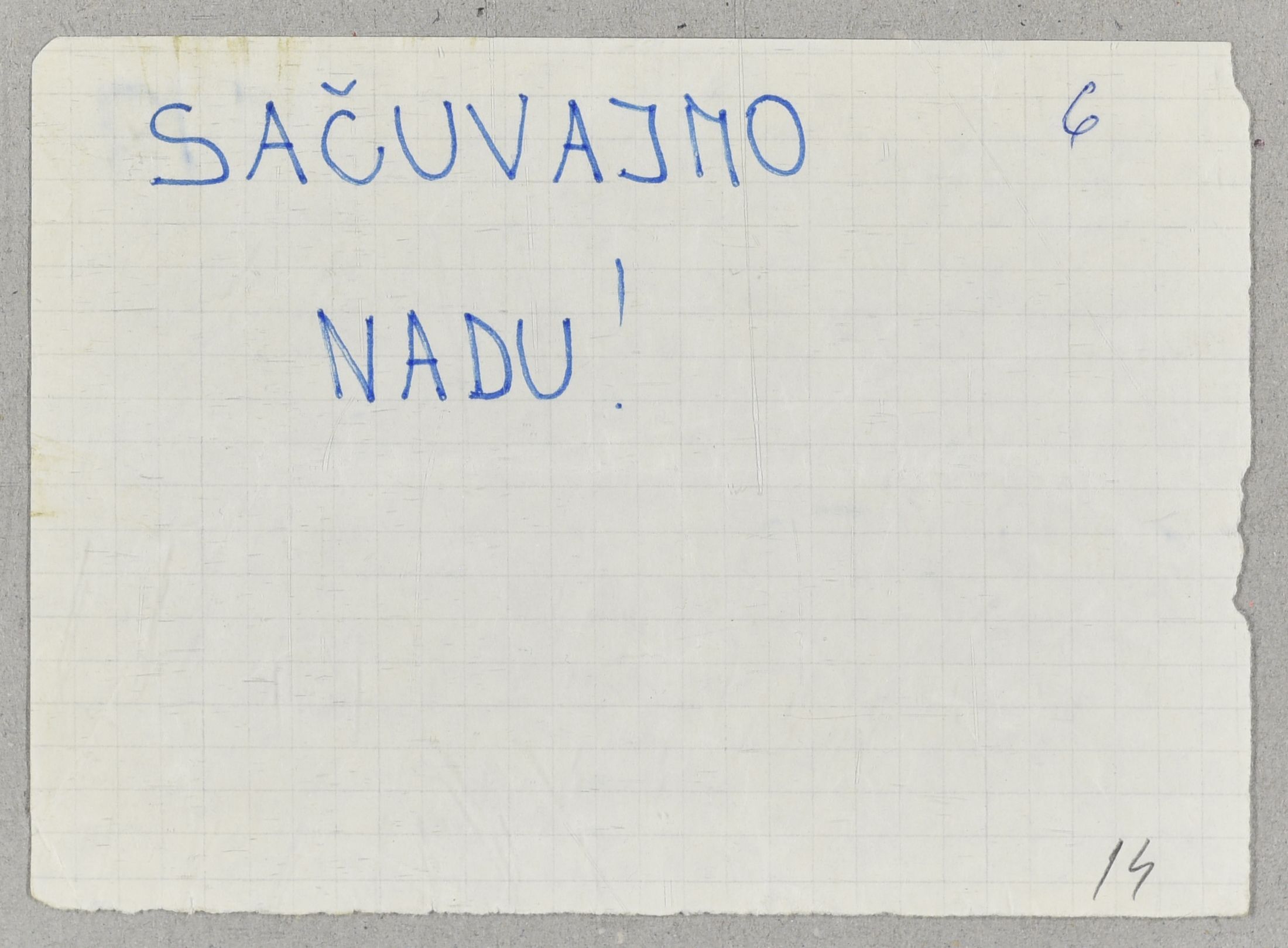 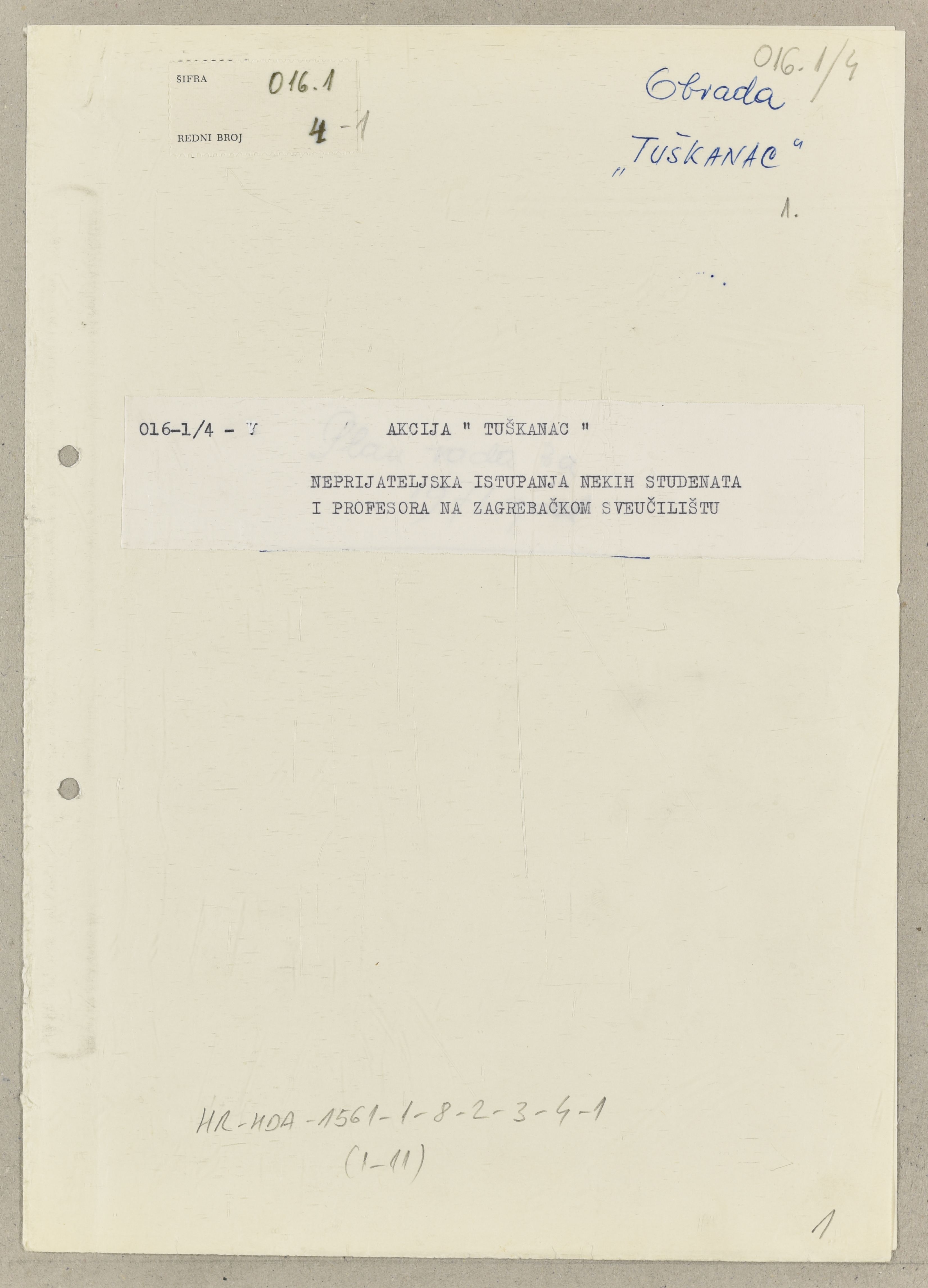 The collection includes different operational reports, transcripts of conversations, anonymous letters and pamphlets, as well as other written materials collected by the Croatian State Security Service during Operation Tuškanac, conducted against students and professors at the University in Zagreb in the early 1970s, based on charges of nationalist and hostile activities against the communist regime in Croatia. It was one of several operations conducted by the Croatian State Security Service against members of the Croatian Spring, a national movement which included student reform demands among its essential elements.

Zakon o sigurnosno-obavještajnom sustavu Republike Hrvatske [The Law on security and intelligence system in the Republic of Croatia], Narodne novine RH, no. 79 and 105, 2006.