Religion and atheism in Bulgaria under communism 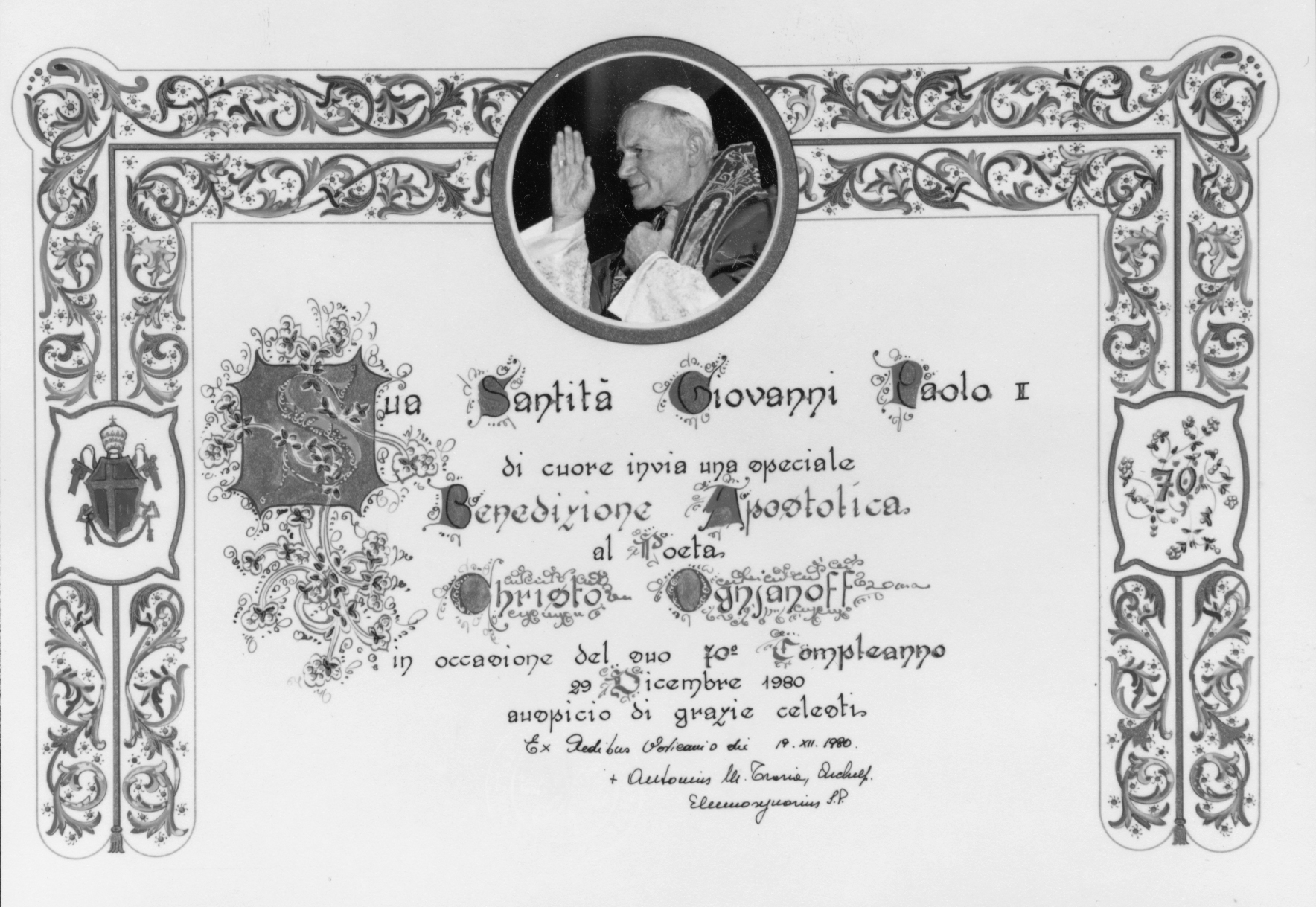 This picture shows the honorary diploma given to Hristo Ognyanov by Pope Saint John Paul II in 1981 on the occasion Ognyanov’s 70th birthday and in gratitude for his activities defending freedom of religion (Source: CSA, F. 1264). It is associated with the History of the Bulgarian Church, written by Hristo Ognyanov for broadcasts on Voice of America in the period 1953–1957 (CSA F. 1264, op. 1, a.e. 249–251). In this and in programs on Radio Free Europe, Ognyanov critically discussed communist propaganda against religion. Ognyanov’s program "Eleven Centuries of Christianity in Bulgaria" received an award by The Catholic Broadcasters Association of America. Under the name "Religion and Atheism in Bulgaria under Communism," he delivered a series of lectures in 1974. In Bulgaria, Ognyanov's activities, including those on religious subjects, were considered by the authorities as "subversive propaganda".