Securitate. Plan of Action against Goma and his supporters at RFE and in the Romanian emigration, 17 March 1977 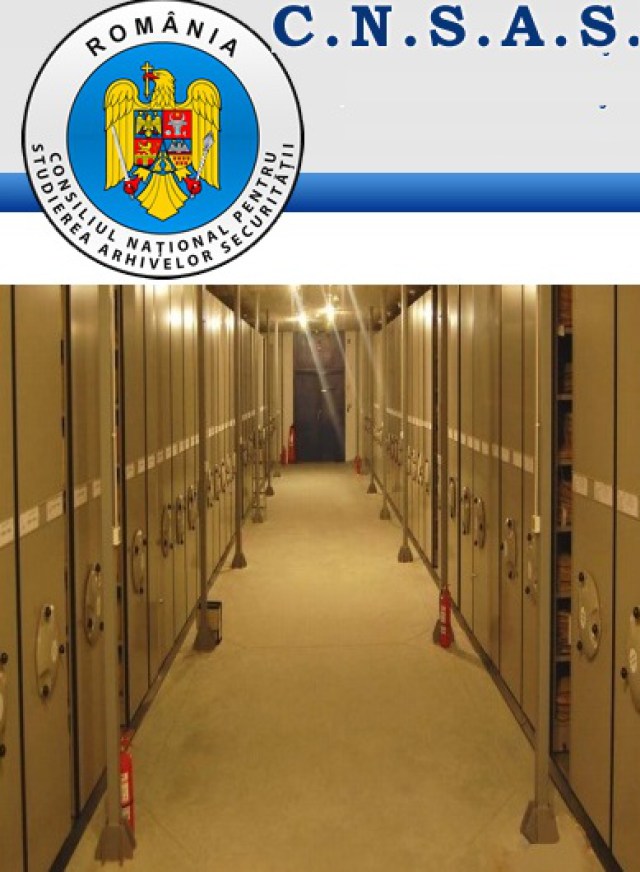 The Goma Movement Ad-hoc Collection includes numerous plans of action against the individuals involved in supporting the open letter of protest against the violation of human rights in Romania which was to be addressed to the CSCE Follow-Up Conference in Belgrade. Each Securitate informative surveillance file contains periodically updated plans of action, but these usually required only the approval of the high-ranking Securitate officer in charge of the case of the person in question. What is remarkable about this plan of action, which is part of Goma’s personal file, is its endorsement by the highest possible office holders in the Ministry of the Interior, to which the Direction of State Security was directly subordinated in 1977: the plan was countersigned by Nicolae Pleșiță, first deputy minister, and finally approved by Teodor Coman, the minister of the interior himself. Obviously, the hierarchical level of those who endorsed this plan indicates the great importance attached to this case. It is worth noting that the “successful” handling of the Goma Movement, in which Pleșiță involved himself and acted as Goma’s head interrogator, led to his promotion to the rank of lieutenant general in 1977. The same year, he coordinated the repressive measures taken by the regime in the aftermath of the Jiu Valley miners’ strike of August. Pleșiță remains notorious, however, for his actions while head of the Centre for Foreign Intelligence between 1980 and 1984, in particular for the 1982 failed attempt at suppressing Goma while in exile in Paris, and for the 1981 bomb attack on the RFE headquarters in Munich, for which the Securitate seems to have hired the infamous terrorist known as Carlos the Jackal. After 1989, Pleșiță showed no remorse for his misdeeds, and all attempts to hold him legally responsible for these wrongdoings eventually failed.

To return to this particular Securitate plan, its content and date of issuance illustrate that it was just an intermediate stage in the devising of actions meant to disintegrate the emerging movement. Chronologically, the date of issuance, 17 March 1977, is over a month after the open letter of protest against the violation of human rights was made public by Radio Free Europe, and thus it is entitled “plan of action for continuing the actions for annihilating and neutralising the hostile activities which Paul Goma initiated, being instigated and supported by Radio Free Europe and other reactionary centres in the West.” At the same time, it is a plan one step short of Goma’s arrest, which occurred two weeks later, on 1 April 1977.  The document includes four separate types of action. The first type consists of the so-called “actions of discouragement, disorientation and intimidation,” which were directed mainly against Goma, but the necessity of tackling his supports separately is also mentioned. This type of action consists mostly of various forms of harassment up to the level of deporting him outside Bucharest in order to seclude him from his channels of communication across the border. These actions of rather soft repression were to be accompanied by attempts bring this problematic episode for the Securitate to a faster and neater end by convincing Goma to either give up or emigrate. The second category of actions included the use of the foreign press and publications in the attempt to compromise Goma and implicitly the movement for human rights initiated by him among the Romanian emigration and the Western audience. The third category referred to actions of counterbalancing the denigrating messages broadcast by Radio Free Europe, which was the radio agency that helped Goma the most. Finally, the fourth category consisted of actions to compromise Goma among the personnel of Western embassies in Bucharest, with the aim of depriving him of his channels of communication with RFE or other members of the exile community (ACNSAS, Informative Fonds, File I 2217/6, f. 109-112). All these measures failed, and thus Goma was eventually arrested and brutally interrogated, including by First Deputy Minister Pleșită himself, but liberated approximately a month later, on 6 May 1977, due to the massive protests of the Romanian emigration in Paris, which managed to convince many outstanding personalities to sign a petition for his release. This plan of action testifies to the Securitate practice of spreading calumnious rumours about all those who spoke against the regime in order to defame and isolate them. As Goma himself observes, “a document of great importance for me. (…) I knew that (…) the [calumnious] rumours and gossip (…) were inspired by the Securitate. Now I have the proof that the Securitate was not only inspiring, but also authoring them” (Goma 2005, 397).