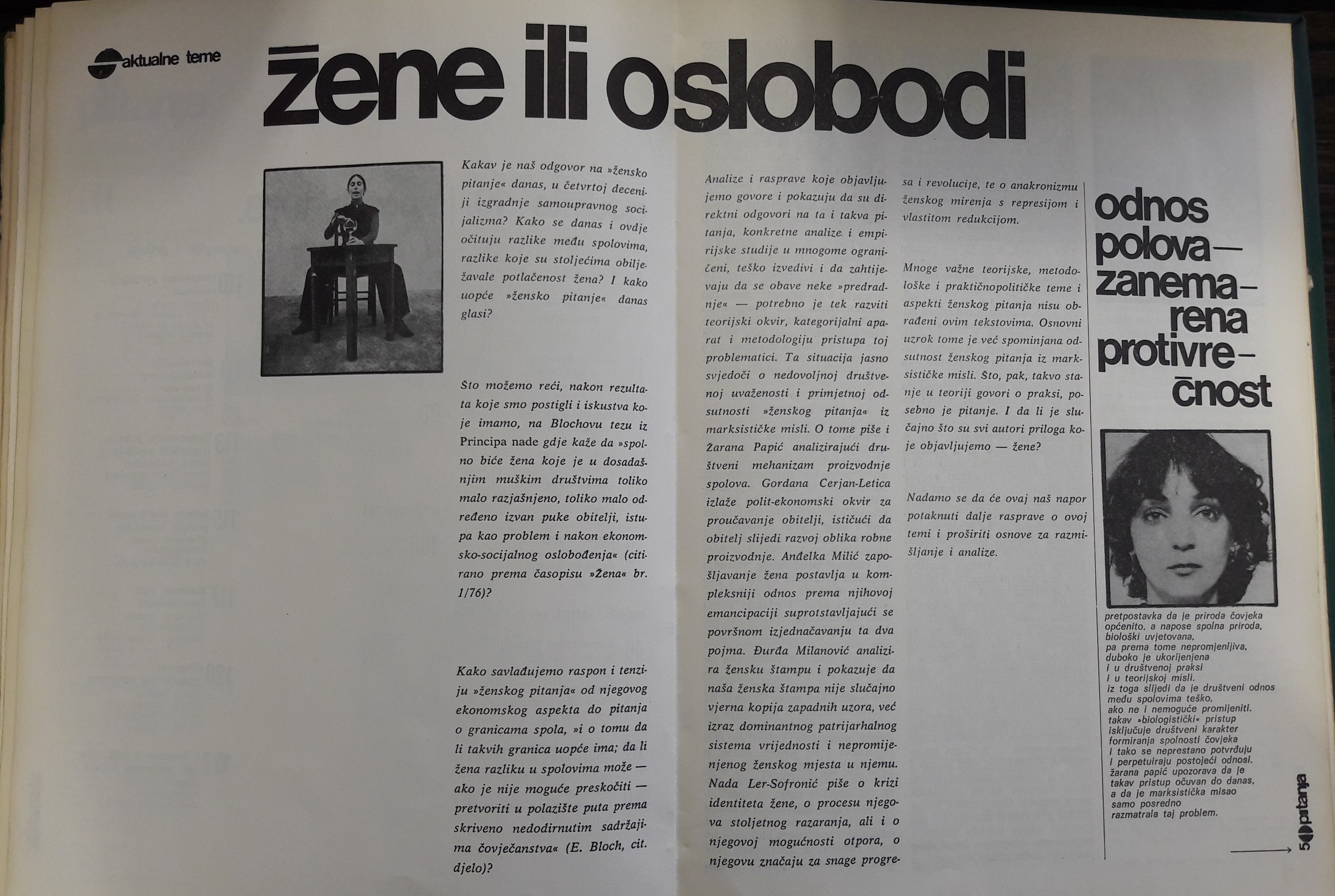 In 1978, Lydia Sklevicky edited the "Current Topic" section in the journal Pitanja (year 10 (1978), no. 7/8) and entitled it "Women, or about Freedom." Sklevicky wrote an introduction to the issue's topic in which one of the questions the articles should answer was: What is our response to the "women’s question" today, in the fourth decade of self-management socialism? Later in the text, she gave a partial answer to this question, and also a critique of Yugoslav socialism, claiming that there is no developed theoretical framework in Yugoslavia, nor a categorical apparatus and methodology for approach that would allow researchers to deal with this question, and she concluded that: "This situation clearly demonstrates inadequate social respect and the noticeable absence of the "women’s question" in Marxist thought (Sklevicky 1978, 4).

Besides Sklevicky, who edited the issues topic and wrote an introduction to it, articles were published by Žarana Papić ("Gender Relations - Neglected Discrepancy"), Nada Ler-Sofronić ("The Odyssey of Women's Human Identity"), Gordana Cerjan-Letica (“Indications of the Socialist Mercantile Production of the Family“), Anđelka Milić ("Employment of Women and Their Emancipation") and Đurđa Milanović ("Women's Press – the Industry of Happiness").