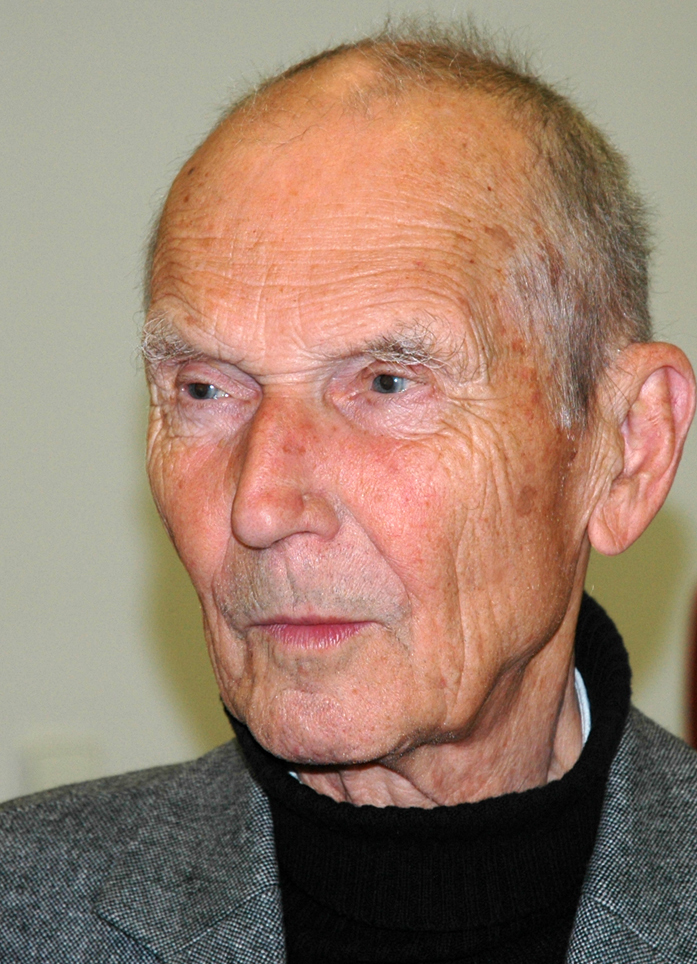 Pavel Brázda was a Czech artist. In 1945 he began to study the history of art and philosophy at the Faculty of Arts in Brno. However, after two semesters he left his studies. He continued to study at the Academy of Arts, Architecture and Design in Prague. However, he was expelled from this academy due to his lack of interest. In 1947 he was enrolled in the Academy of Fine Arts, where he met his future wife, the artist Věra Nováková. After three semesters they both had to leave the academy as a result of political purges. However, he was able to return to this academy in 1950. Two years later, he successfully finished his studies. After graduating, he worked as a professional artist, but, a few exceptions aside, without the opportunity to exhibit his works officially. His first solo exhibition took place in 1967. From 1971, Pavel Brázda and his wife Věra Nováková exhibited their paintings unofficially on a staircase in the villa of their friend Zdeněk Neubauer, where philosophical underground seminars, including lectures by the philosopher Jan Patočka, were regularly held. These seminars were also attended by Jiří Němec, Věra Jirousová and Martin Palouš. During “Normalization”, Brázda’s situation worsened. From 1977, he worked as a stoker for ten years before his retirement. After the Velvet Revolution he had a number of exhibitions (solo or joint with his wife) and was awarded the Revolver Revue Prize (1991), and the prize “Personality of the Year” for the most outstanding artistic work (2006).

Existential feelings and imaginative realism resonate in Brázda’s work. Although  he was outside of the cultural trends of the era for most of his artistic period, he was influenced by surrealism. In the 1940s he transformed surrealism into his own style - hominism or “surrealism for the poor”, as he called it. His pictures were inspired by the everyday life of ordinary people into which magical moments entered. From the 1960s, he turned to experimentation and creating structural images. In the following decades, distinctive colours became his distinctive expression - especially bright red, yellow, and blue.