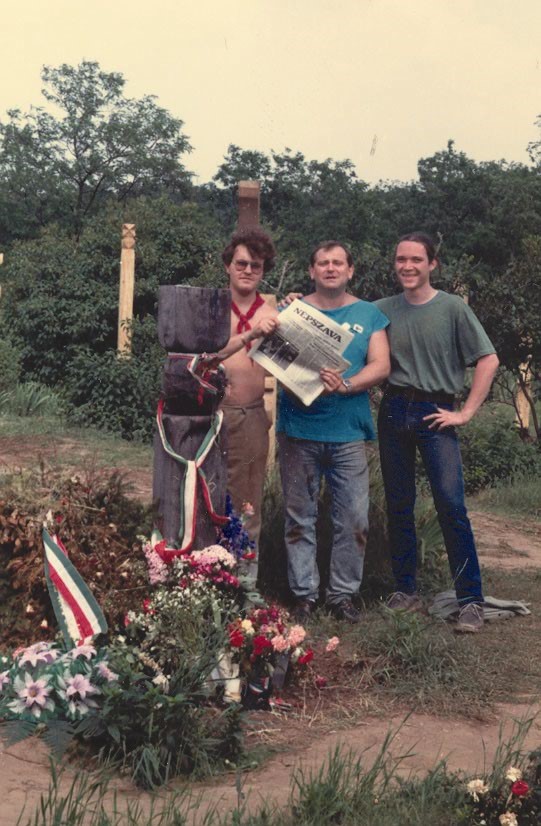 Gyula Nagy, educator, businessman, agitprop educator of the Vasas Cultural House for 20 years, and the founder and leader of the legendary Black Hole club was born in Budapest. In 1968, he began pursuing studies at the Bem József Industrial Secondary School. Later, he got a job at Ganz-MÁVAG Works. He completed his studies at the Ho Chi Minh Teachers’ Training College (today Eszterházy Károly University).In 1974, he got his job at the Ganz-MÁVAG Vasas Cultural House as an agitprop educator and became the leader of the youth club. This youth club was the direct antecedent of Black Hole. Nagy organized the concerts together with his colleague, Tamás Pap. To do so, they needed approvals both from the local police unit and the municipal district council. He remembers Katalin Kiss, the leader of the Agitprop Educating Group of the 8th District Council. Thanks to her, Gyula Nagy and Tamás Pap could host bands which had very limited chances to play elsewhere in the country. Usually, the police simply gave formal approval of the district’s decisions. However, the organizers had to present the lyrics of the future concert in advance to the Cultural Unit of the Main Police Headquarters of Budapest (BRFK). They also had to provide tickets to the police, who sent undercover agents to these concerts. Normally, they only observed the performances, but they had the right to stop the concerts if they so pleased, as they did for example in the Kinizsi Garden once, when the singer did not sing the lyrics which had been submitted to the authorities. While the police usually consisted simply of László Kerti, who spend most of his time at Black Hole as a kind of “indoor sergeant,” as later was revealed, Black Hole was not without informants, and the files were expanding on the bands under observation (Sziámi, Európa Kiadó, Bizottság, and others) and their activities at Black Hole.

While Black Hole could only be brought into existence in 1988, Gyula Nagy and his friends already hatched plans to establish a musical center for the Hungarian New Wave in 1985. At the time, the cultural house already provided a much needed rehearsal place for many of these bands. For example, the Balkan Futorist led by László Kistamás and Károly Lehoczki regularly rehearsed at the cultural house. On January 1, 1988, the Ganz-MÁVAG was split into seven individual factories and nine divisions. This was the day when the directory board permitted the opening of a new youth club in the former bath. In February 1988, Black Hole opened its gates and became the most popular and disreputable underground club of Budapest. As Tibor Legát maintains, the very existence of Black Hole showed the softening of the dictatorship in the late 1980s. Nonetheless, the club was still a rather rare space of free initiatives, which made it more than a popular nightclub. This unique role of Black Hole changed and slowly disappeared with the regime change. After the transition, Black Hole remained open for another four years, but under the new circumstances, its significance changed. More and more nightclubs with similar profiles were opened, and the audience scattered or simply grew older. The new wave lost its influence. These issues were topped by financial problems and the evolving conflict between the club manager and the director of the community house. Gyula Nagy, Zoltán Molnár, and even some members of the bands all wanted to run the bar, which was the most profitable part of Black Hole. The battles around the bar ended with Molnár emerging victorious. On January 1, 1994 the director terminated the labor contract with Gyula Nagy. After twenty remarkable years, he was no longer the agitprop educator of the Vasas Cultural House. In the same year, the club was closed.

Until his death in 2018, Gyula Nagy ran a strip club in Budapest, and while there were several attempts to revive Black Hole, the unique experience could not be repeated.