Letter from the Commission on Religious Matters to the correspondent Commission in Vinkovci, in Croatian, 1966 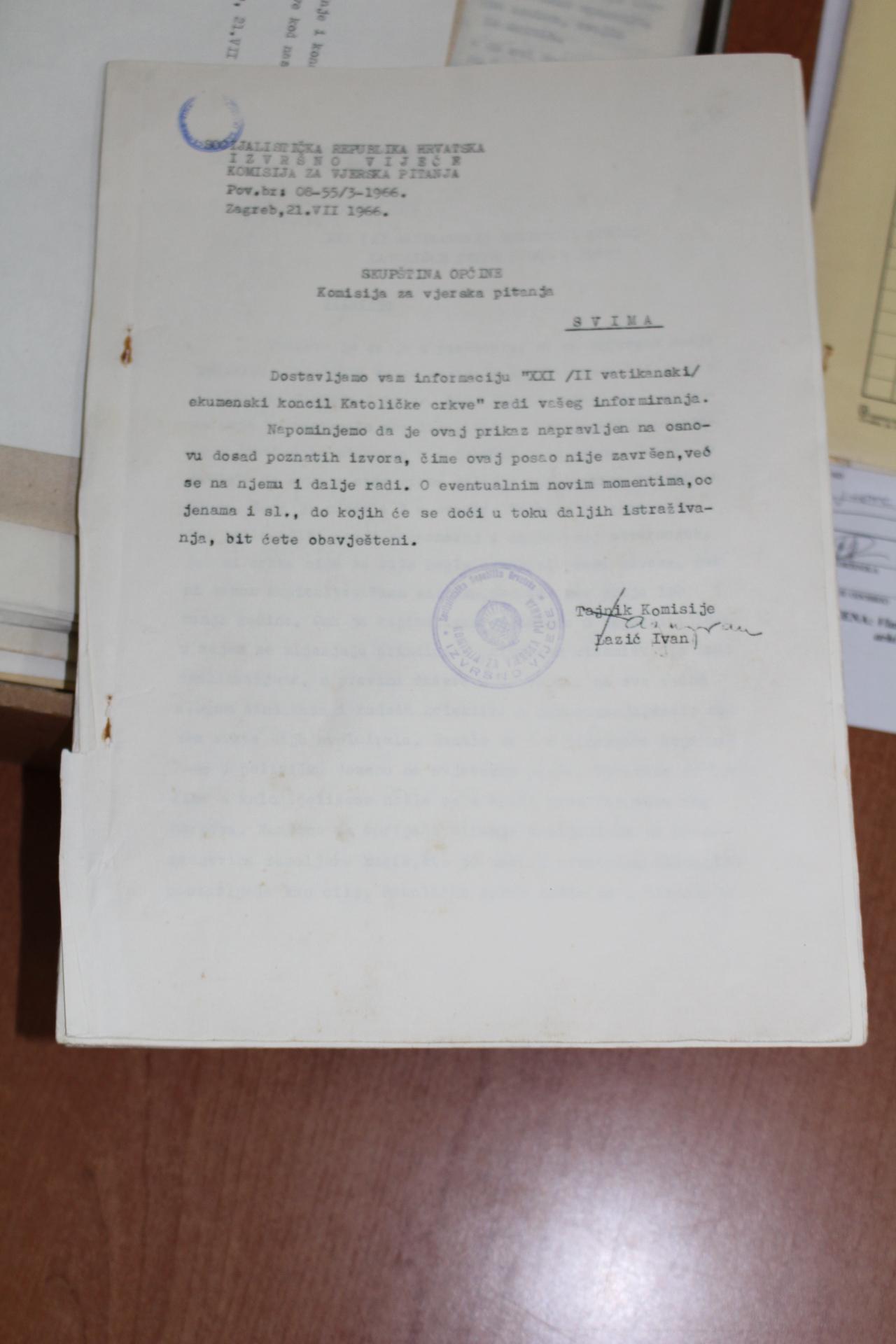 In the letter sent to the Commission on Religious Matters of the Vinkovci Municipality, the correspondent Republic Commission interpreted the new circumstances that had arisen in the Catholic Church after the Second Vatican Council. The regime adopted new political strategies for lower levels of government and instructed them on how to fight against the oppositional influence of the Catholic Church in a socialist society. “It forces us to create our political strategy and tactics, in other words, clear conceptions with which to successfully and cogently politically counteract the offensive tendencies and actions of the Church in its attempt to infiltrate our socialist society.“