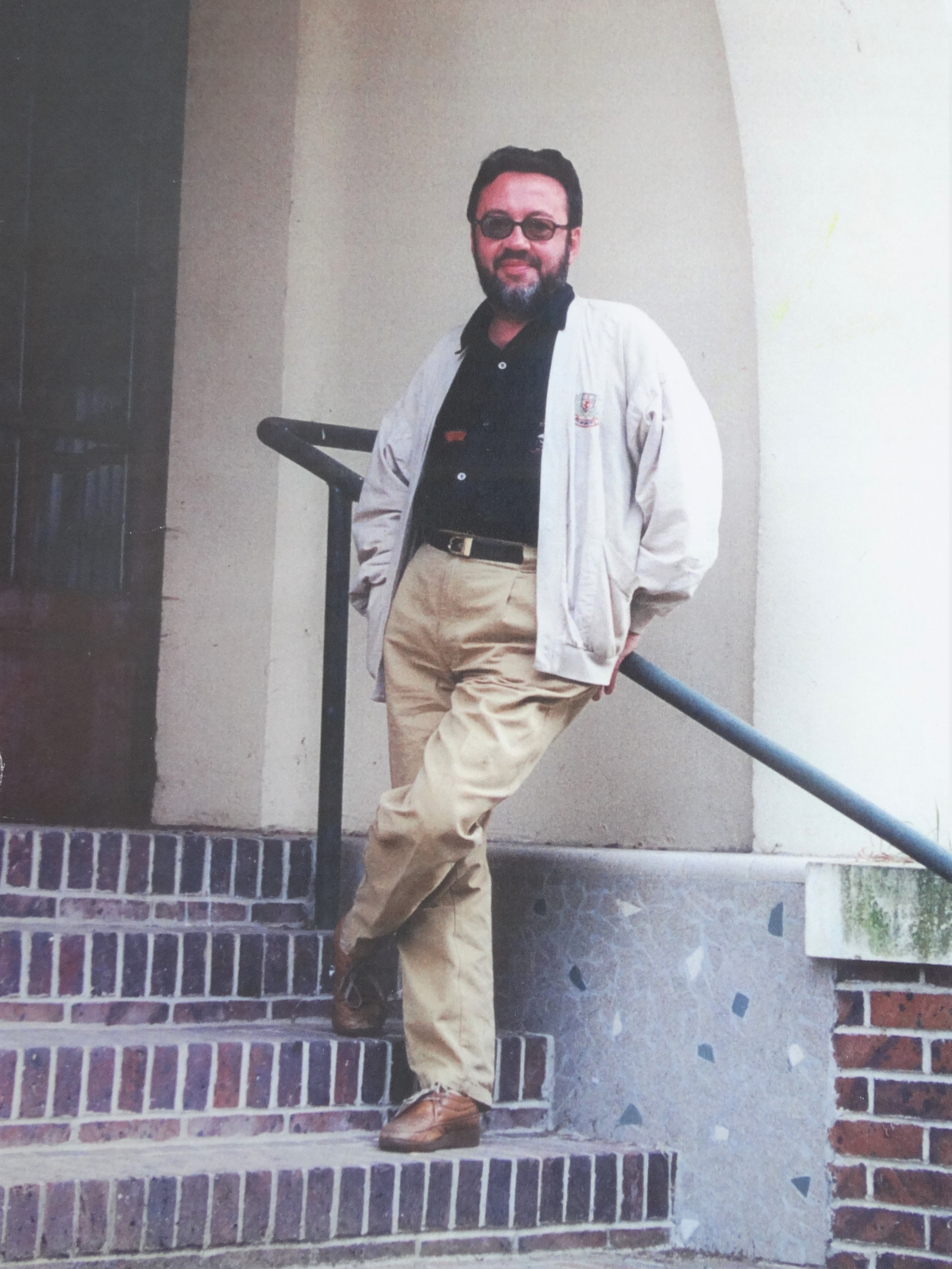 Dan Petrescu (b. 26 February 1949, Bucharest) is a writer, essayist, editor, translator, journalist, and one of the most well-known Romanian dissidents of the communist period. He is a graduate of the Faculty of Philology of A.I. Cuza University of Iaşi. In the years 1981–1983, he published extensively in the Iaşi student magazines Dialog and Opinia Studenţească, which strove at the time to publish as many nonconformist articles as possible. According to an evaluation made for the Securitate, these magazines had two parts: the first “of conventional aspect,” and the second “totally opposite in both style and content, including articles – essays, reviews, studies – of a certain implied orientation.” Through his articles published in these magazines, which were remarked on by Virgil Ierunca on Radio Free Europe, he made his mark as a very representative figure for the intellectual nonconformism of the Iaşi Group. Following a house search in May 1983, his activity to the magazines was interrupted. The documents about him issued by the Securitate in that period record the following: he has entered “through the intermediary of his wife, into the entourage of the French assistants, visiting one another, participating together in various events,” he has "received numerous books from the French assistants with content that is denigratory towards our country, which he has read, and as a consequence of this fact, he has initiated a grouping made up of a number of young writers, namely Sorin Antohi, Luca Piţu, and George Pruteanu, writing together the novel Furrows Across the Baulks, in which they mock the policy of the Party regarding co-operativisation,” he has sung “together with Alexandru Călinescu, in a derisive manner, songs such as The Party, Ceauşescu, Romania, The Five-Year Plan in Four and a Half Years, etc., joking and commenting negatively on these songs”; he has maintained “connections with the runaway Ion Petru Culianu, his brother-in-law,” to whom he sends “letters and magazines that end up at the radio station Free Europe” and he has listened to the same radio station, "which highly praised him for his essays published in the Iaşi student magazines, mentioning that his writing is ‘under the insolent sign of freedom’.”

Following the search in 1983, Dan Petrescu was deprived of the right to publish and remained effectively unemployed until 1989, in a country in which theoretically unemployment did not exist. From 1988, he became one of the most radical, but consistent critics of the Ceauşescu regime, the author of numerous articles and interviews published in the international press or broadcast on Western radio stations with Romanian-language services. In the last years of the communist regime in Romania, after he had succeeded in giving interviews on Radio Free Europe and Voice of America, he was put under house arrest, his typewriter was confiscated, and he was fined for transmitting “defamatory data contrary to the interests of the Romanian state.” However his surveillance by the Securitate dated from the period immediately after he left high school, when he made himself noticed with the nonconformist prose that he read at a local cenacle. During his time in Iaşi, through the 1980s, he was constantly and carefully watched, and when he became an open critic of the Ceauşescu regime he became one of the most watched individuals in communist Romania. In order to survive in such conditions and particularly in order to continue his dissident activity by transmitting across the border critical messages regarding the regime, Dan Petrescu needed considerable imagination and courage. He explains how he dealt with this relationship with the Securitate, the institution charged with suppressing any dissident action: “I was playing, let’s say, a chess match. But in fact it wasn’t exactly chess – it was a game whose rules I didn’t know. I had to guess [their moves] and I had to presume what they learned in their schools – because they did learn. They learned methods of compromising you… How do you get round these things, without being a professional spy? How do you stand up to them? You had to guess what they were expecting you to do and then not do it! And then, you had to be always inventing. That was the game! And as [the dissident poet] Dorin Tudoran said, you had to give the impression that you had some backup, that you had some sort of protection.” Dan Petrescu’s attitude to communism was one of categorical refusal. Regarding the characterisations that he prefers concerning what he did before 1989, he says that: “we were declared opponents – I don’t want [us to be called] dissidents – I don’t like this term. Dissidents are those who were in the Party, and thus expressed their dissidence from within the Party. But I was not in the Party.” At present, Dan Petrescu is a figure at the forefront of Romanian cultural life and one of the most appreciated intellectuals in the country, Among his publications may be mentioned:  ”Povestiri furate și la lume iarăși date” (Stories stolen and given back to the world), in Dumitru Augustin Doman, Tudor Stancu, Dan Petrescu, Proze (Editura Albatros, 1985), Tentațiile anonimatului (The temptations of anonymity) (Cartea Românească, 1990), Ce-ar mai fi de spus: Convorbiri libere într-o țară ocupată (What remains to be said: Free conversations in an occupied country) (written in collaboration with Liviu Cangeopol before 1989 and published in 1990 by Minerva; 2nd edition revised and augmented, Nemira, 2000), În răspăr (Against the grain)( Nemira, 2000), Deconstrucții populare (Popular deconstructions)(Polirom, 2002), Scrisori către Liviu, 1994–2004 (Letters to Liviu, 1994–2004)(Paralela 45, 2004; ne varietur edition, LiterNet, 2005); Secta gânditorilor de estradă (The sect of variety-show thinkers)(Polirom, 2009), and a dozen of translations (Bataille, Michaux, Culianu, N. Grimaldi, Onfray, B.-H. Lévy).