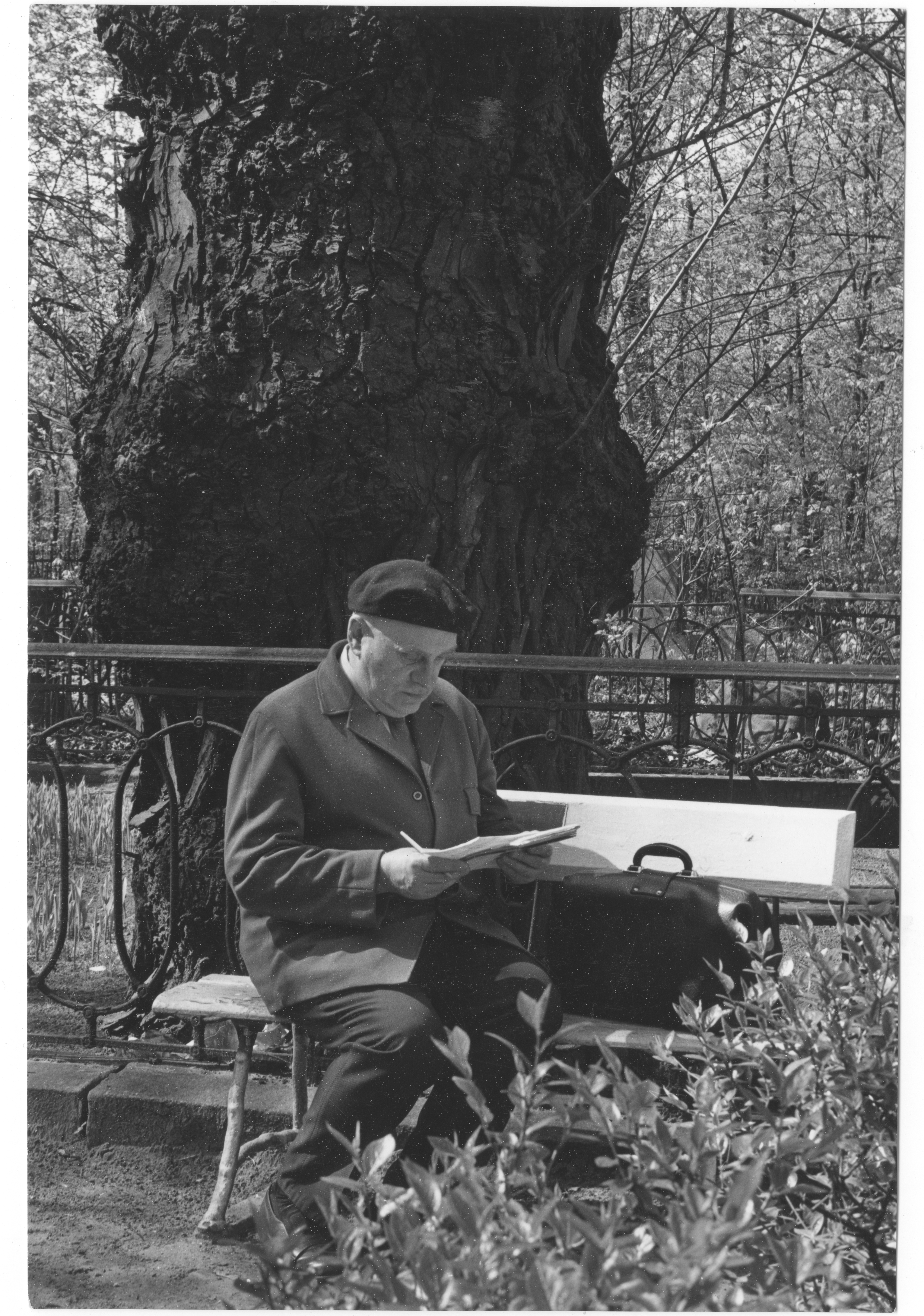 Rūdolfs Šīrants (1910-1985) was a historian and museologist who was highly respected for his knowledge of the history of Riga and Latvia. Like other historians whose professional activities started in independent Latvia, he came up against constraints and obstacles in his work all through his life. He was dismissed from the Riga City History Archive in 1950, but was allowed to work at the Museum of the History of Riga. From 1960-1974, he was the head keeper of the collections at the museum, and started systematizing the inventory of the museum, separating out the main collections of artefacts, such as textiles, furniture and photographic negatives. All his life, Šīrants collected material on different topics regarding the history of Riga, but his list of academic publications is rather short. The archaeologist and historian Andris Caune points out that Šīrants' magnum opus, a book on old maps and plans of Riga, was not approved for publication because 300-year-old maps were classified. Only in 1987, after his death, did the museum publish a catalogue of maps. Although Šīrants' name was not mentioned on the title page, the museum paid tribute to him in the short introduction to the catalogue. Šīrants researched the contribution of Riga's German population to different aspects of the city's life all his life, but these research topics were also considered to be suspect. Nevertheless, the museum's management recognized Šīrants' knowledge of history, and his opinions on procuring artefacts was very important, although he was not the only person involved in forming collections. Šīrants' reputation as an outstanding historian of Riga, his belonging to the ‘old’ intelligentsia, and the fact that prior to 1940 he belonged to the student fraternity Austrums (founded in 1883), made it easier for him to make contact with people who were marginalized by the Soviet regime and did not trust official institutions, and to persuade them to grant artefacts in their possession to the museum.