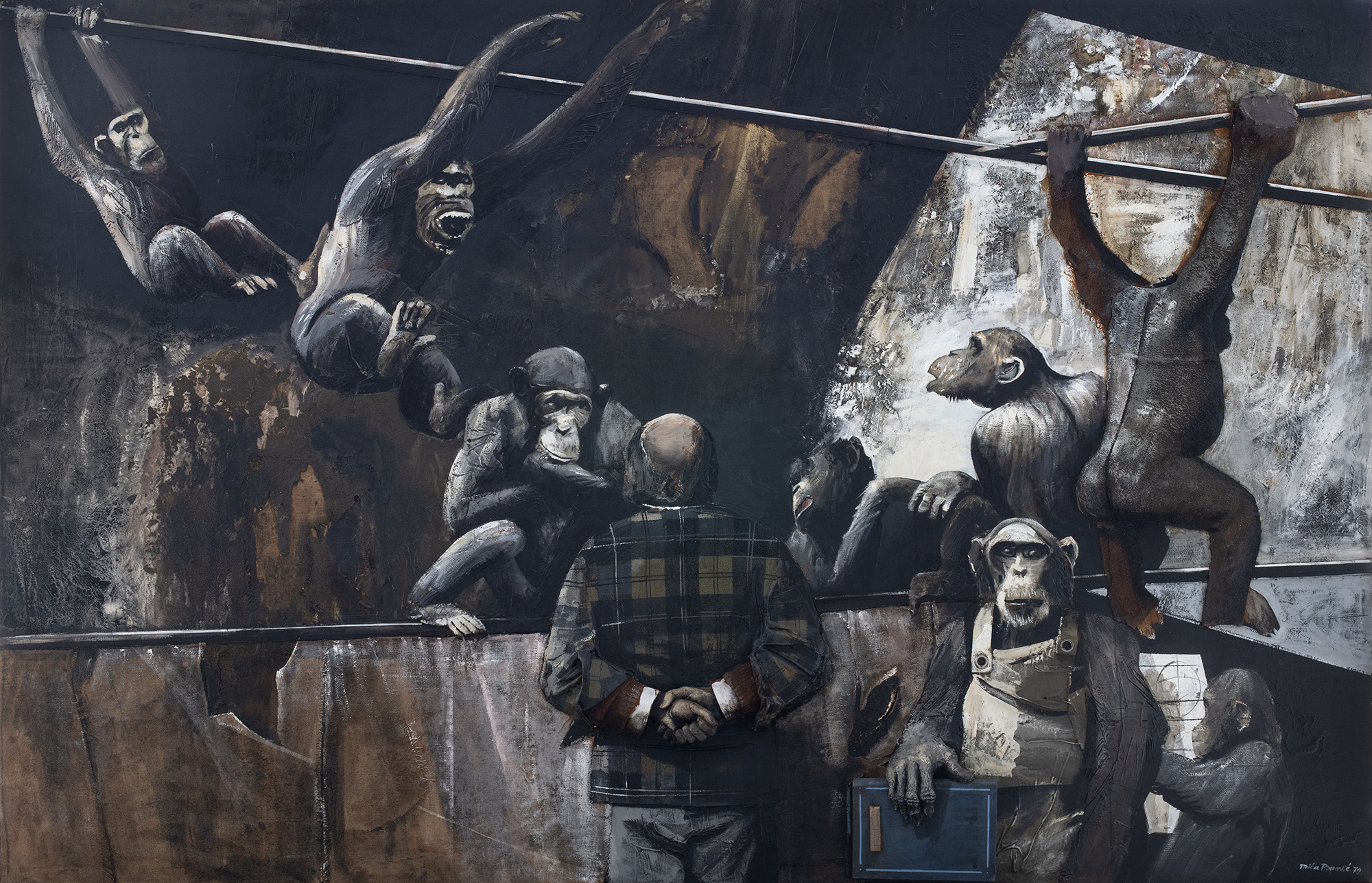 The central part of the painting shows artist Mića Popović with his back turned, looking onto a dynamic scene. A group of agitated animals, apes, is depicted in front of him, which he is passively observing. The ape is a frequent motif in this series of scenes. The ape is the animal closest to the human being. According to Darwin’s theory, ape and man can be traced to a common ancestor. Apes often imitate human movements. The picture reproduces Popović’s pessimistic relationship to the world and modern society. The expressions of the agitated animals suggest approaching danger, alluding to society and the despair and uncertainty looming in the modern world. This is a metaphor for social management in late socialism. Both people and society may be likened to apes. It is a pessimistic fable of the present and the future. Here, the artist is the observer and witness of events. The work presents a realistic image of the modern world.