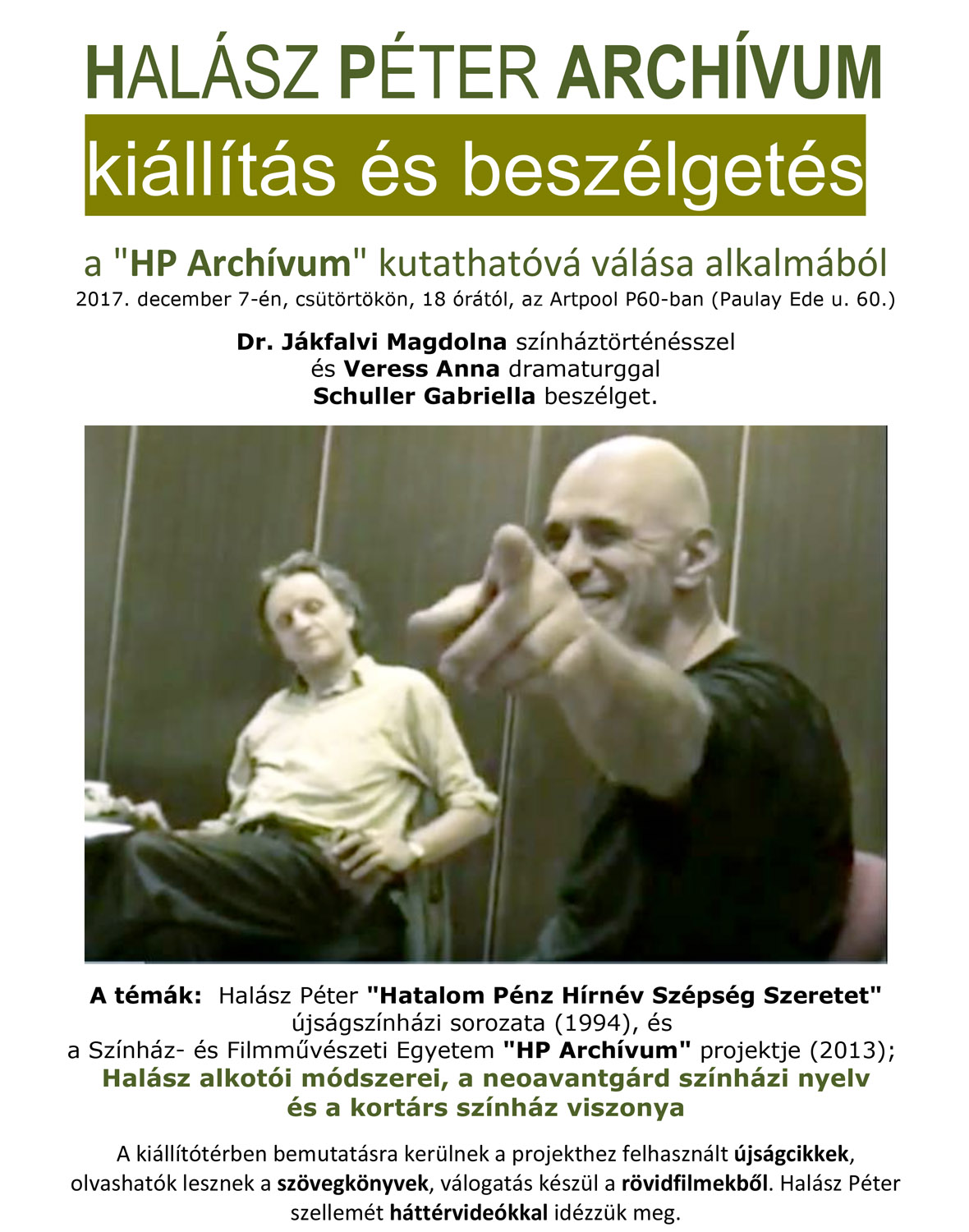 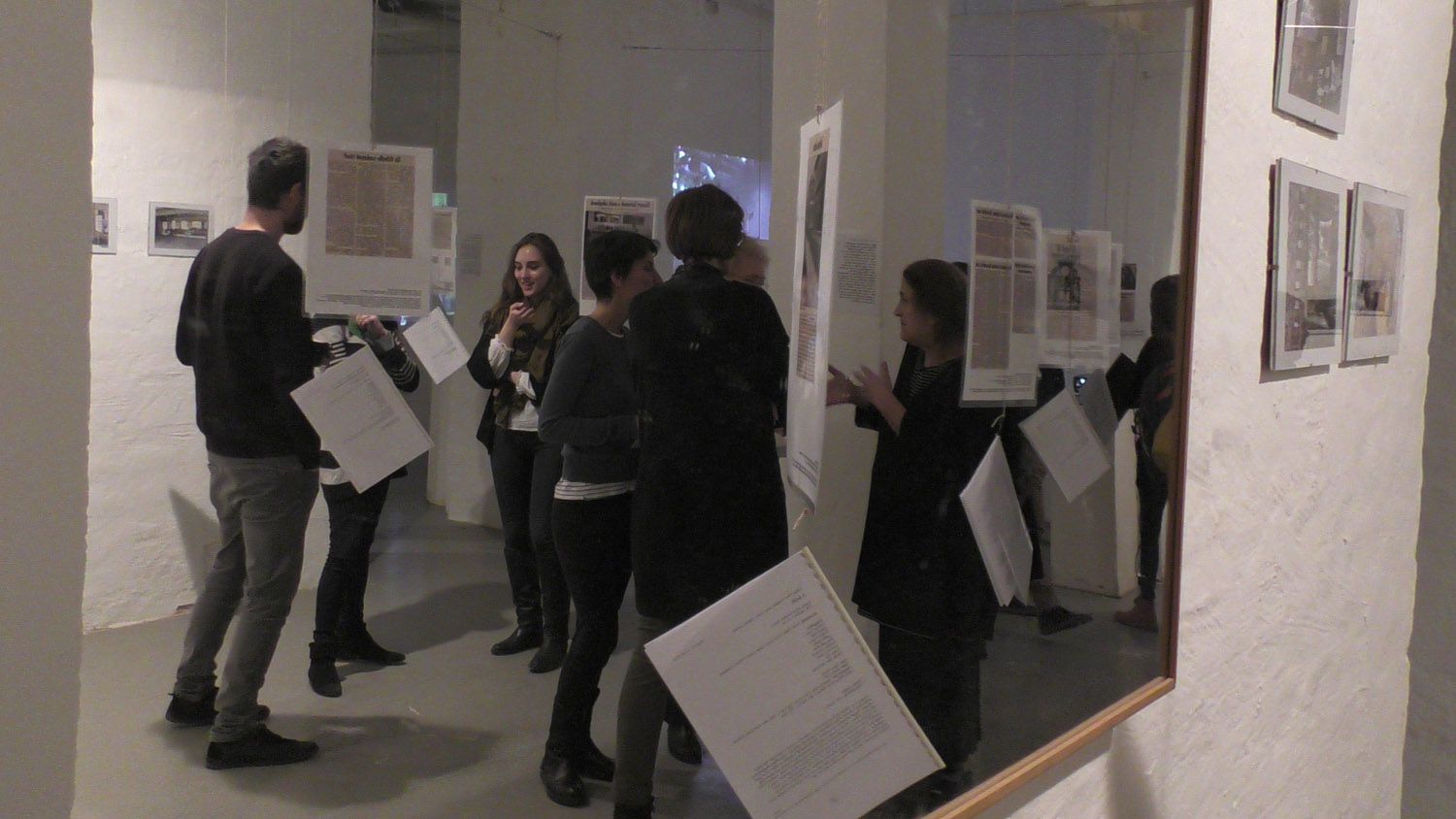 Péter Halász’s archive was opened to researchers in 2017. On this occasion, an exhibition and roundtable were organized about the avantgarde writer, director, and actor’s works showing documents from the HP archive. The archive is based on Péter Halász’s so-called newspaper-theater performances, titled “Power Money Fame Beauty Love,” which was composed in the Kamra Theater in Budapest in 1994. The actors read the page-proofs of one of the main daily newspapers, Népszabadság (People’s Freedom), the night before publication. Inspired by the news, they created a play which was shown only once, the following evening, when the readers received the paper. 28 performances were created in this manner. In 2003, the undergraduates of the University of Theater and Film Arts of Budapest collected the articles, playbooks, reviews, and video records about the plays and based on these documents they made short films, as well. The whole documentation of this project was given to Artpool. This became the HP archive.