Academy of Arts in Berlin 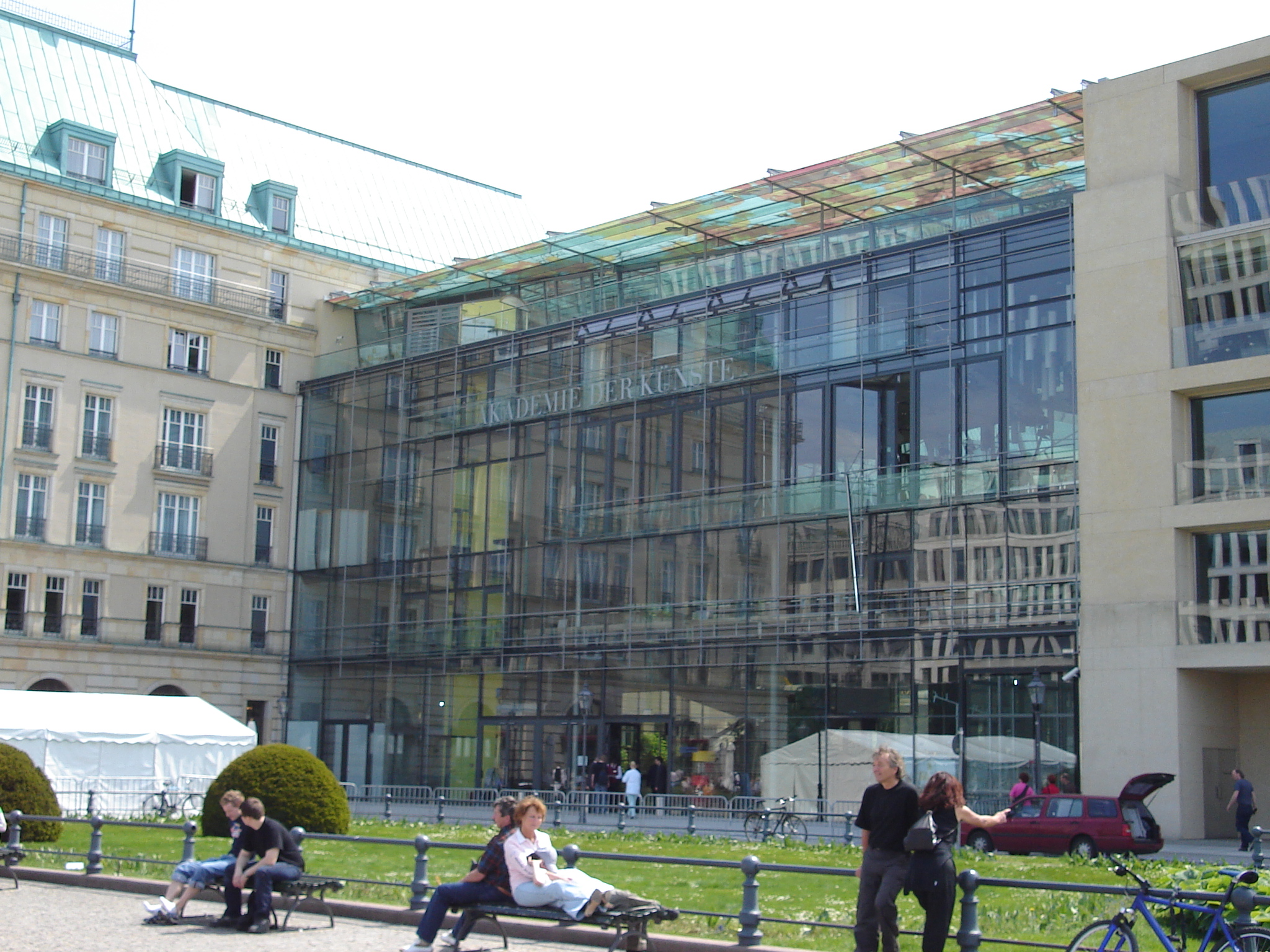 The Academy of Arts (Akademie der Künste), which was founded in 1696, is not only one of the oldest German cultural institutions. It also houses one of the most important and largest archives in the German-speaking world. Its collections encompass all arts which are also accumulated from interdisciplinary fields between art and culture. As of 2011, more than 80 employees in the archives were responsible for more than 1200 individual stocks with 12 000 meter long shelves with documents, 80 000 large-format sheets, two million photos, and a library with 550,000 inventory units. The archive of the Academy also includes an art collection with 65,000 objects and a collection of 40,000 posters. Art and culture in the GDR is an important focus of the collections at the Archive of the Academy of Arts.


The Academy is an international community of a maximum of 500 artists, who have contributed to the art of their time and whose work is honoured in a special way by being accepted into the Akademie der Künste. It is divided into six Sections – Visual Arts, Architecture, Music, Literature, Performing Arts, Film and Media Art. Its members gather together for the two general assemblies that are usually held each year. The most important organ in the Academy is the General Assembly, which is also the body charged with electing new members. The candidates are nominated by secret ballot in the Sections beforehand.