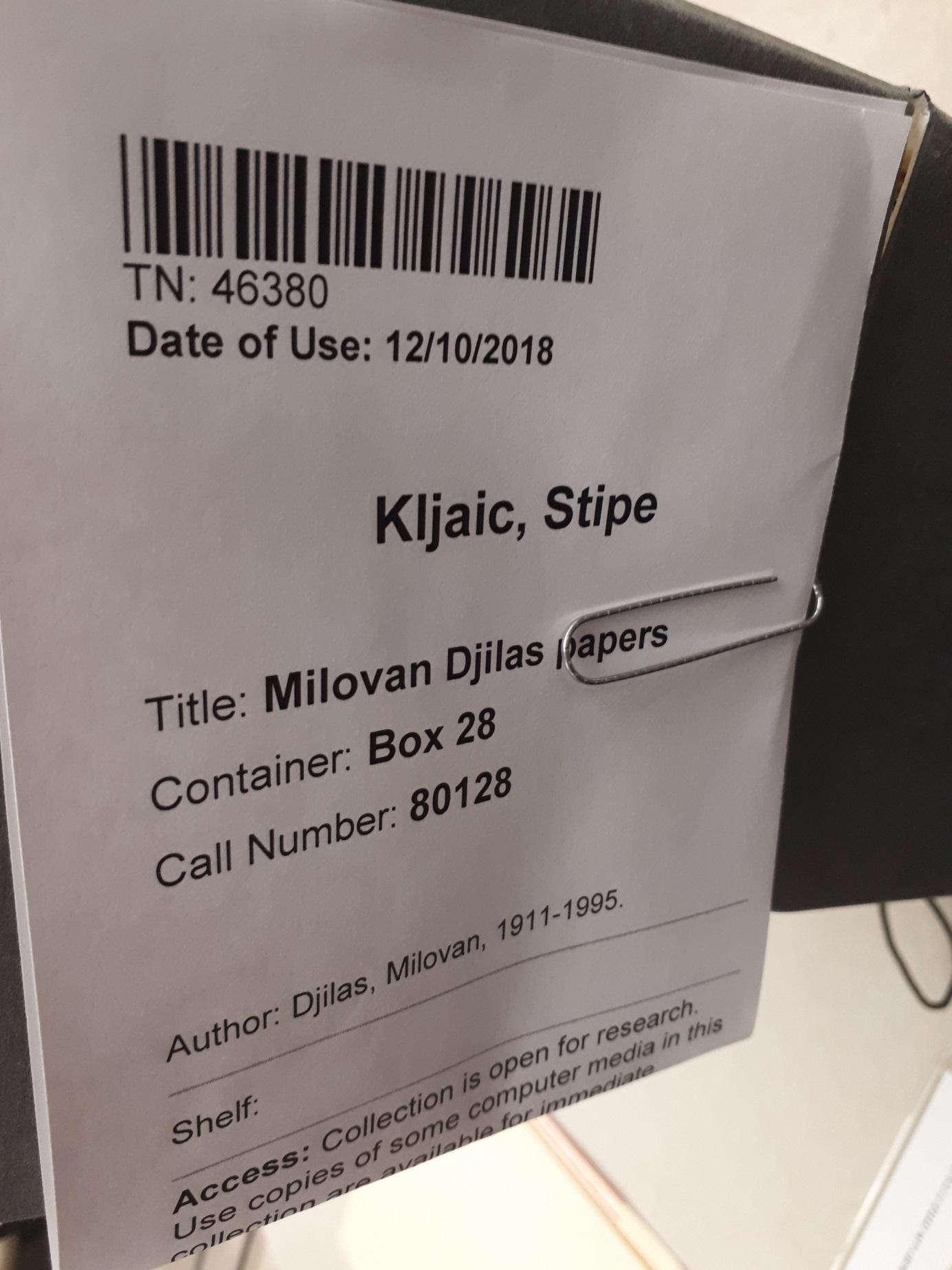 The Milovan Djilas collection is deposited at the Hoover Institute Library & Archives, located at Stanford University in the United States. It offers an important insight into the life and work of the first and most prominent dissident in Yugoslavia, who was also one of the most notable dissidents anywhere in communist Europe. Djilas had been the main ideologue of the Yugoslav Communist Party and one of the Tito's closest associates when he confronted the Party and Tito in the mid-1950s.

Đilas, Milovan. 1957. The New Class – An Analysis of the Communist System. New York: Frederick A. Praeger.