Information on student activities related to the 23rd plenary session of the Central Committee of the League of Croatia. 13 December 1971. Archival document 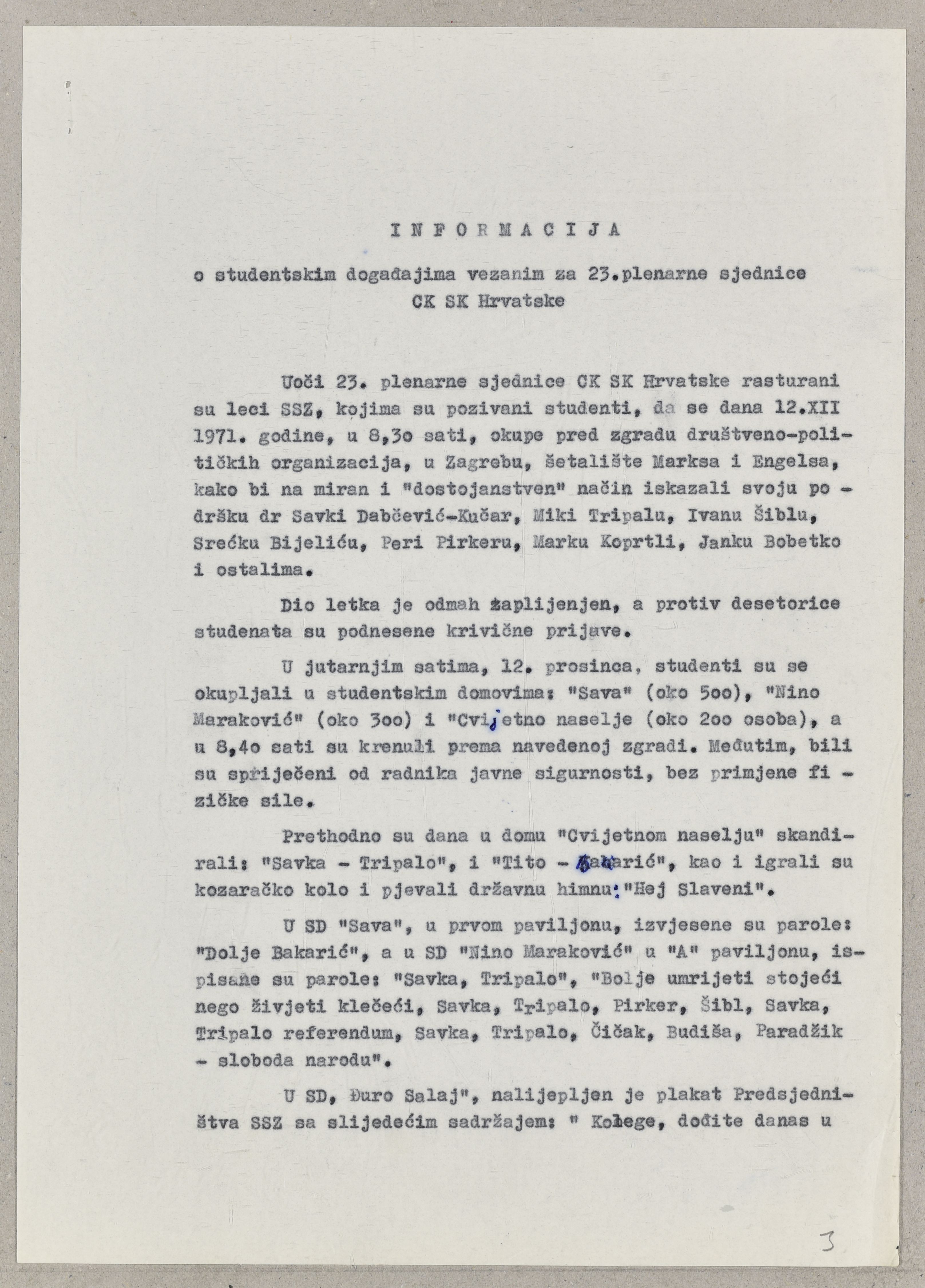 The crackdown on the Croatian Spring and the repression against its members came in December 1971, after the twenty-first session of the Presidium of the League of Communists of Yugoslavia, held in Tito's residence in Karađorđevo. Croatian political leaders were removed from their posts and banned from engaging in any public work. On the eve of the twenty-third session of the Central Committee of the League of Communists of Croatia held in Zagreb on 12 December 1971, where they formally resigned, as a show of support students organised various activities. According to the report written by Valentin Huzjak, secretary of the Republic Internal Affairs Secretariat of the Socialist Republic of Croatia, early in the morning on that day, approximately 1,000 students gathered in three student dormitories in Zagreb and then went to demonstrate in front of the Central Committee's headquarters, but were halted by police forces. In the student dormitories they shouted and wrote slogans on the walls in support of Savka Dabčević-Kučar, Miko Tripalo, Pero Pirker and other political leaders dismissed from their posts. Huzjak also reported that later in the afternoon, approximately 500 students demonstrated, shouted and posted slogans and distributed handwritten pamphlets on Zagreb’s main square. According to the report, a few dozen people were arrested, and while breaking up the demonstrations, the “police used nightsticks.ˮ Besides the staff of the Public Security Service in Zagreb, 812 police officers from other towns and cities were engaged to suppress the demonstrations.

The document is available for research and copying.