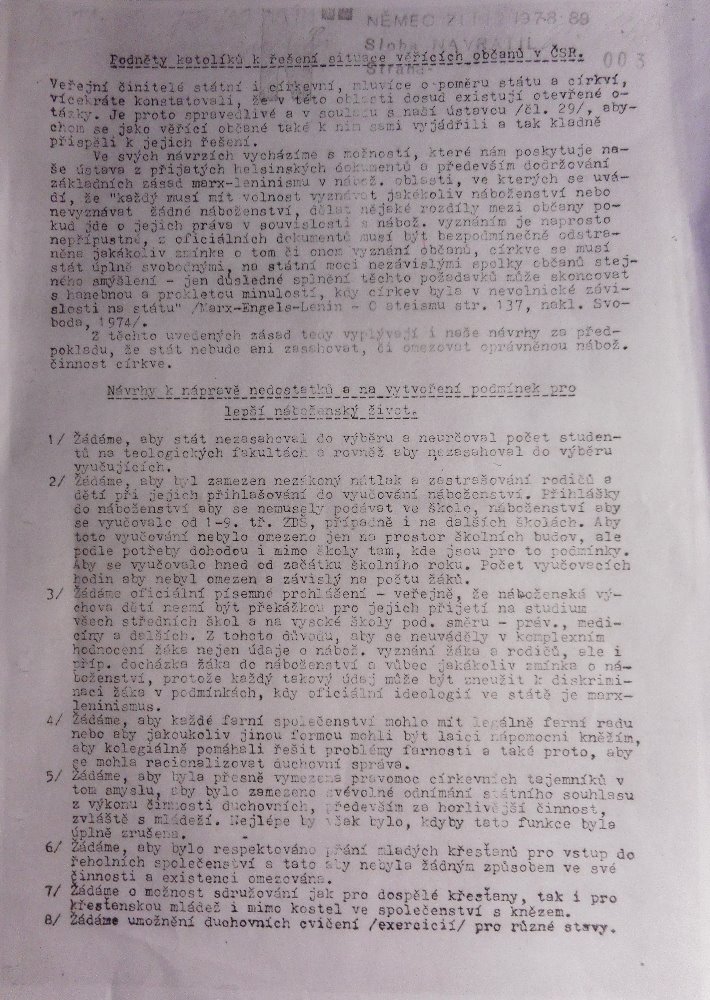 The two-page typed petition Petice Podněty katolíků k řešení situace věřících občanů v ČSR was written by Augustin Navrátil in 1985, preceding the most famous petition from 1988 called the "Moravian Challenge" signed by over half a million people. The petition is in Jan Tesař’s collection, and is the second petition of Augustin Navrátil, with 20 signatures on religious freedom. It includes the requirements of a free study in theology, an autonomous church administration, a separation of the Church from the state, an end to the discrimination of believers, etc. The petition was distributed in Czechoslovakia and also in exile. Jan Tesař and Navrátil were in contact, so the petition has been saved in his collection. It is an important material illustrating the forms of discrimination against believers and churches, as well as a historical documentary on the breakthrough of the "Moravian challenge".