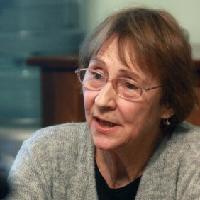 Miočinović, Mirjana
Mirjana Miočinović (Belgrade, 1935) is a theatre expert and translator and was married to Danilo Kiš from 1961 to 1981. Mirjana Miočinović worked and taught at the Faculty for Theatre in Belgrade until 1991, when she left to protest the outbreak of war. She has published numerous books, including Essays about Drama [Eseji o drami] (1975), The Birth of Modern Literature - Drama [Rađanje moderne književnosti – Drama] (1975), The Raw Theatre – Origin, experiments and Artoov's synthesis [Surovo pozorište, poreklo, eksperimenti i Artoova sinteza] (1976), The modern theory of drama [Moderna teorija drame](1981), Theater and the guillotine [Pozorište i giljotina] (1990), and The apparent powerlessness [Nemoć očiglednog] (1997).

Miočinović has translated numerous texts from French into Serbian (Lautréamond, A. Artaud, G. Genette, A. Ubersfeld, F. Dupont, J.-P. Sarrazac and others). She received the Theatre Studies Award from the Sterijno Theater Festival in Novi Sad in 1991 and the Special Merit Award from the same festival in 2005. In 2011, the Theatre Museum of Vojvodina granted her the Laurel Wreath Award for her lifelong contribution to drama.

Asked about cultural opposition in Yugoslavia by COURAGE, Miočinović maintained: "We lived in a system that did not force you to be part of it. [...] Since the break with Stalin, there have not been norms that you had to hold on. No form, neither content was imposed or prescribed for an artist to be articulated in his art." This all led to a major change in culture in the 1960s. "Those years were years of blossoming, it was a real boom. This created such a gifted generation of creative people." The situation changed in the 1970s when the freedom of action characteristic to the decades before significantly was reduced.

Mirjana Miočinović edited the Collected Works of Danilo Kiš. She also helped assemble the Danilo Kiš CD which contains digital copies of much of his life’s work.
czytaj więcej 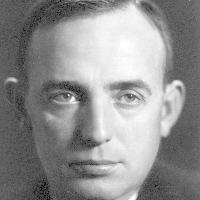 Miškinis, Antanas
Antanas Miškinis (1905-1983) was a Lithuanian poet and Soviet political prisoner. He attended a gymnasium (secondary school) in Daugavpils (today in Latvia), and later a progymnasium (secondary school) in Zarasai (1921-1922), and the Aušra (Dawn) gymnasium in Kaunas (1923-1926). He graduated in Lithuanian literature from Vytautas Magnus University in 1934. From 1932, he worked as teacher in a Russian gymnasium in Kaunas. Later, he became an editor with Kaunas Radiofonas (Lithuanian Radio).
Miškinis started his creative activities in the mid-1920s. His first writings appeared in the Aušra gymnasium newspaper Skaidra (Clear). In 1928, he published his first collection of poetry Balta paukštė (The White Bird). Before the Second World War, he published the collections of poems Varnos prie kelio (Crows by the Road, 1935) and Keturi miestai (Four Cities, 1938). Thanks to this poetry, he became a well-known poet in Lithuania, and was recognised for his Neoromantic works. His poetry is full of folk themes and a feeling for the Lithuanian countryside. He sought to combine modern lyrics with folk songs.
At the same time, Miškinis was a very socially and politically active intellectual. He was elected to the Board of the Lithuanian Writer's Union several times, and he was one of the founders of the writers' newspaper Literatūros naujienos (Literature News). At the beginning of the Second World War in 1941, he started to prepare a programme for the Lithuanian Nationalist Party.
In the mid-1940s, he joined the Lithuanian partisan movement, for which he was tried, convicted and sent to Siberia. While serving his sentence, he wrote a number of romantic poems (psalms). Many of them were copied out or learnt by heart by other Lithuanian political prisoners at that time in Siberia.
Miškinis returned to Lithuania in 1956 after the death of Stalin. He was made to repent publicly for his past work in 1959, and afterwards he was allowed to write and publish his poetry.
With the poetry collections published later, Dienoraštis (Diary, 1972) and Klevai prie kelio (Sycamores by the Road, 1982), his poetry turned back to Neoromanticism. But the poems from his Siberian period were not published until 1989.
The collection was started during the Sajūdis (Lithuanian National Movement) period in 1989, when the Maironis Lithuanian Literature Museum obtained some of Miškinis’ household and personal items from his family. Later, in 1999, the museum received a large quantity of manuscripts, photographs and letters written by Miškinis during his imprisonment in Siberia in 1948-1956 from his wife Aleksandra. Algis Geniušas, a literature researcher, brought this material back from Siberia in 1957. Because of the political climate at the time, it was impossible to disseminate the poetry in society. Drafts and manuscripts of the poems were kept secretly among Miškinis’ private papers until 1999, when they were transferred to the Maironis Lithuanian Literature Museum. All of this material had already been used for research purposes (see R. Tūtlytė, Antanas Miškinis, Vilnius: Lietuvos rašytojų sąjungos leidykla, 1997), and after the study came out, the material was transferred to the museum.
czytaj więcej 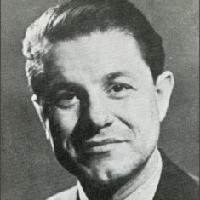 Tanasije Mladenović was a Serbian poet and essayist. He was born in 1913 in Smederevo, Serbia, and in 1937 graduated from the Law Faculty in Belgrade. During the Second World War, he fought on the side of the partisans and held various military and political positions. He was a member of the editorial staff of  ‘Književne novine’ from its foundation and headed the journal as chief editor from 1954 to 1968 when he was ousted from the editorial board after several months of pressure by the party for having published nationalist texts. He spoke out as a critic of ‘detrimental aspects’ of socialist society: ‘I believe (…) that different opinions about certain things should exist on the platform of socialist democracy. Otherwise, we will go to hell as a society, as the League of Communists’ (R. Vučetić, 2016, p. 169).

In 1977, he was accused in the media of nationalism for his poem, ‘Triptych’, published in the April 1 issue of ‘Književne novine’. In this poem, he expressed fear that Serbia might cease to exist (Književne novine, 1 April, 1977, nr. 6). In a semi-allegorical play on landslides in the south of Serbia, he posed the question of whether Serbia would:

‘Vanish among mountains and nations, and, in the last storm,

Blown to pieces by an apocalyptic force, sink into itself, to the bottom?’

He called for radical changes, and for Serbia to recall, ‘the cry of ancient times and to vigorously resist the spectres’. ‘Arise! On the crust of every step imprint your name; that oblivion and calamity do not overwhelm you. Remember the deaths of many, but let life triumph!’ In the press, the poem was portrayed as a nationalistic pamphlet.

Mladenović published 14 anthologies of poetry. He was elected as a delegate to the Federal Assembly of the SFRY and to the Assembly of the Socialist Republic of Serbia several times. He was the recipient of numerous literary awards.

Jan Viktor Mládek was born in Galicia, studied law in Brno and national economics in Prague. In the second half of the 1930s he left for Paris (where he studied at the Sorbonne) and then for England (Cambridge), where he participated in the work of the exiled Czechoslovak Ministry of Economy. Beginning in 1947, he represented Czechoslovakia at the UN. After the events of 1948, he applied for asylum in France and became an important employee of the International Monetary Fund. After 1948, he supported Czechoslovak authors in exile, he was a Maecenas, and he collected art. 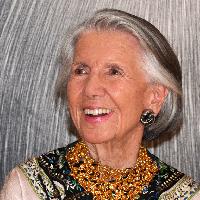 Meda Mládková (Sokolová) studied economics and political science in Geneva, where she moved right after the Second World War. In Switzerland she worked for a journal called Skutečnost. Later on she moved to Paris, where she studied art history and met her future husband Jan Viktor Mládek (employee of IMF). Thanks to him, she was introduced to František Kupka, whose work became the core of the Jan and Meda Mládek colection. In the 1960s Mládková visited Czechoslovakia and saw the studios of the artists that she collected. Beginning in 1984, she was not allowed to visit Czechoslovakia, but she was able to return to her homeland for good in 1989. She founded the Jan and Meda Mládek Foundation and Museum Kampa.