17 znalezione osoby
Obiekty na stronie:       «« poprzednia strona 1 2 3 4 następna strona »»
Illés, Árpád
Painter. Graduated from the Hungarian Academy of Arts in 1934. His masters were Gyula Rudnay and László Kandó. He became friends with the poet Sándor Weöres in 1929. From 1935 on, he made a living working at applied graphics jobs and accepting stage design commissions. He designed many of the books of Sándor Weöres. Between 1949 and 1975, he designed exhibitions for museums (the Museum of Ethnography, the National Museum, the Museum of Fine Arts, the Science, Technology and Transportation Museum). Between 1959 and 1969, he taught in elementary school. He presented his surrealist paintings first in an atelier exhibition in 1959. His organic abstract, lyrical surrealist painterly style evolved fully by the beginning of the 1960s. He was inspired by flora and fauna and ancient myths. He used egg tempera to achieve bright colours.
czytaj więcej
Ilmet, Peep

Peep Ilmet is an Estonian writer, translator and author of lyrics. He studied history at the University of Tartu, but never graduated. He later worked as a book restorer. Since 1985, he has been a freelance writer. His first official collection of poems was published in 1980. Before that, he published poetry in manuscript magazines. 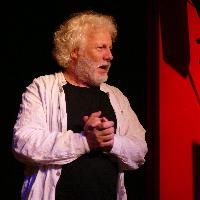 Ilse, Andreas
During his youth, Andreas Ilse attended summer camps offered by the „Action Reconciliation Service for Peace“ (Aktion Sühnezeichen). From a young age, he was critical of the GDR. As his father was an active pastor, Andreas was not allowed to attain his secondary-school leaving qualification (Abitur). From his upbringing, strongly rooted in Christian and pacifist values, Andreas easily adopted a stance of complete anti-militarism, refusing to partake in compulsory military service. His resolve was only further strengthened after the Red Army invaded Afghanistan in December of 1979.

Ultimately, Ilse served in the East German National People’s Army as a so-called “Bausoldat” (construction soldier) and was active in working groups that provided information about military education in schools as well as seminars on conscientious objection to military service throughout the country. He also frequented environmental groups in Halle.

Andreas Ilse was permitted to attain his secondary school leaving qualifications. In 1986, he moved to Jena to begin his university studies. There, he found “Artists for others” (Künstler für Andere), a collective with the goal of supporting and providing those artists who did not conform to the official cultural policy of the government with opportunities to present their work. The Committee for the "Matthias Domaschk" Thuringian Archive of Contemporary History grew out of this network; Ilse became the president of this committee, completed his studies and now works as an advisor in the Federal Volunteers Service.
czytaj więcej
Individual, Private
The current owner of the Marian Kropyvnytskyi papers wishes to remain anonymous.
czytaj więcej 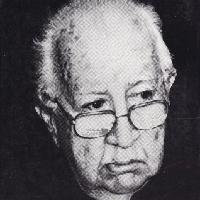 Ghiţa Ionescu (b. 21 March 1913, Bucharest – d. 28 June 1996, London) was a British political scientist of Romanian origin who stood out during the 1960s as one of the most influential specialists in the study of Romanian communism in the West for his comprehensive monographs on the first two decades of the communist regime in Romania. He also manifested a vocal critical attitude towards the communist dictatorship in Romania, either as the head of the Romanian service of Radio Free Europe during the late 1950s and early 1960s, or as a British political analyst specialising in the study of East European issues.

Born into a Romanian middle class family in Bucharest, he graduated in law from the University of Bucharest and followed a career in diplomacy. During the 1930s, he published in the left-oriented Romanian press such as Era Nouă and displayed an anti-fascist attitude. In 1947, when the communist takeover in Romania was in its last stages, Ionescu was a member of the diplomatic staff of the Romanian Embassy in Ankara. Ionescu chose not to return to Romania, preferring to join the Romanian exile in the West, where he was involved in Romanian anti-communist organisations such as the Romanian National Committee. The latter was founded in 1949 by Romanian former politicians in exile and claimed to represent the legitimate political leadership of the country, hoping that the West would “liberate” Romania from communist dictatorship and reinstall the interwar democracy. Ionescu was its secretary from 1955 to 1958. From 1959 to 1963, he was the head of the Romanian service of Radio Free Europe (1959–1963). At Radio Free Europe, he accumulated an expertise in East European affairs which later was a good ground for building an academic career as specialist in the Eastern Bloc. He moved to the UK and obtained there an assignment to write a book about postwar Romania, a topic on which at that moment there were no comprehensive contributions in the West. This book was published in 1964 by Oxford University Press under the title: Communism in Romania. 1944–1962 and is considered a classic monograph on the first two decades of postwar Romania. This contribution, alongside his second book entitled: The Reluctant Ally: A Study of Communist Neo-Colonialism (1965), which was among the first to analyse the Romanian communists’ split with Moscow, asserted him as a renowned specialist in the study of communist regimes in Eastern Europe. Later on, he extended his fields of research into various areas such as the comparative study of communist regimes, European integration, and populism. Among his most appreciated contributions on these topics may be mentioned: The Politics of the European Communist States (1967); Opposition: Past and Present of a Political Institution (co-authored with Isabel de Madariaga; 1968); Populism: Its Meaning and National Characteristics (edited by Ghiţă Ionescu and Ernest Gellner; 1969). Comparative Communist Politics: Studies in Comparative politics (1972);  Between Sovereignty and Integration: Introduction (edited by Ghiţă Ionescu; 1974).

Ionescu taught political science at the University of Manchester and at the London School of Economics. At the latter, he launched in 1965 together with the historian Isabel de Madariaga the academic journal Government and Opposition. Ionescu was also involved in the activities of professional associations of political scientists and became chairman of the research committee on European Unification of the International Political Science Association.

Ionescu’s contributions on Romanian communism did not only open new research fields in Western academia, but also represented a foundation on which post-1989 Romanian historiography dealing with the recent past developed. As the political scientist Vladimir Tismăneanu has emphasised, Ghiţă Ionescu was not only an internationally appreciated specialist on East European affairs and a role model for the post-1989 generations who embarked on the study of political science, but also an “academic with a deep ethical vocation,” who dedicated his entire life to promoting democratic values (Tismăneanu 2013). In this respect, he was also a source of inspiration for post-1989 Romanian civil society.