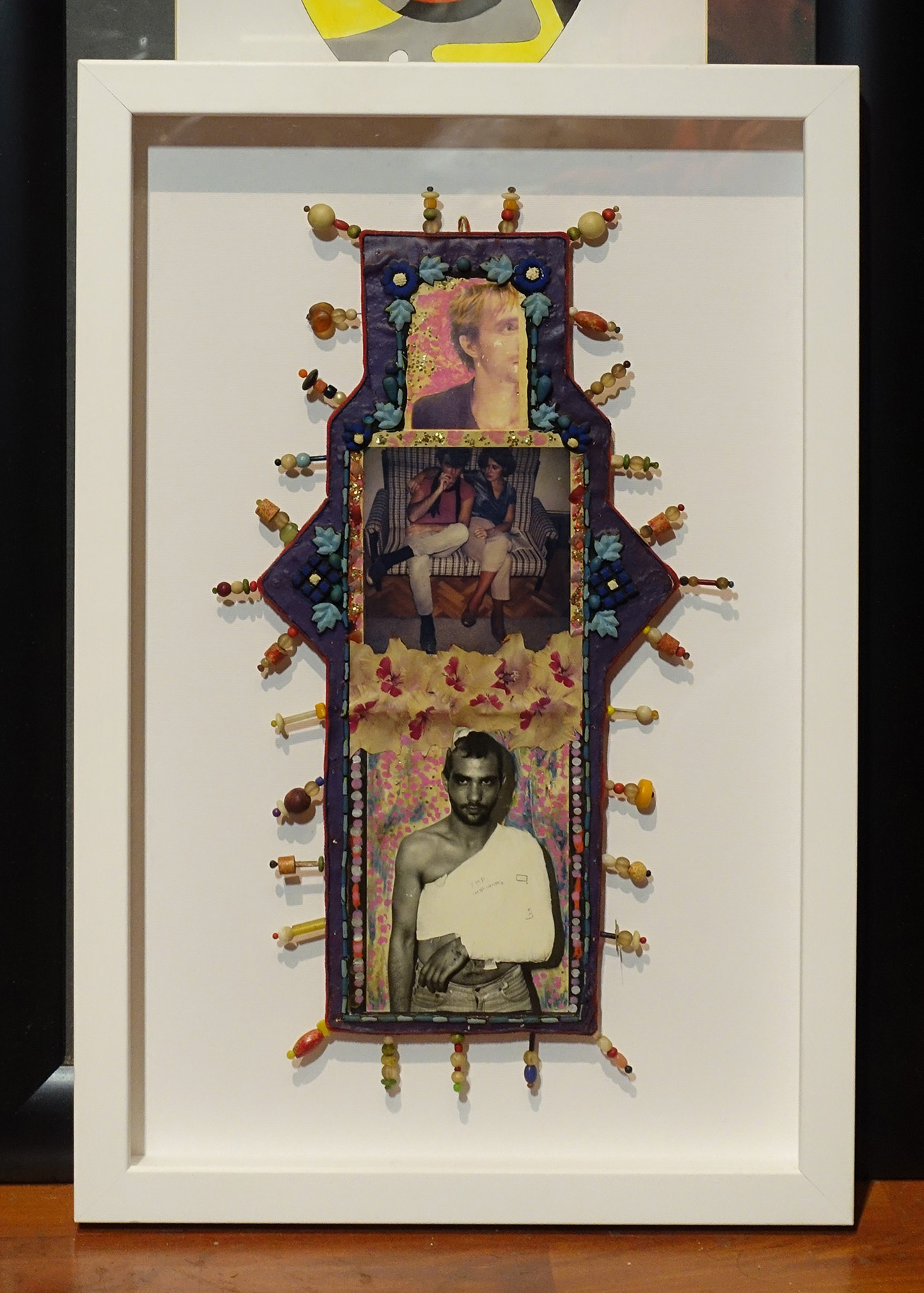 Three photos underlie the composition, arranged onto one surface, decorated with paint and pearls. The main members of the circle of friends are shown in the photos: Prince January (János Baksa Soós) in the upper section, Zuzu (Lóránt Méhes) and his girlfriend, Kriszta Kecskés, in the middle, and János Vető below.

The composition evokes an ideal situation where companionship is complete. Prince January lived in Berlin, visited Budapest only once a year, mostly in autumn, stayed usually for a month. He sent the featured photo by mail, an intentionally decomposed snapshot made with an instant camera; only half of his face is seen in the frame.

Zuzu and Kriszta are in synch with each other in terms of clothes and attitude. The selection criterion for the photo was that it emanates the atmosphere of the era. Zuzu smokes on his joint, Kriszta embraces him, as the love seat embraces them too.

The photo of János Vető is dramatic, not only because it is black and white: the image was taken after a serious car accident (a couple of years ago), his shoulder, chest, and left arm are in cast. Appropriate to the situation, his face is serious, and he is the only one looking into the camera.

According to the author’s comment, it is a spontaneously created, handcrafted composition. First the photos were attached to the cardboard, then the paint, pearls, glass, and velour were added. “I felt like a folk artist during production,” commented Zuzu, “like a shepherd, decorated as much as possible.”

The finished picture was then hanged in the hall of his apartment. January was moved a bit by seeing it. Later he also made a composition in response, with an image of Zuzu also sent to him in the mail. He too cultivated a craftsman’s attitude. They were following the work of each other. He even depicted Zuzu as a duke for his drawing series, “Primeval Light – Pathway.”