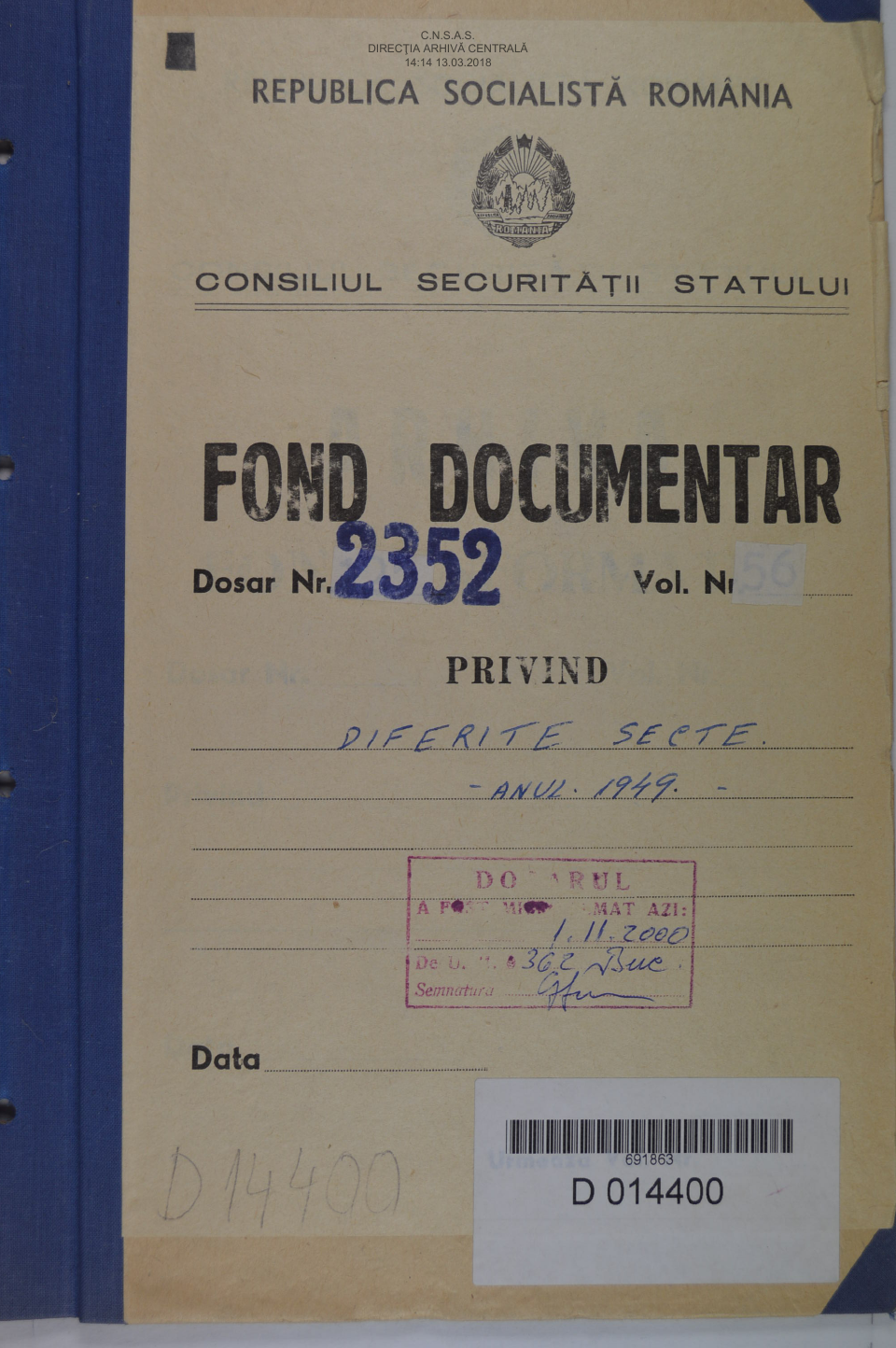 The collection reflects the variety of religious dissent in communist Romania, and illustrates the underground religious practices and overt religious oppositional activities from the late 1940s until the 1980s. The collection comprises, on the one hand, documents and other cultural artefacts created by various religious denominations and confiscated by the Securitate and, on the other hand, documents created by the secret police. The latter illustrate the intense surveillance and the repressive policies of the secret police directed towards those religious activities that opposed the policies of the communist regime in Romania.

Muntean, Aurelian (2005). “Church-state relations in Romania: problems and perspectives of interdenominational cooperation at the level of church-based NGOs.” Journal for the Study of Religions and Ideologies 4 (12): 84-100.

Ramet, S. P. 1991. “Politics and religion in Eastern Europe and the Soviet Union.” In Politics and Religion in the Modern World, edited by G. Moyserm, 67–96. London: Routledge.