A page from the notebooks of Lajos Szabó 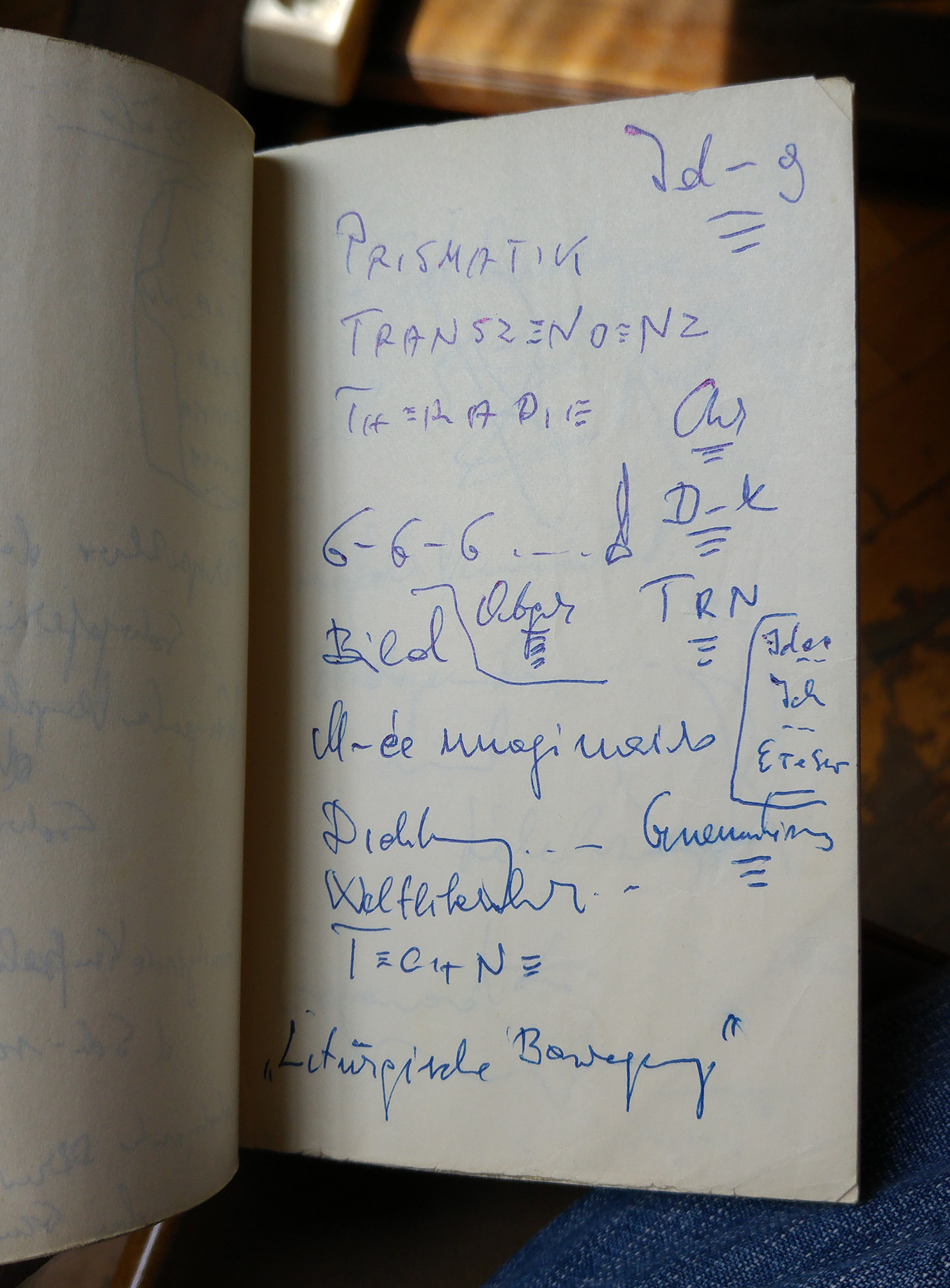 The philosophical notes of Lajos Szabó made in the years he spent abroad (between 1956 and 1967) fill more than one hundred and sixty notebooks. These notes in most cases are not contiguous texts, but groups of keywords and names, as Attila Kotányi drafted it, “systematizing scalings marked by abbreviations, paths of the branching correlations.” Szabó considered exact wording important, so he worked continuously on the purgation of language.

This concrete page was written in German. The first keyword, prismatic, refers to the interrelation of logic, ethics, and aesthetics (they relate as the prism makes colors visible). This concept has great significance in his thought. According to Kotányi, “this triple interrelation is the central dome of his philosophy.” As he worded it, “Prismatic research reveals the vortex motion of beauty, good, and true, in contrast with the dimness of ‘spirit’. The spirit is the unity, movement and energy of this three motifs.”