Painting "The Strike of the Plovdiv Tobacco-Workers" 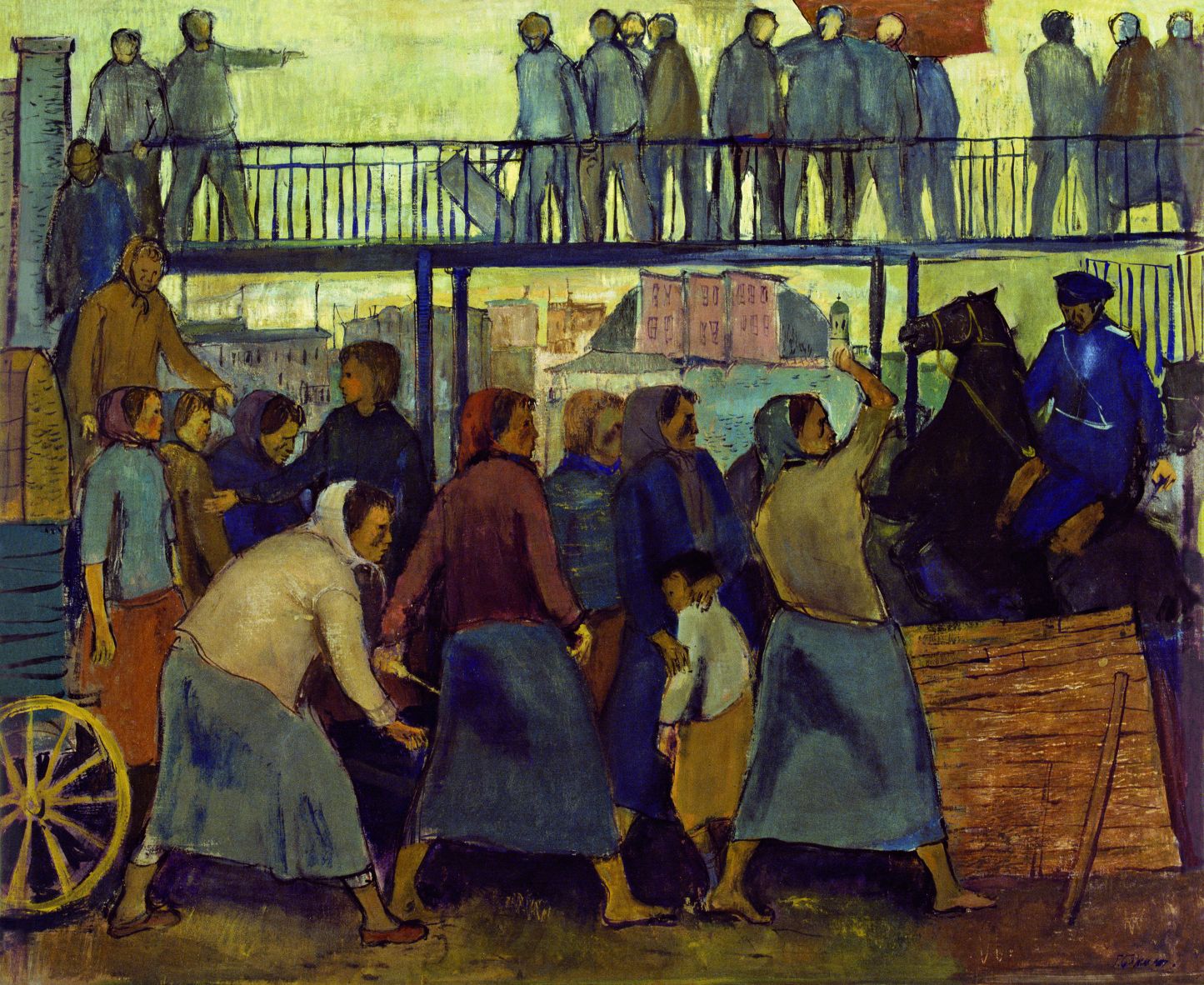 Georgi Yordanov Bozhilov, nickname Slona [The Elephant], was a Bulgarian painter. In 1959, he graduated from "N. Pavlovich" Higher Institute of Fine Arts, specializing in decorative and monumental art.

In 1959, he painted "The Strike of the Plovdiv Tobacco-Workers". Only a few years earlier, in the spring of 1953, Georgi Bozhilov was probably a witness of the strike of the tobacco-workers, mainly women, against the conditions of work at the tobacco factories and storehouses nationalized by the Stalinist regime. The strike which developed into workers' revolt was brutally suppressed by the state militia; there were many victims, killed, wounded and arrested people.

Georgi Bozhilov coded the event by ostensibly representing the strike of the tobacco-workers of the late 1939-1940. Because of the extreme censorship, the jury in the capital was not aware of the strike of 1953. Thus, the work was not only accepted to take part in the exhibition but it also participated in the First International Biennial of Young Artists in Paris.

Georgi Bozhilov – The Elephant was not a victim of the repression of the socialist regime and since the 1960s he participated in joint art exhibitions of the Union of Bulgarian Artists. While still living, he had over 25 individual exhibitions in Bulgaria and abroad (the USSR, Turkey, Poland).

His work is an example of how by using particular works of art the artists managed to evade the censorship of the authorities and to code social messages and criticism towards the regime. Krasimir Iliev stresses the fact that such works "outline what was happening in different periods" but in order to "read" them one needs "reflections, insight and knowledge".